Peter Schmuck: Chalk one up for a couple of the good guys - BaltimoreBaseball.com 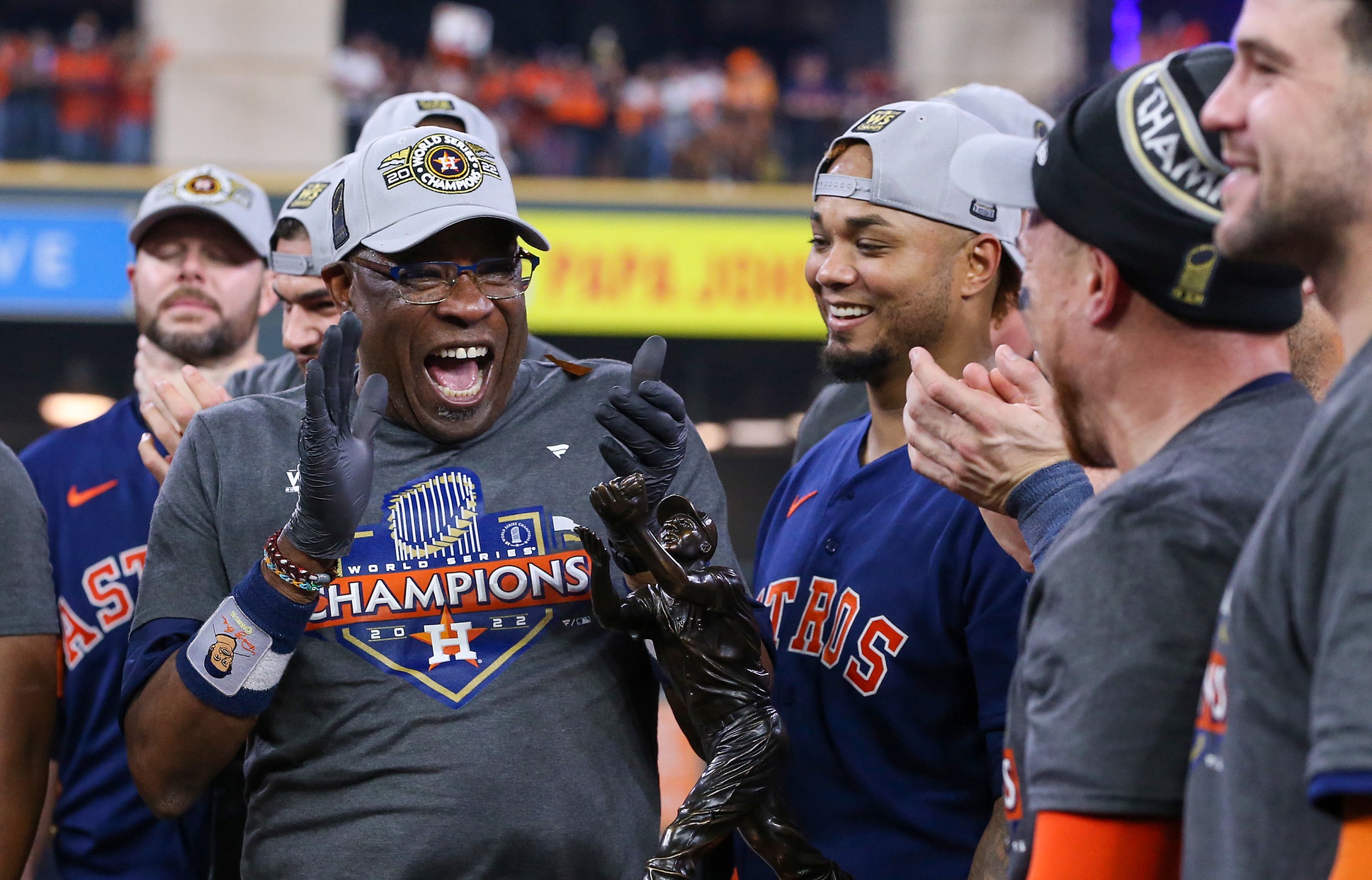 Well at least one supposed truism was debunked when the Houston Astros won the World Series on Saturday night, because a couple of really nice guys finished first.

Of course, I’m being totally subjective here. I’ve known Dusty Baker since the 1970s and always found him to be a straight-up guy who cared about all the right things. The fact that this Fall Classic – which was a classic – almost certainly punched his Hall of Fame ticket just made watching him savor his first world title as a manager all the sweeter.

Baker already has some World Series hardware. He was on that 1981 Los Angeles Dodgers team that staged a series of great comebacks to navigate baseball’s first (if strike-generated) three-tiered postseason. He played in two other World Series with the Dodgers and also came up just short of winning the World Series as a manager with the Giants in 2002.

Throw in the fact that he’s one of the winningest managers in baseball history (2093-1790) and you know he would have become a Hall of Famer long ago if he hadn’t kept accepting managerial jobs into his early seventies.

Former Oriole Trey Mancini is my other personal best guy to get soaked in cheap champagne last night. He didn’t exactly tear it up with the Astros after the O’s traded him at the early August deadline and he managed just one hit in 21 postseason at-bats, but anyone who knows his story – and who around here doesn’t — knows he deserves whatever comes his way after he conquered colon cancer and helped lead the young Orioles out of the wilderness.

This first postseason experience should serve him well as he moves forward, wherever the coming offseason might take him. I’m guessing there are a ton of Orioles fans who hope the team will consider re-signing him as a free agent, but let’s not fool ourselves here. Mancini isn’t really a fit for the O’s anymore and the Orioles aren’t really a fit for him.

It was obvious that the dramatic change in the left-field fence dimensions at Oriole Park got into his head and that was reflected in his disappointing power numbers. He averaged a home run every 21.5 at-bats during his four-plus big-league seasons heading into 2022 and averaged one every 35 at-bats over the four months leading up to the trade.

If he is able to control his offseason destiny, he needs to sign with a team that has most normal fence dimensions and needs a solid bat who can help at first base, designated hitter and in the outfield. That might be a tough find, but Mancini has proven he can land on his feet under much tougher circumstances.

To be fair, there are a lot of good guys on that Astros roster, though the organization still carries the stain of the cheating scandal that tarnished its earlier success. Baker took over the team in 2020 and led it to the World Series in each of his two full seasons. He also handled the post-scandal period deftly and won back a lot of disenchanted fans.

Saturday night’s clincher put him in a position to walk away on the baseball mountaintop, but I’m guessing he sticks around because he’s having way too much fun for a 73-year-old. He deserves to go out any way he wants, but it better be with a plaque in upstate New York.