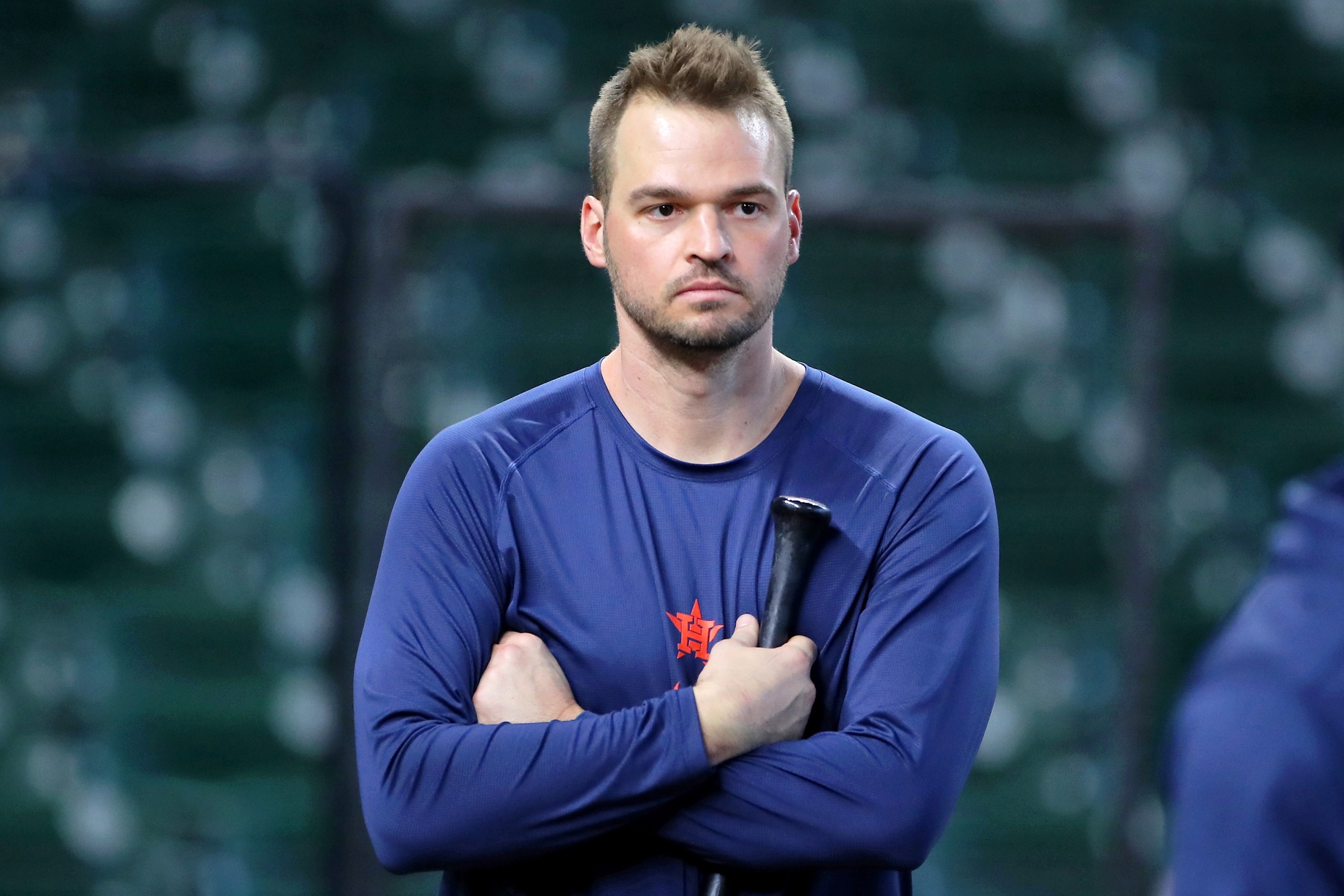 When the Orioles traded their most popular player, Trey Mancini, to the Houston Astros on August 1st, it seemed that Mancini would have an excellent chance to play in a World Series.

It was wonderful to see Mancini as one of the first Astros to run on the field at Yankee Stadium early Monday morning to celebrate as Houston completed a four-game sweep over New York.

No one deserves to play in the World Series more.

While Mancini was celebrating along with his teammates, he knows that his performance with the Astros has been a disappointing one. During the regular season, he hit just .176 with eight home runs and 22 RBIs in 51 games after the trade.

During the postseason, Mancini is hitless in 12 at-bats, though he did drive in Houston’s third run in Saturday’s Game 3 5-0 win  with a sacrifice fly.

Dating back to the regular season, Mancini is hitless in his last 21 at-bats, hasn’t had a hit since October 2nd, and hasn’t homered since September 17th.

The Orioles did beat the Astros in four of seven games during the season.

During the Orioles’ series in Houston in late August, Baker wasn’t sure how to use Mancini, whom he played at first base, left and right field, and designated hitter.

Mancini has been the DH in Games 1 and 3 of Houston’s three-game sweep of Seattle in the Division Series and in Games 3 and 4 of the League Championship Series.

“He’s a good teammate, very good teammate, and he has a lot of power,” Baker said. “We’re trying to figure out where I’m going to play him. [The Orioles] probably had the same problem.

“He enjoys being here. I’m sure he missed over there some because [when] you’ve been somewhere a long time, and you’re such a popular person when you’re there. I guess that means that we’ve got to find a way to play him the best place where he can help us. He’s more of an offensive player than a defensive player. He’s working hard on his defense, probably the same way [he] did over there.”

During the postseason telecasts, there were a few mentions of Mancini’s valiant comeback from colon cancer that cost him the 2020 season. His offensive struggles weren’t a huge storyline. Second baseman, Jose Altuve’s battles at the plate got much more attention. He’s 3-for-32 in the postseason.

With Houston, Mancini isn’t a key player, and the Astros have managed to win each of their seven postseason games by a total of 13 runs without much help from him.

Mancini’s stats make for an uncertain future. He and Houston have a $10 million mutual option for 2023, a clause that was negotiated with the Orioles to avoid an arbitration hearing. The Astros will surely pass on that option, making him a free agent.

It has been Mancini’s good fortune to play with Houston, one of the most complete teams in recent years. They have superb starting pitching, a stout bullpen, an outstanding starting lineup and a future Hall of Fame manager.

Baker is ninth on the all-time win list but lacks a World Series title.

The matchup with the Philadelphia Phillies, which seems lopsided, is still intriguing. The Phillies won 87 games in the regular season, just four more than the Orioles, and were the final team to qualify for the postseason.

Philadelphia’s Citizens Bank Park, one of the most underappreciated venues in Major League Baseball, is just 100 miles away, but proximity isn’t likely to sway many Oriole fans from rooting for the Phillies.

There are several former Orioles’ front office executives working in Philadelphia, and longtime third base coach Bobby Dickerson is the Phillies’ infield coach, but none of their players has been with the Orioles.

A matchup between the Astros and San Diego Padres, who lost in an exciting five-game NLCS to the Phillies, would have been more fun for many Oriole fans.

Even though Manny Machado has been gone from the Orioles for 4 ½ seasons, watching him and Mancini in the World Series would have been fun.

Machado, who’ll get plenty of National League Most Valuable Player votes, was 5-for-21 (.238) with two home runs in the NLCS.

However the Series turns out, and Houston should win in five games, Oriole fans hope that Mancini shines, and a year from now, perhaps the Orioles can be there, hoping to break a 40-year World Series drought.

Coaching staff back, plus 1: The Orioles are bringing back their 2022 coaching staff for next season and making one addition.

Cody Asche, who joined the team as its upper-level hitting coordinator, will move to the major league staff as director of offensive strategy.

Asche played four seasons for the Philadelphia Phillies and one with the Chicago White Sox from 2013-2017.

Cossins and Hernández were part of manager Brandon Hyde’s original staff in 2019. González, Holmes and Sanders will begin their fourth seasons, Holt and Mansolino start their third seasons, Fuller and Borgschulte joined the staff in 2022.

News of the coaches’ status was first reported by MASNsports.com and confirmed by an industry source.