The case for the Orioles' Jorge Mateo as a Gold Glove shortstop - BaltimoreBaseball.com 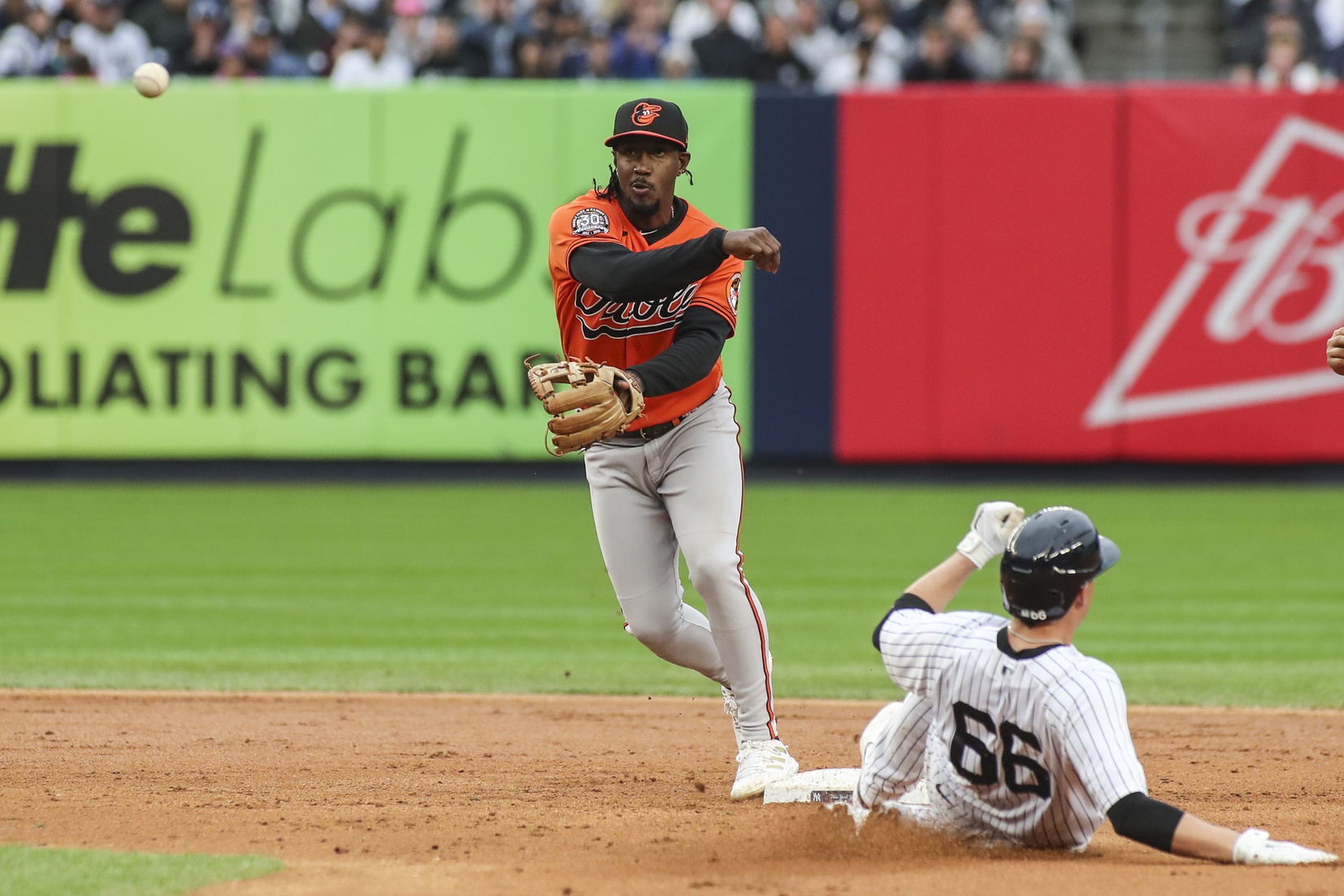 It was easy to see that Jorge Mateo’s outstanding play at shortstop was a principal reason the Orioles’ record improved by a whopping 31 games this season. Mateo made dazzling play after dazzling play.

But Mateo was somehow overlooked when the finalists for the Rawlings Gold Glove award were made public on Thursday.

Boston’s Xander Bogaerts, Minnesota’s Carlos Correa and Houston’s Jeremy Peña are the finalists for the award that will be announced on November 1st.

Oriole broadcaster and Hall of Fame pitcher Jim Palmer, who won four Gold Gloves, said on Twitter: “No disrespect but any list of gold glove SS that does not include Jorge Mateo is bogus. Why, my eye test after Aparicio, Belanger, Ripken, Bordick, Hardy.”

Curiously, Orioles third baseman Ramón Urías joined Toronto’s Matt Chapman and Cleveland’s José Ramirez as finalists despite Urías starting just 84 games there. Urías started 19 games at second base and four at shortstop, so he could have been included in the new utility players category.

Despite a fine rookie season, Adley Rutschman wasn’t among the finalists for catcher.

The Gold Glove awards aren’t like the four major awards voted on the Baseball Writers’ Association of America. The results of Rookie of the Year, Manager of the Year, Cy Young Award and Most Valuable Player, which will be announced next month are transparent. Votes are revealed after the announcement.

Managers and up to six coaches on each team vote for the Gold Gloves, and they can’t vote for players on their own team. Votes are anonymous. The SABR Defensive Index represents 25 percent of the vote.

Mateo’s competition was tough. Bogaerts and Correa are two of the game’s most accomplished shortstops. Peña replaced Correa for the Astros and is likely to get some Rookie of the Year votes.

Like Peña, Mateo was in his first full year as a major league regular, but the Orioles don’t get as much attention as the Astros.

His stats show that he’s worthy of being a finalist. Mateo had a 2.3 defensive WAR (Wins Above Replacement) while Bogaerts’ was 1.2, Correa’s was 1.1, and Peña’s was 2.4.

Bogaerts, Correa and Peña had superior offensive stats, but those shouldn’t be part of considering their value as fielders.

Mateo did commit 17 errors, but Peña made19. The Houston rookie did have more Defensive Runs Saved, 16 to Mateo’s 15, according to The Fielding Bible.

Bogaerts, who had only four DRS, and Correa, who had three, are much more decorated in their careers. Correa, a two-time All-Star, won the Gold Glove in 2021 while Bogaerts is a four-time All-Star.

It would be a shock if Urías beat out Chapman, a three-time Gold Glove winner, and Ramirez. Urías had a 1.9 Defensive WAR and 14 Defensive Runs Saved in his time at third.

Defensive metrics play a much more important role in today’s voting than they did several decades ago when Los Angeles Dodgers first baseman Steve Garvey won four Gold Gloves from 1974-1977 despite having a negative Defensive WAR each year. Garvey, whose offensive statistics suggest he should be a Hall of Famer, accumulated a -11.7 Defensive WAR in his career, badly hurting his Hall of Fame chances.

As the Orioles continue to gain a higher profile, their chances for winning Gold Gloves will increase.

Adam Jones won a Gold Glove as an outfielder in 2009 when outfield positions weren’t differentiated, and added three more as a centerfielder in 2012, 2013 and 2014.

J.J. Hardy won the Gold Glove shortstop award in 2012 and 2013, and Manny Machado, who also was snubbed this year, was the Gold Glove third baseman in 2013 and 2015. Machado whose 2015 award was the Orioles’ most recent, won the Platinum Glove in 2013, awarded for the American League’s top fielder.

The Orioles have won 71 Gold Gloves since 1957 when voting began, the most in the American League, trailing only St. Louis’ 96.

Brooks Robinson won 16 Gold Gloves at third base, the most among all non-pitchers. Greg Maddux won 18 and Jim Kaat 16.