Adam Jones says Orioles didn't give him enough time to consider trade; 'I have no animosity' - BaltimoreBaseball.com 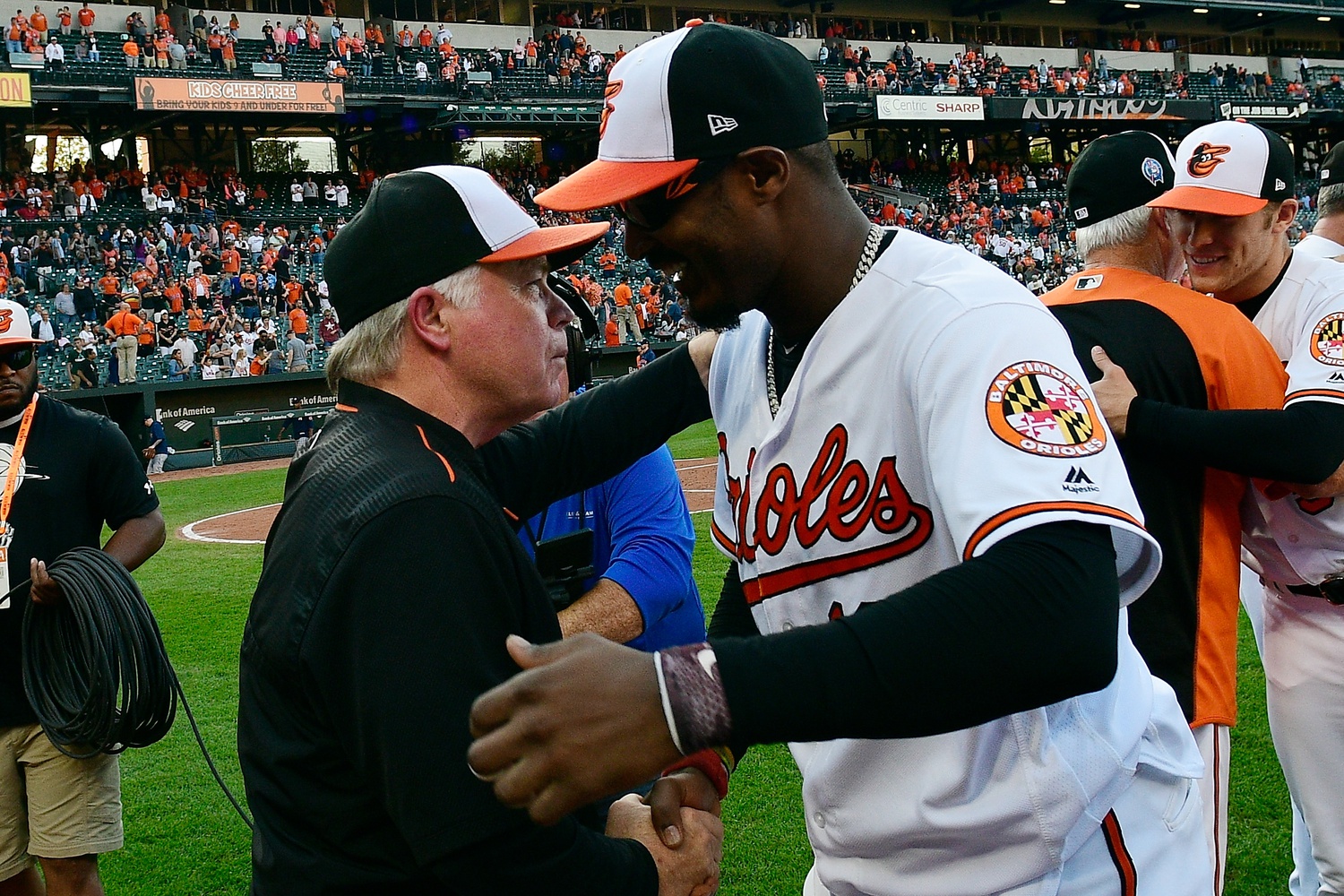 Adam Jones hasn’t had any association with the Orioles since he left the team after the 2018 season.

Though he was hurt by the team’s attempt to deal him just before the July trade deadline and was able to stop a deal because of his stature as a 10-year major league veteran with five years on the same team, Jones follows the Orioles—and Ravens—closely and has a strong affinity for the city where he played for 11 seasons.

In his time with the Orioles, Jones won four Gold Gloves in center field, was a six-time All-Star and is an all-time franchise leader in a number of offensive categories.

He was the most popular player on a team that made three postseason appearances in five years and broke a string of 14 losing seasons.

Besides his on-field heroics, Jones was heavily involved in community projects.

Jones and longtime local sports broadcaster Jerry Coleman have begun a new podcast. In the initial edition, he defended his decision to veto a deal to the Philadelphia Phillies.

He said Dan Duquette, then the Orioles’ executive vice president, approached him on July 27th — four days before the trade deadline, nine days after Manny Machado had been traded to the Los Angeles Dodgers and three days after Zack Britton was sent to the New York Yankees — to gauge his interest in a move.

“I can mentally prepare for that, also, but if you’re giving me four days to make a decision, I’m immediately like guarded, ‘What? What?’”

“Get traded, go to a new ballpark, then play a different position, right? And platoon? I’m like: ‘Hell, no.’ For me, it doesn’t make sense, I’m going to probably lose 100 at-bats.”

Jones thought that the reduced playing time he’d get in Philadelphia would cost him when it came time for free agency that fall.

Despite his outstanding production with the Orioles, at 33, Jones settled for a one-year, $3 million contract with Arizona in 2019. He concluded his career with two years in Japan.

When he came to Yankee Stadium on July 31st, he learned that the Orioles also had traded Kevin Gausman and Darren O’Day to Atlanta, and Jonathan Schoop to Milwaukee.

“Damn, this is weird, but I look back upon it, and I think it was the right decision. In hindsight, I would have loved to have stayed,” Jones said.

Jones said some fans supported his stance, and some didn’t.

“People were like, ‘You’re being selfish. You should do what’s best for the organization … You could have gotten us back a prospect.’ You’re getting back three fungoes and a box of baseballs. You’re not getting back anything for me. It was a salary dump. That’s all it was.”

If Jones had been approached earlier, the Orioles could have attempted to gauge interest from more teams, he said, and he probably would have accepted a trade.

“I have no animosity towards the Orioles,” he said. “It’s business … The opportunity that the Angelos’ gave me, it would be moronic for me to ever badmouth them. They gave me an opportunity. They gave me a little bit of pocket change that I’m able to travel the world with my family.”

In August, Jones was one of a number of prominent former Orioles who didn’t attend the 30th anniversary celebration of Camden Yards. He pointed out that teammates J.J. Hardy, Nick Markakis, Brian Roberts and Matt Wieters weren’t there, either.

“Why am I the only one that people are singling out, like why I wasn’t there?” he said.

After Jones left the team in 2018, Duquette and manager Buck Showalter were fired and replaced by Mike Elias and Brandon Hyde.

Jones, who lives in San Diego was invited to throw out a first pitch but declined to travel to Baltimore.

“I think there’s something that can be worked out, obviously,” Jones said. “The impact [when] I was there, it was great.”

Although he says there’s no relationship, the Orioles have not issued his number 10 to any player since he left.

“Later, there can be something else done,” Jones said.