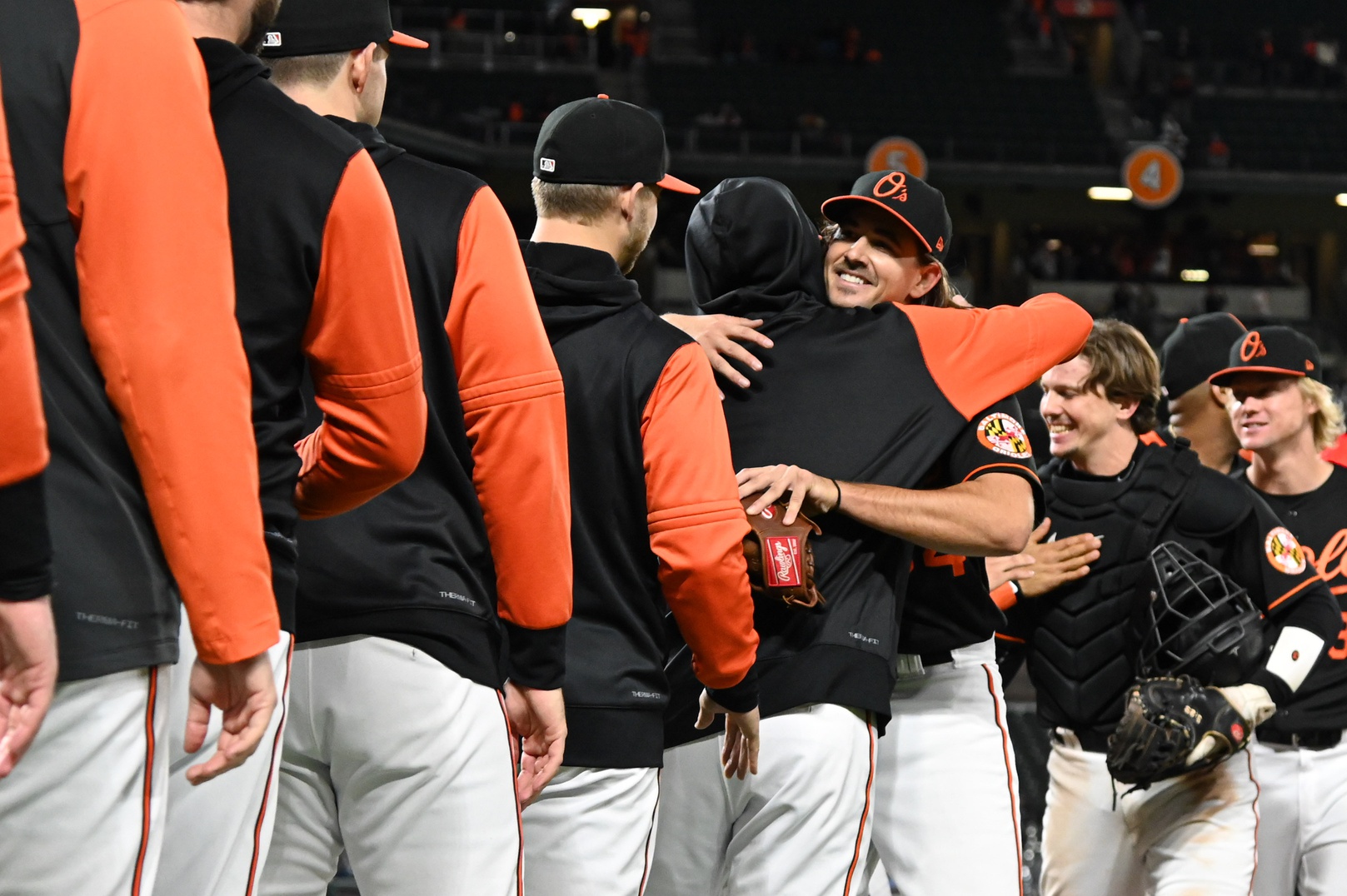 Like a lot of you, I’m suffering from a severe case of Orioles withdrawal.

Never thought I’d be saying that back when the O’s were 6-14 on April 29th, but they picked themselves off the floor in the rough-and-tumble American League East and turned the 2022 season into both a revelation and a respite.

In a world of worry over COVID and Ukraine and the unraveling global economy, the Orioles were a safe place for three (or four) hours almost every day or night for the past six months. They grew into something the beleaguered fan base could be proud of and proved that the Mike Elias rebuilding plan was not just more small-market smoke and mirrors.

For some strange reason, every time I headed to the ballpark in August and September, I was reminded of the 80’s-era bumper sticker that read “Are we having fun yet?” And for the first time in too many Orioles seasons, the answer was a resounding “Yes!”

The O’s did not just win 31 more games than last year and remain a legit wild card contender longer than anyone could have imagined. They did so with a flair for the dramatic and with a team of attractive young players who played with their hearts on their sleeves and that ubiquitous home run chain so frequently around their necks.

How unlikely was their competitive renaissance? Well, the wise guys in Vegas set the over-under on the Orioles’ 2022 win total at 62.5, which reflected a belief that the Elias rebuilding project would take a step forward, but nothing to get particularly excited about.

Some of the preseason win projections had them prevailing in fewer than 60 games for their fourth straight (full) season. The Sporting News, in a rare burst of optimism among the national publications and websites, had them winning an almost-respectable 70.

But as April drew to a close, there was little reason to believe that the Orioles would show any improvement at all. When they lost the first game of a three-game home series against the Red Sox to fall to 6-14 on April 29th, their .300 winning percentage was decidedly lower than any of the first four years of the rebuild.

Of course, April already was well-established as the cruelest month. Pitching ace John Means made just two starts before elbow soreness ended his season just six games into the schedule. He underwent Tommy John surgery on April 26th and probably will not be ready for Opening Day next year. March wasn’t too great either. Top prospect Adley Rutschman suffered a strained triceps early in spring training, which ended any reason to speculate whether he would open the season in the major leagues.

When April came to an end, only two members of the Orioles’ makeshift rotation – Jordan Lyles and Bruce Zimmermann — had registered a victory and the only pitcher with two wins was closer Jorge López.

Still, that weekend series against the Red Sox was a turning point…sort of, and it set the stage for manager Brandon Hyde to prove that he was more than just a caretaker manager overseeing a developing team. He did a masterful job of managing a seemingly undermanned pitching staff and led the Orioles through a historic turnaround that should convince voters to name him the American League Manager of the Year.

The Orioles came back to win the final two games of that Boston series and began playing more competitive baseball, though they would fall as far as 11 games under .500 before beginning a long march to respectability that featured a 10-game winning streak in early July that vaulted them over the .500 mark for the first time.

By then, there were all sorts of signs that the organization had finally shifted out of rebuild mode. Rutschman needed a few weeks to get comfortable after coming up in May and was quickly establishing himself as one of the top all-around catchers in the game. López was on his way to his first All-Star Game at the head of a no-name bullpen that was performing beyond anyone’s wildest expectations.

The rotation was spotty, but Lyles grinded out innings and young starters Tyler Wells and Dean Kremer were starting to look like keepers.

The Orioles weren’t exactly crushing the baseball, but they seemed to find their swing in the late innings and delivered a number of exciting comeback victories. They also got some footing on the late-night highlight shows, largely because of the breakout performance of flashy shortstop Jorge Mateo, who would make dazzling plays on an almost nightly basis and also out-sprinted teammate Cedric Mullins to finish the season as the American League stolen base leader.

All this left Elias with some tough choices to make when the midseason trade deadline arrived in early August. The fans obviously wanted him to stay the course and give the O’s the best possible chance to snatch that third American League wild card berth, but Elias stayed his own course and continued to build his “elite talent pipeline” by trading away López and popular slugger Trey Mancini.

There’s no way to know how that affected the Orioles’ chances of reaching the playoffs, but they did not let up. Félix Bautista graduated into the closer role and was terrific, but the Orioles still had trouble scoring runs in September and certainly could have used Mancini down the stretch.

Even though Mullins had another strong offensive season and Anthony Santander set career highs with 33 homers and 89 RBIs, the offense averaged just under four runs per game (3.97) from September 1st through the end of the season, and that average fell to just 3.06 runs per game if you exclude the four games in which they scored nine runs or more.

It seems clear, however, that with the emergence of Rutschman and the late-season arrival of Gunnar Henderson, the Orioles are positioned well to pump up the volume at the plate next year.

The playoff dream died when the O’s lost eight of their last 12 games, but they delivered a few more highlights on the way to a series victory over the AL East champion Yankees in the Bronx that locked up their first winning season since 2016. Making Aaron Judge wait until they left town to hit his American League record 62nd home run was just a bonus.

It was quite a ride and all the indicators going forward are positive, but that makes the coming offseason all the more important. The Orioles showed that they could be ready for prime time in 2023, but this uplifting season still did not move the needle when it came to attendance, which was only slightly higher than the last season (2019) in which attendance was not restricted because of COVID.

Elias has promised to pursue some significant acquisitions this winter and he now has the organizational depth to deal from a position of strength.

Should be interesting. If Elias could get the Orioles this far with fringe acquisitions such as Mateo, Bautista and Austin Voth, imagine what he might do with some real money and good young players to trade.