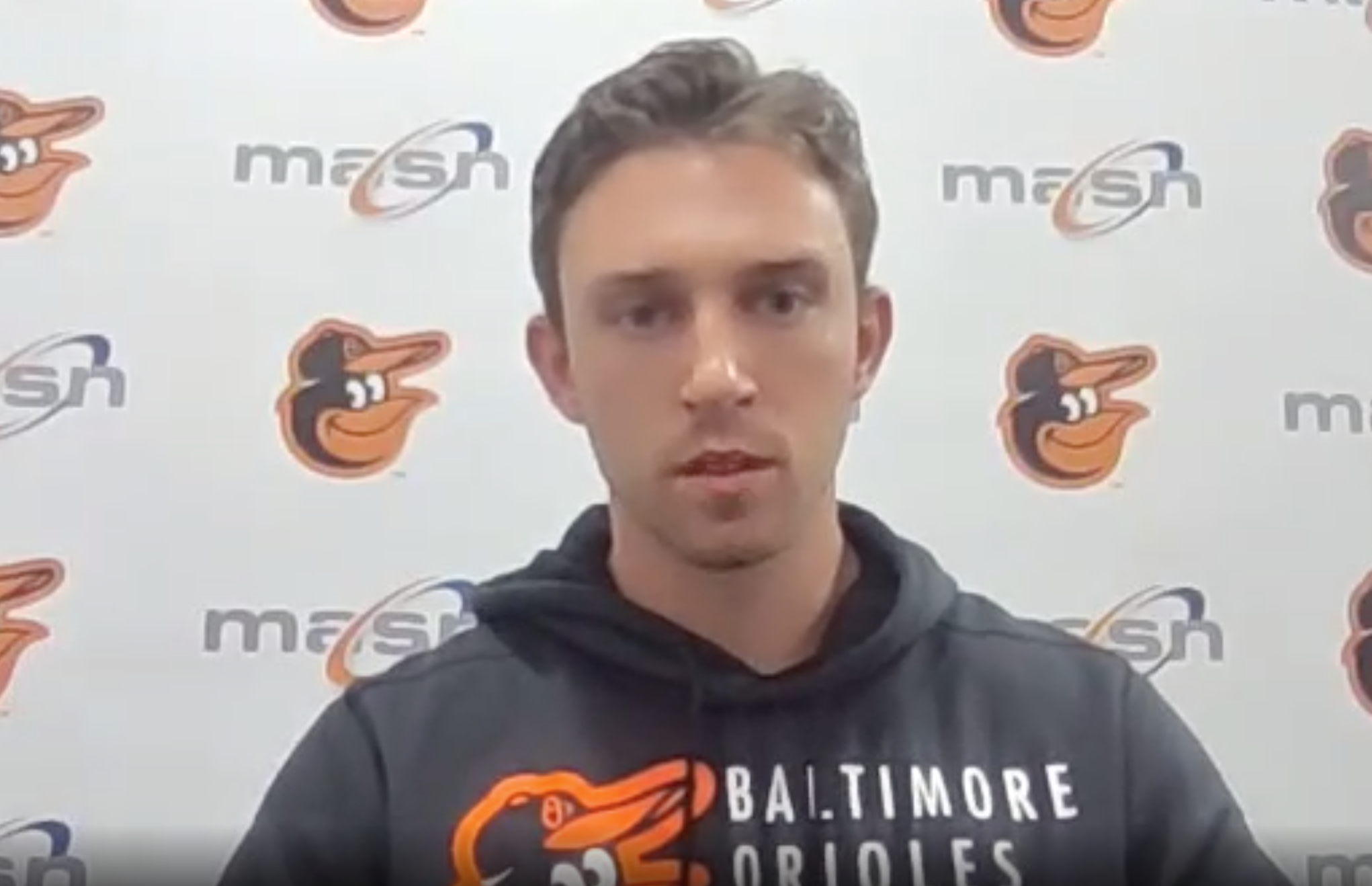 BALTIMORE—When Gunnar Henderson was named Baseball America’s Minor League Player of the Year, many thought that Henderson was going to be the top minor league position player in the Orioles’ organization as well.

Instead, Jordan Westburg, who has been a minor league teammate of Henderson for most of the past two seasons ,was given the honor, which surprised him.

“Certainly when I saw the news that Gunnar won the Baseball America Minor League Player of the Year award, I was definitely happy for him,” Westburg said at an interview session at Oriole Park on Tuesday. “I was a little shocked that I won the Orioles’ award just because that’s a little bit bigger of an award. That’s a little bit bigger accomplishment. There were a lot of guys deserving of this award, and I was lucky to have won it.”

“I’m happy that I won it,” Westburg said. “It’s not about me. It’s about winning games and winning championships, and that’s what it’s going to come down to. Right now, it’s still cool to win this award.”

Westburg doesn’t have to be protected on the 40-man roster this winter and by not bringing him to the major leagues in September will allow the team to protect another minor leaguer in an organization full of strong prospects.

“To see the organization, where it is now, where we’re starting to win at the big league [level], that excitement at every level, it’s super awesome to see,” Westburg said. “It’s super awesome to be a part of and, hopefully, we can continue to do that for the next couple of years.”

The 6-foot-3, 23-year-old came to Orioles’ big league camp to play in some Grapefruit League games this year,and could challenge for a spot on the roster out of spring training next year.

There are far more top position player prospects than there are highly rated pitchers, and the organization selected Ryan Watson for its top award.

“It’s really difficult to stand out in this org,” Matt Blood, the Orioles’ director of player development said. “We have a lot of really good players. Choosing this was not easy, but we felt like Ryan, with his development from last year to this year his performance at Double-A is really what won him this.”

“It’s a lot of hard work that went into it,” Watson said. “The Orioles gave me a chance, and I didn’t want to let it go waste.”

Watson was primarily a reliever at Auburn, but this year the Baysox used him mostly as a starter. His appearances for the Tides were in the bullpen.

“I can do both,” Watson said. “I was a reliever throughout college so I’m used to that role, but I feel I developed myself very well as a starter and I’ve proven myself as a starter. Whatever position that I need to be in to help the big league team win ballgames at the end of the day, that’s the goal.”

The Orioles’ player development award went to High-A Aberdeen manager Roberto Mercado, who a year ago was working as dean of students at a high school in New Britain, Connecticut and its baseball coach, took the IronBirds to within a game of the South Atlantic League championship in his first season in professional baseball.

“If you’re not excited, I don’t know what you’ve been watching,” Mercado said. “There are some great days ahead for the Baltimore Orioles.

Blood said Mercado’s hiring, which may have seemed unusual, was a logical one.

“We bring staff from all different walks of life,” Blood said. “He’s from a high school in Connecticut, but let’s not sell him short. He’s been around baseball for a long time in working the Cape Cod League and coaching high school baseball. He’s a teacher, and ultimately in the minor leagues, coaching is about teaching.

“We felt he would be a really good fit to our organization. We’d be able to coach him along, and man did he ever just take every little bit of information to him that was provided to him and provide an incredible environment with that staff there in Aberdeen and the players, if you ask them, they learned a ton this year. That’s why he won this award.”

Note: Because of Tuesday’s rainout, the minor league award winners weren’t recognized on the field. Scott Walter, an area scout who was named the organization’s top scout, was not present.