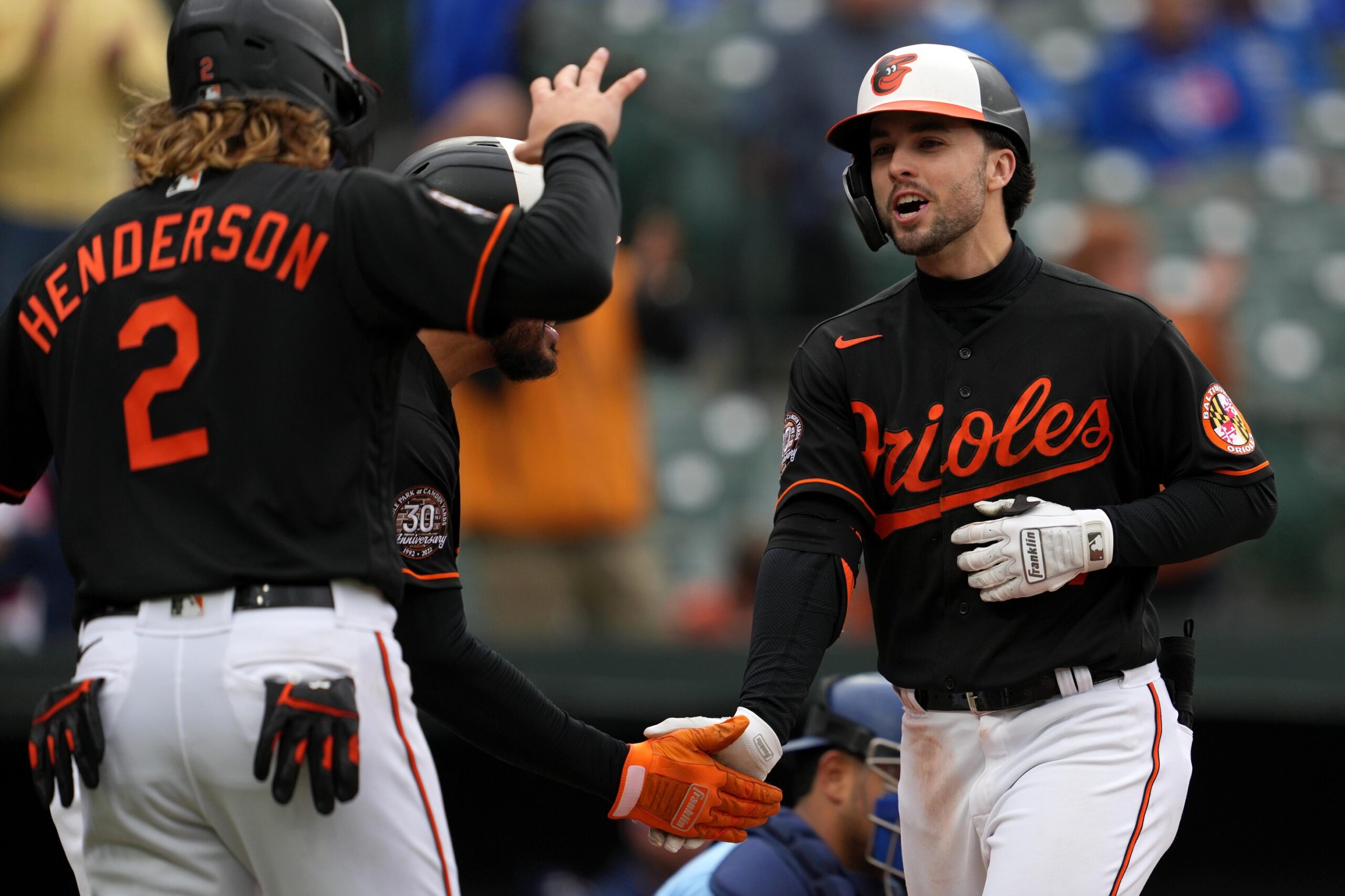 BALTIMORE—Terrin Vavra has been one of the overlooked Orioles’ rookies this season. While Gunnar Henderson, Adley Rutschman and Kyle Stowers have received the attention and accolades, the 25-year-old infielder has mostly watched since his major league debut on July 29th.

Anthony Santander walked against Mitch White (0-5) with one out. Gunnar Henderson singled and, after Austin Hays was called out on strikes, Vavra homered.

Vavra, who’s starting the second game of the doubleheader in left field, is batting .271 with 12 RBIs and now a home run.

“We were pretty empty offensively, and then he got a huge hit for us,” Hyde said. “I think he’s come up here and shown the ability to take a major league at-bat and the ability to manage the strike zone. I like how short his swing is, how he uses the whole field. He’s got some versatility. He’s done a really good job in a non-everyday role, being able to give a major league at-bat.”

Hall has impressed Hyde in the last few weeks.

“Confidence, huge arm, improvement in his slider and changeup,” Hyde said. “It’s going to be fun to watch him going forward. I like the energy he pitches with. He wanted to go back out for the ninth. He was disappointed when I told him I was bringing in Bake. He gave me the look, ‘that stinks.’ I really, really like the makeup on this guy.”

Toronto (91-70), which begins its best-of-3 wild-card series against the Seattle Mariners on Friday night, used four relievers to pitch the first four innings. White, who was supposed to start, pitched the last four innings and was optioned to Triple-A Buffalo after the game.

“That was very important. We have a doubleheader today, 18 innings,” Baumann said. “To go into the sixth for the first time in my career, that was great. Hopefully, it saved an inning and an arm in the bullpen.”

Baumann began the season with the Orioles but spent most of the year with Triple-A Norfolk and ended with a 4.72 earned-run average. It’s likely he’ll contend for a spot on the team in spring training next year.

“I think I turned my season around if you look at my first month,” Baumann said. “There’s still a lot of room to grow. I feel like I ended stronger than I started and that’s something that I’m proud of.”

Baumann allowed a second-inning RBI single to Otto López and a three-run home run to Gabriel Moreno, the first of his career in the sixth.

The Orioles (83-78) scored two runs in the sixth on a two-run double by Hays.

“We like to make it tough, pitch out of jams and then pop one late to get a win,” Hyde said with a smile.

Lyles sits: Jordan Lyles’ turn in the starting rotation would have come on Wednesday, but Hyde decided not to start him after he allowed one run on four hits in seven innings last Friday against the Yankees.

“We just felt that after that start in New York, he made 32 starts for us, did everything we could have asked him and more,” Hyde said. “He’s had a heck of a year. We’re so happy with what he’s done. We wanted to end it on a good note with start at Yankee Stadium.”

Lyles has an $11 million option for 2023, but executive vice president/general manager Mike Elias said he won’t talk about whether the team will exercise it.

“That’s not something I declare this far in advance,” Elias said. “Part of this business is the calendar that contracts and the major league schedule put forward. I think that looking at what Jordan did for us this year, it was more than exactly what we hoped for when we signed him.

“He was a tremendous influence on our staff this year. He pitched 179 innings, won some games for us, helped these young guys take a step forward, helped protect our young bullpen that did so much this season, so kudos for everything, but we’ll take the business aspect of the business as it comes. But in a baseball sense, I want to thank him and congratulate him for 2022.”

Elias on ownership suit: Elias was asked on Wednesday if he thought Louis Angelos’ lawsuit against his brother, John, and his mother, Georgia, would have any effect on the team’s offseason.

“We’ve had challenges and strange things every year since we’ve been here,” Elias said. “I’ve learned that every organization, there’s always kind of stuff going on that you have to deal with. [Hyde and I] both have a lot of experience in this business. We’ve demonstrated an ability to navigate other unexpected activities off the field in the years we’ve been here and I see anything going on at the franchise level as no different.

“I think the Orioles post a unique challenge and unique rebuild with some of the ambient circumstances in the division, the market. I think that’s always going to be a little bit of the case going forward, but I feel great about the people that we have in the organization, the support from the ownership level, the partnership group and the health and continuity there between baseball ops and the owners. It’s a very constructive setup. I think we’re going to do very well.”