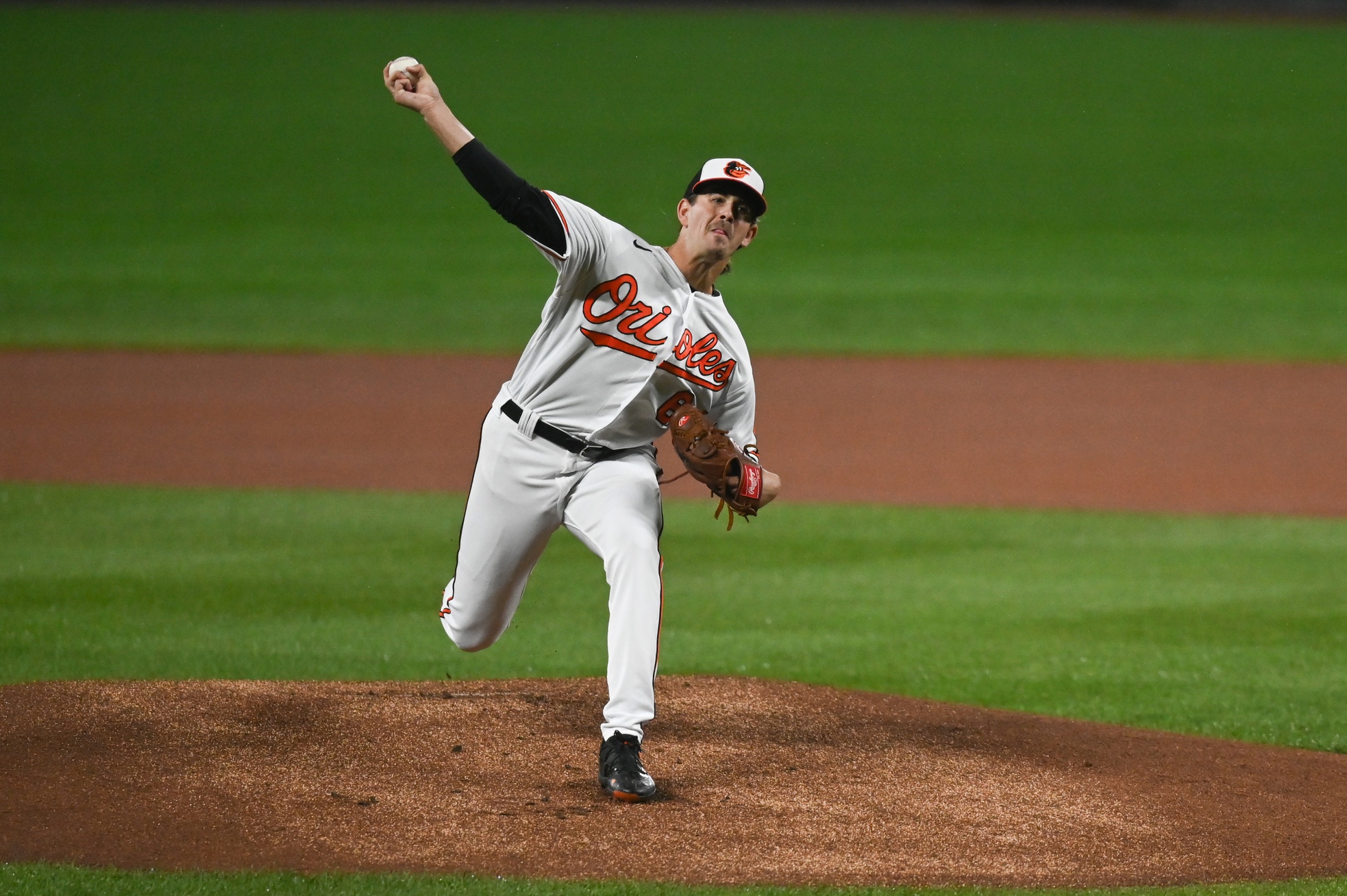 BALTIMORE—It was a bittersweet day for Oriole starter Dean Kremer. He was named as a pitcher for Team Israel in the 2023 World Baseball Classic on Monday and then allowed four runs, three earned, in six innings as the Orioles lost to the Toronto Blue Jays, 5-1, before a wet and chilled crowd announced at 10,642 at Camden Yards.

The game was called after a delay of 54 minutes with the bases loaded for Toronto and two outs in the top of the eighth.

Kremer (8-7) closes a productive season with a 3.23 earned-run average. After missing two months because a left oblique strain, Kremer improved his control, and the effectiveness of his four pitches, especially his two-seam fastball. Two starts ago, Kremer threw a complete-game shutout against Houston, allowing just four hits.

“The mound was wet,” Kremer said. “But you’re going to have nights like this. The balls were slick. It was raining. It was gross cold … I got through it.”

With two games left, the Orioles (82-78) had just three hits on a raw evening with a gametime temperature of 49 degrees, lowest of the season at home.

“Not easy to play in,” manager Brandon Hyde said. “Kind of a tough night all around. Wet, cold. Dean, it affected him a little bit. His stuff wasn’t the same as it is normally.”

Toronto (91-69) is closing in on home-field advantage for the wild-card round of the playoffs that begins on Friday. The Blue Jays would play at home in each of the games in the best-of-3 round, playing either the Seattle Mariners or Tampa Bay Rays.

Toronto starter José Berríos (12-7) allowed a run on three hits in six innings. He’s 9-0 with a 2.92 ERA against the Orioles. Tim Mayza earned his second save.

A two-out double by Whit Merrifield in the second inning gave Toronto a 2-0 lead. Vladimir Guerrero Jr. hit his 32nd home run in the third to make it 3-0.

Oriole shortstop Jorge Mateo singled with one out in the third and stole his 35th base, one ahead of  teammate Cedric Mullins for the American League lead. Mullins and Adley Rutschman, who was named the Most Valuable Oriole earlier in the day, walked to load the bases.

Anthony Santander hit a drive to right field that Teoscar Hernández ran down and caught with a leaping catch. Mateo scored on the sacrifice fly to make it 3-1.

“We made a run there with the Santander ball to the wall that Hernández made a nice catch on,” Hyde said. “Maybe change the game a little bit, but besides that not a whole lot going on for us.”

Merrifield had a bunt single to start the fifth, and reached second on a throwing error by Kremer. He advanced to third on an infield out and scored on a wild pitch by Kremer to give Toronto a 4-1 lead.

“The most important thing was just not backing down from anybody that stepped into the box,” Kremer said of his approach. “No matter what their name was or who they played for or anything like that. That’s the biggest difference, I think, other than the stuff.”

In June 2021, Kremer was sent to Triple-A Norfolk after struggling with his control and made only one appearance after that. He finished with an 0-7 record and 7.55 ERA in 13 starts.

“I want to believe that he’s that pitcher that threw against Houston two starts ago,” Hyde said. “That really matured a lot in his pitch development. All four of his pitches have improved. His fastball velocity was up. He just learned how to pitch more and was able to execute a lot better this year … I thought he had a bunch of really good starts this year, so I’m excited going into spring training with him next year.”

Aa RBI single by Matt Chapman in the eighth against Yennier Cano padded the lead to 5-1 before time was called.

Kremer is looking forward to pitching for Team Israel.

“Super excited. Been playing for their national team for a handful of years previously and played in the last WBC,” Kremer said. “Any time I get to represent the country, it’s a really fun experience.”