Orioles-Blue Jays game rained out, will be made up as season-ending doubleheader on Wednesday - BaltimoreBaseball.com 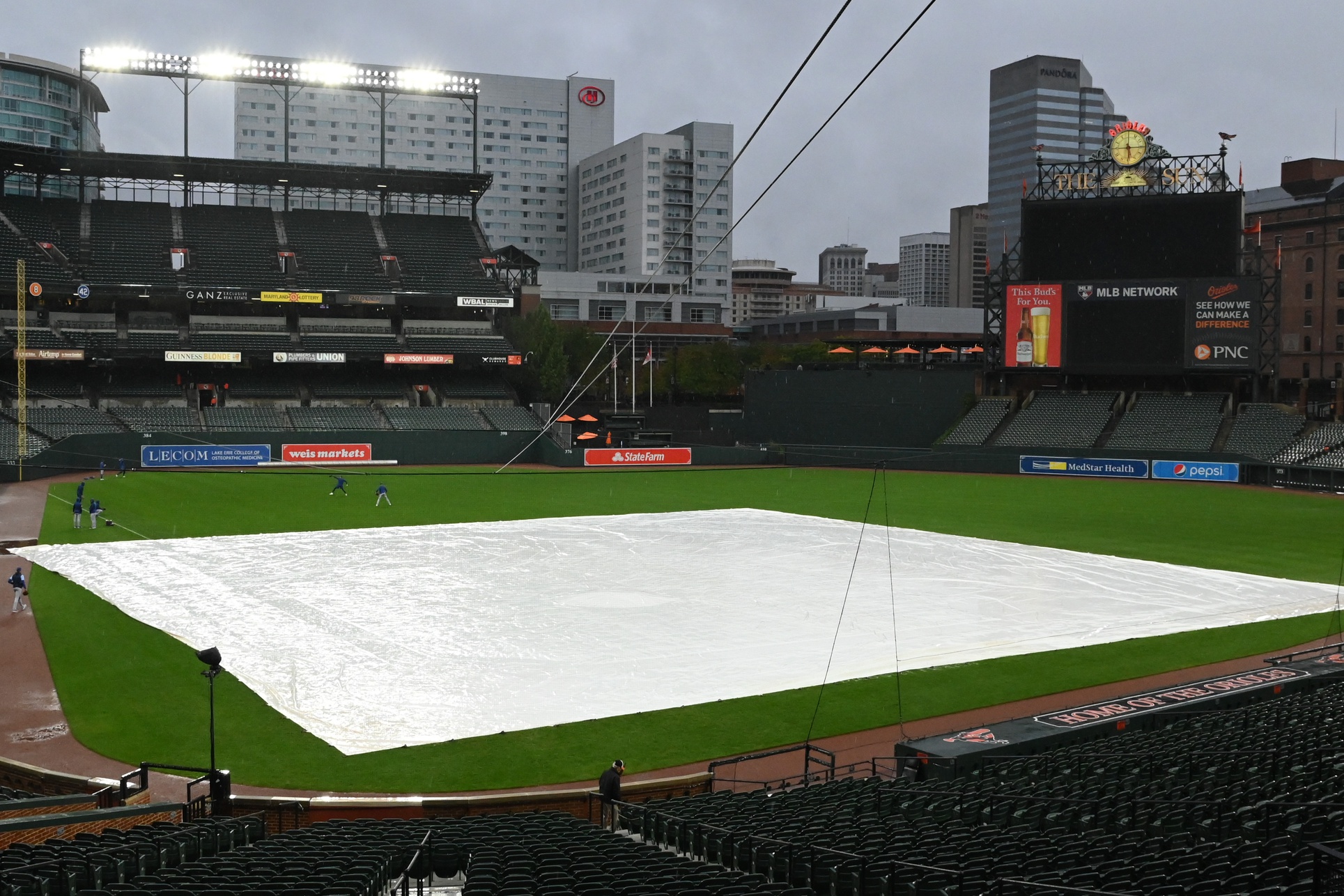 BALTIMORE—The Orioles’ scheduled game against the Toronto Blue Jays on Tuesday night was postponed by rain. The game will be made up as a doubleheader beginning at 12:35 p.m. on Wednesday.

The second game on Wednesday, which will be the 162nd and final game of the 2022 season, will begin approximately 30 minutes after the conclusion of the first game.

It was the Orioles’ fifth rainout of the season, and the second against Toronto.

Both teams will get to add a 29th player for the doubleheader.

Toronto clinched home-field advantage in the wild-card round of the playoffs when Seattle lost to Detroit early Tuesday morning. The Blue Jays will play either the Mariners or Tampa Bay Rays in the best-of-3 series that will begin at Rogers Centre on Friday.