Orioles don't want to be a part of Aaron Judge's record-breaker - BaltimoreBaseball.com 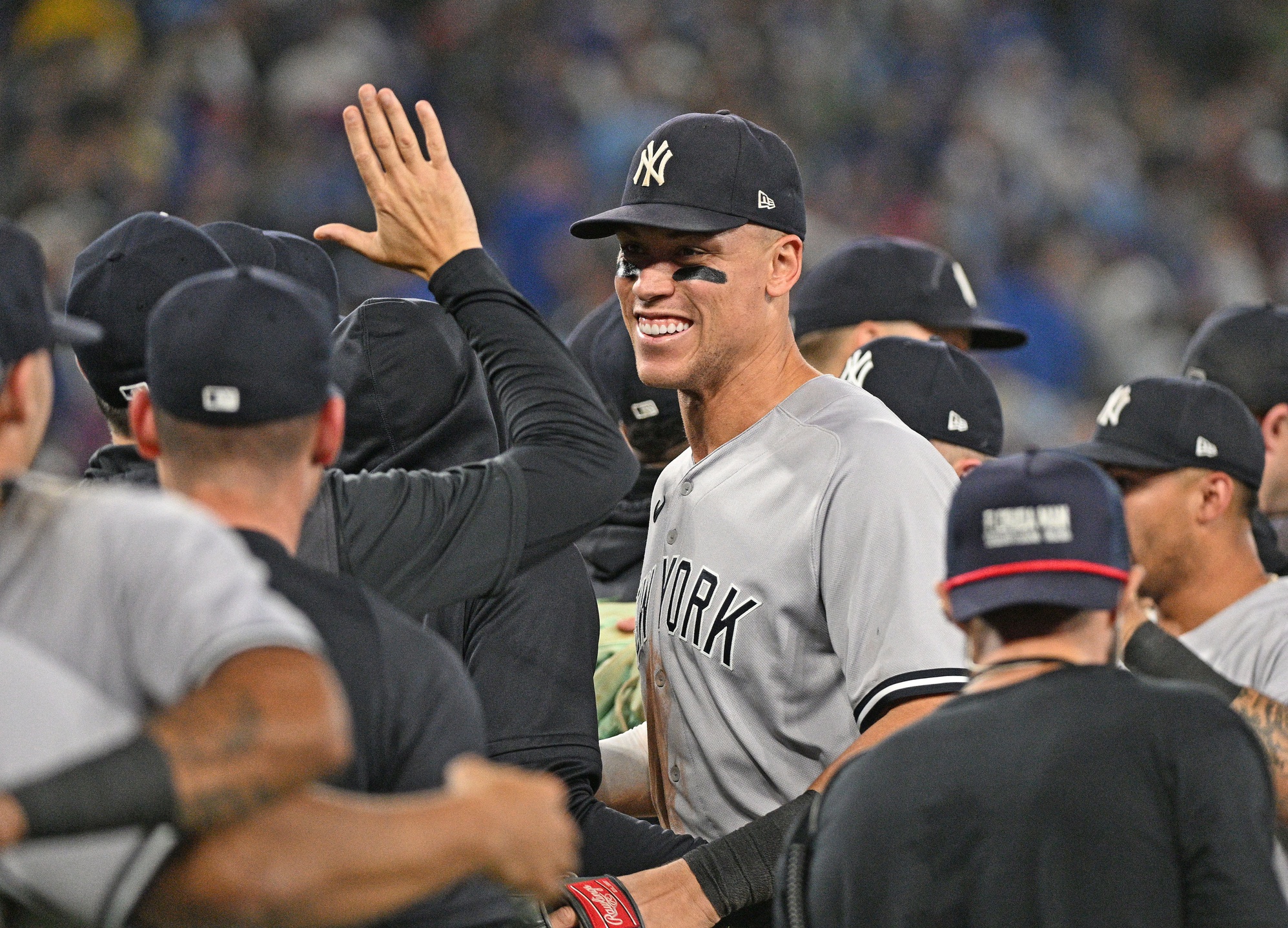 BOSTON—When the Orioles play the New York Yankees at Yankee Stadium on Friday night, everyone will be focused on Aaron Judge and his pursuit of his 62nd home run.

In 84 games against the Orioles, Judge has 35 home runs, including nine in 15 games this season.

Oriole pitcher Jordan Lyles, who threw just two innings on Monday because of a 1 hour, 40-minute rain delay, will start on Friday night. Judge has two home runs in 14 at-bats against Lyles.

Austin Voth and Kyle Bradish are scheduled to pitch on Saturday and Sunday.

“It allows Voth to get an extra day, somebody that we’re monitoring closely and thrown a lot of innings so far,” manager Brandon Hyde said.

Hyde said pitching his most experienced starter against Judge wasn’t part of his calculations.

“I was really hoping he hit one more [Wednesday] night,” Hyde said. “That didn’t have anything to do with it.”

There will be scant attention on the Orioles, who are struggling down the stretch. They’ve lost five of six, including three in a row to the Red Sox, and are just four games above .500 (80-76) with six games remaining.

After hitting his 60th home run on September 20th, Judge went homerless for seven games. Judge tied Maris in the series finale against the Blue Jays, with Roger Maris Jr. and Judge’s mother, Patty, sitting in the front row next to the Yankees’ dugout in Toronto.

“I watched how the Blue Jays pitched him this last series,” Hyde said. “Hats off to him for doing what he did. It’s cool for the game, the moment with his mom and the Maris family, that’s awesome, and he’s a great guy, too. Happy for him. I hope he does it the series after us.”

Voth doesn’t care that there may be history involved in his Saturday start.

“Every day when you show up to the ballpark, there’s history made,” Voth said. “It’s just going to be another day for me.”

Robinson Chirinos could catch one of the weekend games, and he’s thinking about Judge.

Chirinos will try to keep the pitchers focused.

“I can’t talk about how they’re going to feel about it, only I can tell you how I feel behind the plate, and we’ll see,” Chirinos said.

First baseman/designated hitter Jesús Aguilar has hit 227 home runs in his career and in his biggest season, he hit 35 for Milwaukee in 2018.

“What he’s been doing for the game is outstanding,” Aguilar said. “Hopefully, he can hit more than 61, and he can get a really good contract after this season.”

As much as Aguilar is rooting for Judge, he doesn’t want to see him hit it against the Orioles.

“It can’t happen,” Aguilar said. “Hopefully, we beat those guys there in New York, and he doesn’t hit a home run there. It would be great for us. Hopefully, we don’t see that [this] weekend.”

If Judge hits the record-breaking home run this weekend, it could come against an Oriole reliever.

“I don’t think nervous is the right word, but probably excited,” Beau Sulser said. “You’ll just feed off the energy of the crowd, but that’s with any given situation. Just like if you come into a tie ballgame in extra innings, you’re gong to be more excited than a 7-2 ballgame in the seventh.

“There’s going to be some extra adrenaline there because of the crowd. It’s not so much that I’m facing him during this. That doesn’t really get me excited. It’s hard or impossible not to feed off the crowd’s energy. I anticipate them being at home, him going for the record that there’s going to be a lot of energy whenever he’s up to bat. I’m sure there will be a heightened sense.”

Sulser says the relievers have joked about what might happen this weekend.