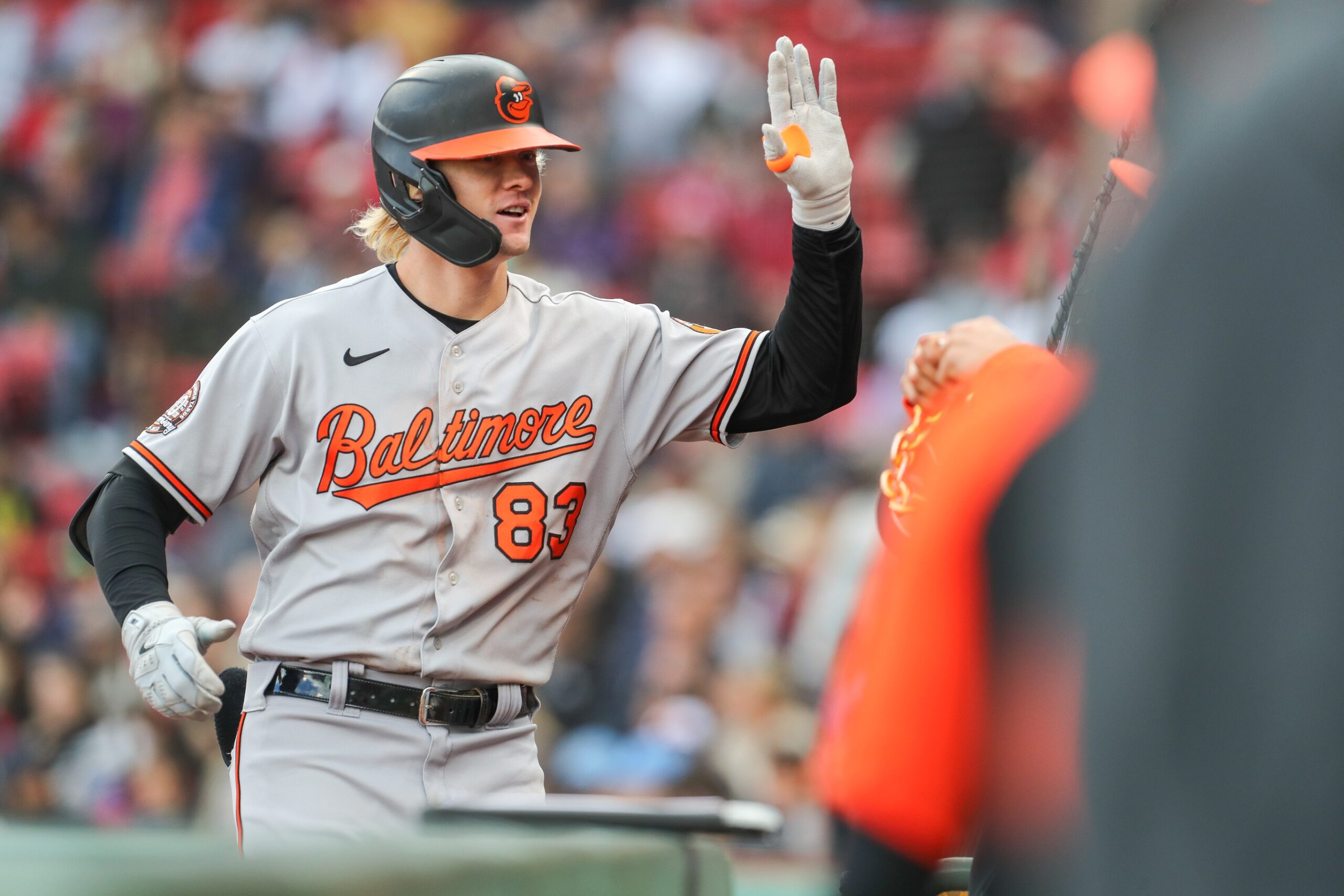 BOSTON—September hasn’t been kind to the Orioles. After posting three consecutive winning months, they’re assured of a losing month for the first time since May.

When the month began, the Orioles were hopeful of a wild-card berth. Now, they’re just hoping for a winning season.

Dillon Tate hung a breaking ball to J.D. Martinez in the eighth inning, and Martinez hit it over the Green Monster at Fenway Park to break a 3-3 tie and lift the Boston Red Sox to a 5-3 win over the Orioles before an announced crowd of 29,779 on Thursday.

They close out the season with three games at Yankee Stadium, where they’ll try to prevent Aaron Judge from hitting his record-breaking 62nd home run, and three next week at home against the Toronto Blue Jays.

With the loss, the Orioles are five games behind Seattle for the final American League wild-card position. A combination of two Oriole losses and Marinerswins eliminates the Orioles from the postseason picture.

“We’ve been in close games and haven’t really finished,” outfielder Kyle Stowers said. The Orioles were 0-for-8 with runners in scoring position on Thursday.

The Orioles took a 2-0 lead in the third. Stowers and Jorge Mateo began the inning with singles and Stowers moved to third on an infield out by Cedric Mullins. Adley Rutschman grounded out to first, and Stowers scored ahead of Triston Casas’ throw home. He scored because of an exceptional, headfirst slide in which he eluded the sweeping tag attempt by Boston catcher Connor Wong.

Anthony Santander followed with a ground ball down the first base line that Casas booted, allowing Mateo to score.

Boston tied it at 2 in the bottom of the fourth against Oriole starter Mike Baumann on back-to-back doubles by Martinez and Casas. A single by Kiké Hernández brought home Casas.

“There’s still some energy,” Baumann said. “It’s a fun clubhouse to be a part of. The guys are still fighting.”

The Red Sox took a 3-2 lead in the sixth against Oriole reliever Cionel Pérez. Alex Verdugo singled, went to second on a wild pitch, to third on an infield single by Casas and scored when Christian Arroyo grounded to third. The Orioles were in a shift against Casas, whose slow roller was fielded by Mateo but his throw to first was late. Third baseman Gunnar Henderson was playing deep on Arroyo, and didn’t have a play home after he fielded the ball.

Stowers hit his third home run against Matt Strahm in the seventh. It was his first at-bat against a left-hander.

“It’s not that I don’t like him against left, it’s that we have guys swinging the bat well against left-handed pitchers, gave him an opportunity there and he came through,” manager Brandon Hyde said.

Tate (4-4) walked Xander Bogaerts to begin the eighth. Verdugo tapped the ball back to Tate, who forced Bogaerts at second thanks to nifty short-hop catch by Mateo. Martinez jumped on the first pitch by Tate for his 14th home.

“The slider that he left kind of hung in there in the inside part of the plate, unfortunately, but he’s been great for us this year,” Hyde said.

Zack Kelly (1-0) pitched the eighth for Boston, and Kaleb Ort recorded his first save in the ninth.

Before the game, Hyde emphasized that he wanted the Orioles to finish with a winning record.

“It matters to me, for sure,” he said. “I’d like to win as many games as we can to end the season. We talked about finishing. We got beat last night by Rich Hill. We didn’t pitch very well the night before, unfortunately.”

Notes: Rutschman’s first-inning double was his 33rd, breaking Cal Ripken Jr.’s 1982 club record of 32 for rookies. “Obviously, Cal Ripken, he is the Orioles, and it’s definitely a cool thing,” Rutschman said. … Jordan Lyles (11-11, 4.55) will face Domingo Germán (2-3, 3.30) when the Orioles open a three-game series with the New York Yankees at Yankee Stadium on Friday night.