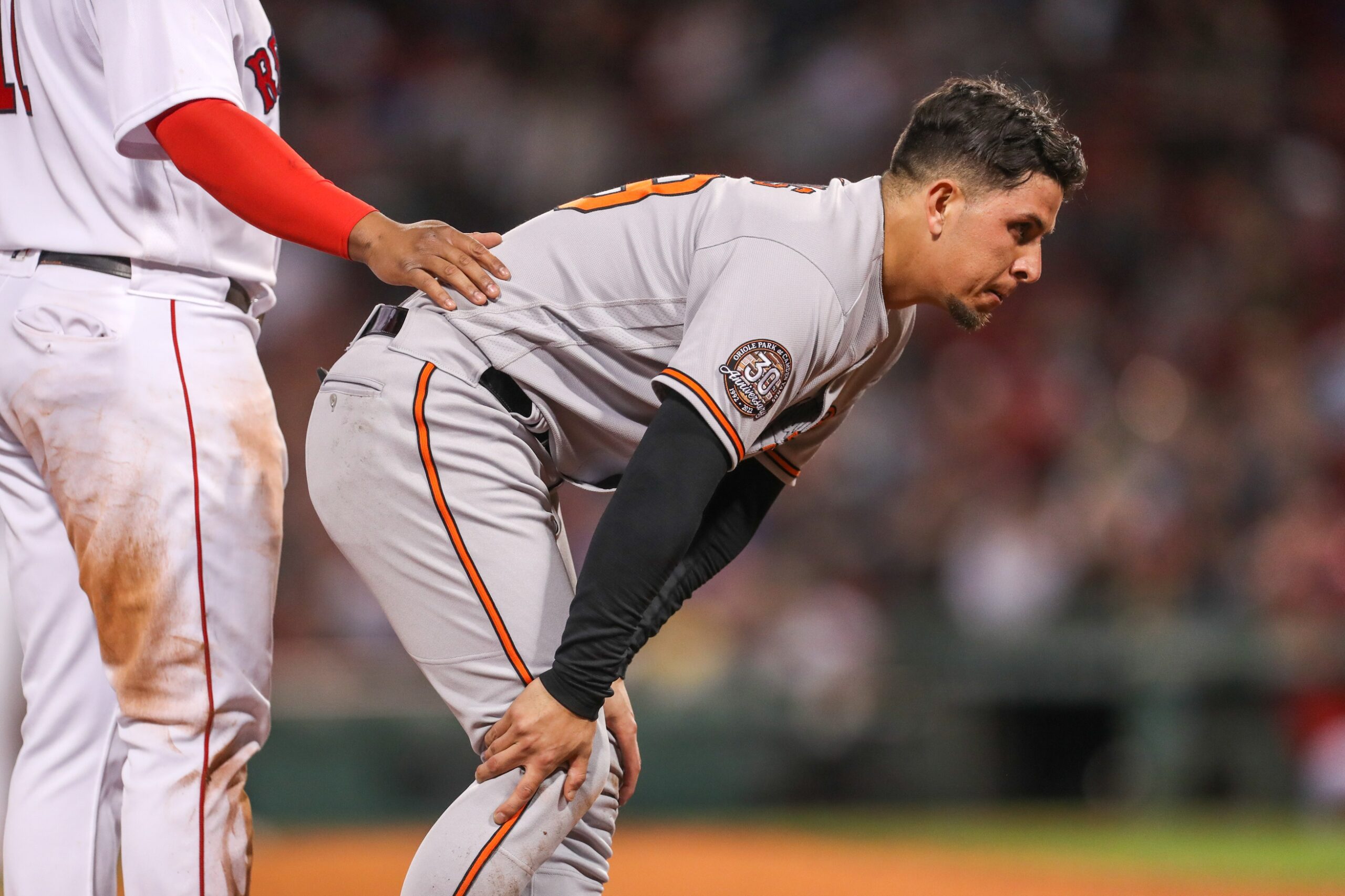 BOSTON—Needing a replacement for Ramón Urias, who sprained his right knee in Tuesday night’s 13-9 loss to the Boston Red Sox, and two fresh arms for a tired bullpen, the Orioles made a flurry of roster moves on Wednesday.

Akin, who was sent down before Monday night’s game, is the replacement on the roster for Urías because pitchers must stay in the minor leagues for 15 day when they’re optioned unless they’re replacing an injured player.

After Tuesday night’s game, the Orioles optioned right-handers Joey Krehbiel and Jake Reed to Norfolk, but with the Tides’ season ending on Wednesday night, they’ll remain with the club on the taxi squad.

Right-hander Yennier Cano and left-hander Bruce Zimmermann have joined the taxi squad from Norfolk. Catcher Cam Gallagher, Sulser and Logan Gillaspie were added to the taxi squad on Monday. Gillaspie replaced Akin on the roster.

Urías, who tripled, homered and singled in Tuesday night’s game before leaving in the fifth inning, ends the season with a .248 average, 16 home runs and 51 RBIs.

“You saw last night when he came off the field it was pretty serious,” manager Brandon Hyde said. “He couldn’t put a lot of weight on it. It’s an unfortunate accident, and hoping he’s going to be fine but, unfortunately, we don’t have much time left in the season. Big blow for us last night.”

Only Anthony Santander (33) and Ryan Mountcastle (22) have more home runs than Urías, who’s tied with Austin Hays and Cedric Mullins for third place.

“Ramón, in batting practice, he’s got a lot of power to right-center and right field,” Hyde said. “That’s what we’ve seen here for the last couple of years.”

Hyde has been impressed with his fielding.

“His third base defense was some of the best, if not the best, in the game this year,” Hyde said. “He puts a ton of work in on his defense. It was really the first time he’s played one spot and played a great defensive third base for us. Looking forward for him being with us next year.”

Nevin, who was sent to Norfolk last month when Gunnar Henderson was recalled, is hitting .196 with two home runs and 16 RBIs in 56 games with the Orioles.

“I understood the situation,” Nevin said. “I was really happy for Gunnar first and foremost. It meant I would get to work on some stuff in Triple-A. Nobody wants to hear that you’re going to Triple-A, for sure, but at the same time I knew there were going to be some benefits that came [with] it, get to work on some stuff, get some consistent playing time. It’s a good feeling to play in meaningful games in September.”

Krehbiel, who was the losing pitcher in Tuesday night’s game, is 5-5 with a save and a 3.90 ERA. “The way that our pitching has been the last few days, tough decisions to make,” Hyde said. “Guys who’ve been with us all year long, guys that have had really big moments for us, big parts of our bullpen. We’re running short. Akin is able to come back and help us out here. Joey might, too. We’ll see what happens. Never want to option guys that have helped you out throughout the year.”

“[Since] I was first optioned, the starting rotation has done its job,” Zimmermann said. “They’ve been pitching so well. It’s a good thing and a bad thing. It’s good for the organization, not good for me.”

Cano allowed seven runs in 1 2/3 innings in his only game with the Orioles.

Award for Henderson: Gunnar Henderson was named Baseball America’s Minor League Player of the Year. Henderson hit .297 with 19 home runs, 76 RBIs and a .947 OPS in 112 games with Double-A Bowie and Triple-A Norfolk. He also stole 22 bases.

Since his promotion to the Orioles on August 31st, Henderson has hit .269 with four home runs and 17 RBIs.

“It seems like it’s flown by and, at the same time, it seems like forever ago,” Henderson said about his time with the Orioles. “It’s been really fun, being able to spend time here, be with all these guys and be in the playoff push.”

“From what I’ve seen up here, this guy’s got a chance to be extremely special,” Hyde said. “How he can play defense, the way he can handle the bat with power, his running ability. We’re really excited about him and his future. Congratulations to him, having a great year in Double-A and Triple-A and dominating those levels and coming up here and really helping us out. It’s been really fun to watch him since he’s been here.”