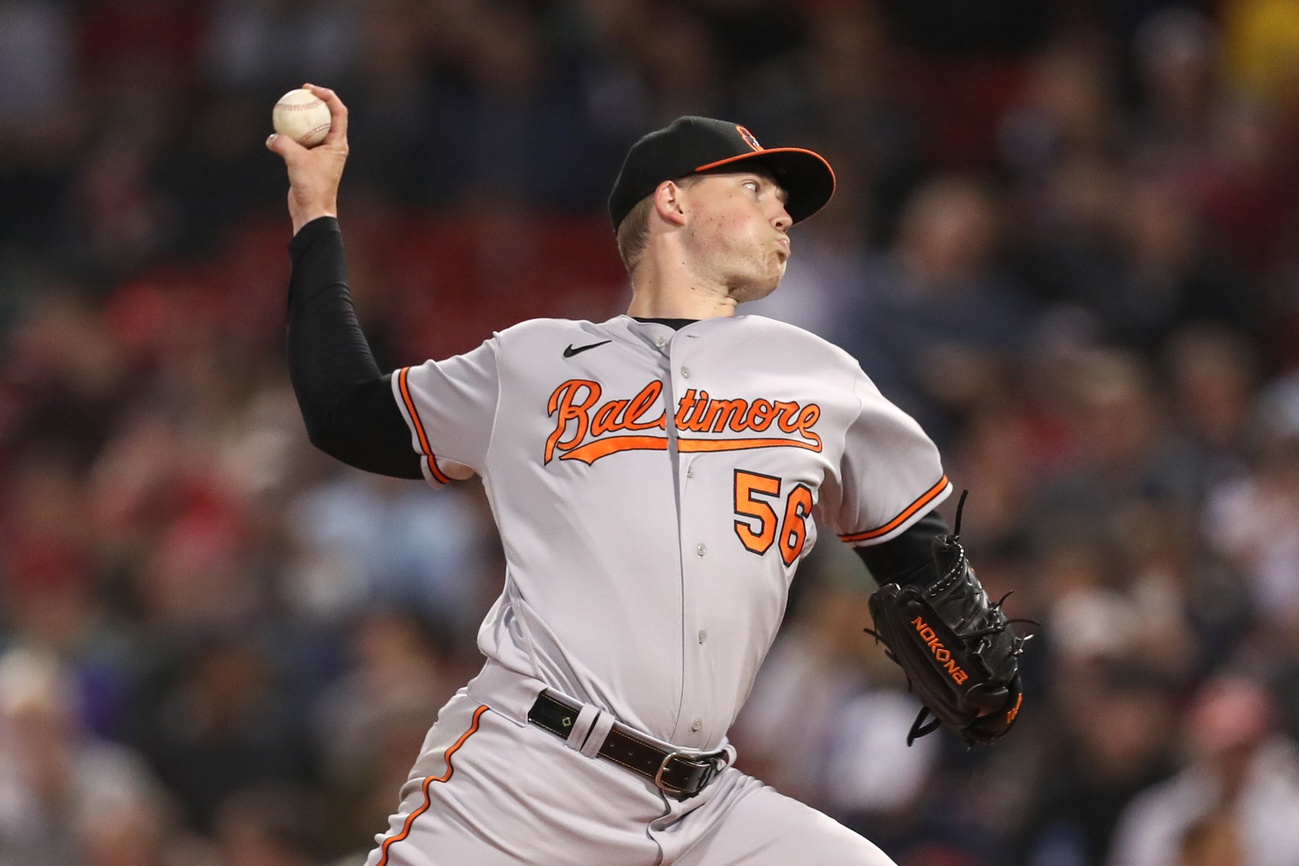 BOSTON—With so few games remaining and their chances of making the postseason dwindling, the Orioles needed a strong start from Kyle Bradish and good work from their bullpen.

Bradish, who shut out the Houston Astros for 8 2/3 innings in his previous start, allowed seven runs in 2 1/3 innings, and the two pitchers who followed him, Joey Krehbiel and Jake Reed, allowed six more as the Orioles lost to the Boston Red Sox, 13-9, before an announced crowd of 30.765 at Fenway Park on Tuesday night.

Boston (73-81) scored two runs on bases-loaded walks, another on a hit batsman with the bases loaded, and two runs scored on errors by second baseman Rougned Odor.

Anthony Santander hit two home runs for the second consecutive game, and the Orioles had three triples before Boston’s bullpen limited them to one run in the last four innings.

“The personal stuff is great,” Santander said through an interpreter. “I was happy I was able to come through with those big hits to put the team in front and tie the game in those big situations. Unfortunately, we couldn’t get the result we wanted tonight, but tomorrow is a new day.”

The Orioles (80-74) need two wins in their final eight games to secure their first winning season since 2016. They trail Seattle, which was shut out by Texas, by 3 ½ games for the third and final American League wild-card spot.

Ramón Urías, who missed the last two games because of neck spasms, had a triple, his 16th home run and a single before leaving in the fifth inning because of right knee discomfort. Hyde said he’d be reexamined on Wednesday.

Santander doubled against Boston starter Michael Wacha in the first inning and scored on a triple by Ryan Mountcastle.

Triston Casas hit a two-run home run against Bradish to give Boston a 2-1 lead, and Bradish pitched out of a bases-loaded jam when Xander Bogaerts hit into a force play to end the inning on Bradish’s 60th pitch.

Adley Rutschman hit his 13th home run and Santander followed with his 32nd in the third to give the Orioles a 3-2 lead.

Boston scored six runs on just two hits in the third inning. There were five walks and one hit batsman.

Bradish threw 60 pitches in the first two innings, and Hyde knew the Orioles could be in for a long and difficult night.

“We had some issues there,” Hyde said. He said that he didn’t want to use Bryan Baker, Cionel Pérez and Dillon Tate, who combined for three scoreless innings, but he had no choice because the Orioles tied the game at 8 in the fourth inning.

“We still had a long way to go pitching-wise,” Hyde said. “It was going to be hard to finish the game but, fortunately, we did. Unfortunately, I had to use a few guys I didn’t want to use.”

Rob Refsnyder was hit by a pitch to score a run and Connor Wong and Xander Bogaerts each walked with the bases loaded. Tommy Pham had a two-run single.

Bradish, who allowed just two hits, struck out 10 and didn’t walk a batter in his masterpiece against the Astros last Thursday, lasted only 2 1/3 innings, giving up seven runs on four hits with four walks and a hit batsman.

“I didn’t throw a lot of strikes, was behind everybody, couldn’t command anything,” Bradish said.

Bradish remains hopeful the Orioles can still play in the postseason.

Urías hit his 16th home run to start the fourth, and Austin Hays drove home Odor with a triple, the third of the game for the Orioles.

Wacha, who was the winning pitcher in Boston’s 17-4 win over the Orioles on September 10th, made it through only 3 1/3 innings.

Matt Strahm (4-4) allowed an RBI single by Cedric Mullins and Santander’s second home run of the game. He has 33 homers and hit home runs from both sides of the plate for the fourth time this season, tying a major league record set by San Diego’s Ken Caminiti in 1996.

“Every ball he hits, I feel is on the screws right now,” Hyde said. “He’s taking great swings. He’s having just a great week, showing his power, had huge hits for us.”

That 8-8 tie didn’t last long. The Red Sox scored five runs in the bottom of the fourth. Krehbiel (5-5) allowed a leadoff single to Casas, and Reed didn’t retire any of the four batters he faced. Odor committed two errors at second, leading to two runs, Pham was hit by a pitch to score a run, and Rafael Devers had a two-run single to give Boston a 13-8 lead after four.

An RBI single by Odor in the seventh made it 13-9.

“It’s about continuing to make adjustments on both sides of the ball,” Santander said. “Time is running out, but there’s still time to do what we need to do. We’re going to come in and work hard tomorrow and try to get a win.”

Notes: The Orioles’ Dean Kremer (8-5, 3.07) will face Rich Hill (7-7, 4.81) on Wednesday night.  …Drew Rom (1-1) allowed five runs, four earned, in six innings as Triple-A Norfolk lost to Jacksonville, 6-2. The Tides end their season on Wednesday night. … Santander is the third player this season to hit multiple home runs in consecutive games and is the third Oriole with multiple home runs. Luke Scott (2009) and Albert Belle (2000) are the others. … The Orioles have hit back-to-back home runs 11 times this season. … They had three triples for the first time since April 8th, 2019 and had multiple triples in consecutive games for the first time since August 2nd and 4th, 2000.