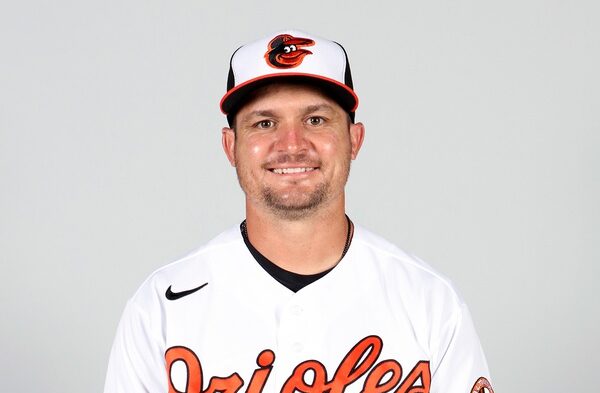 Triple-A Norfolk manager Buck Britton has a number of talented players eager to get an opportunity with the Baltimore Orioles. The Tides are 73-74 and have gone 14-8 since September 1st.

“We’re playing some good baseball, that’s for sure,” Britton said.

Infielder Jordan Westburg has been one of Norfolk’s most productive players. He is batting .276 with 24 doubles and 18 home runs. Westburg hit home runs in three consecutive games earlier this month and had 12 hits in a six-game span.

Overall, he has 27 home runs, 37 doubles, and 103 RBIs with Double-A Bowie and Norfolk. He will compete for a roster spot with the Orioles next spring.

“He’s another really polished hitter,” Britton said. “I think if you look at the overall numbers, he has a chance to hit 40 doubles and 30 homers. There are not a whole lot of people in all of baseball that are doing that. He’s had a tremendous year. I’m really happy with what Westburg has done.”

Second baseman Connor Norby is a new arrival for Norfolk, earning a promotion from Bowie on September 20th. Norby has hit three home runs for the Tides since arriving.

“Norby has only been here for [six] games and he has already hit a couple of home runs,” Britton said. “Just watching this guy hit, he has a chance to be a real special bat. I know coming out of college, they talked about the bat a lot. He’s done a really nice job.”

Colton Cowser, the Orioles’ top pick in the 2021 draft, hit his fifth home run in the series finale Sunday against Durham. Cowser is another prospect who could push for a spot in 2023.

“Cowser is doing all right,” Britton said. “He’s gone through a stretch here where he’s kind of taken some lumps. But he’s a competitor. He’s working hard every day, and he is going to figure it out. He’s hit a couple of home runs and has played some good defense. He’s another really talented ballplayer.”

Drew Rom has a chance to become the Orioles Pitcher of the Year for the minors. He is 8-2 with a 4.34 earned-run average in 19 appearances, including 18 starts, with Bowie and Norfolk.

“He’s been good, man,” Britton said. “He pitched all right [Thursday] night. It was a lineup full of lefties. He has a bunch of different arm angles from the left side. I’ve been impressed with Rom.

“All of these guys have a chance. I don’t know what that’s going to look like in spring training. There are a lot of guys up there right now that are doing pretty well, but I think Rom is in the conversation. Having a lefty with some unique angles like he has, he’ll get a look in spring training.”

Bruce Zimmermann is looking to make his way back to the Orioles after being sent down in June to work on his mechanics. He has performed well for the Tides, going 5-2 with a 3.77 ERA.

“Zimm has been really good here the last four or five times out,” Britton said. “I think it’s important for him to have that three-pitch mix. With the fastball, the velocity has picked up. His changeup is really coming back into form. He’s been really good for us, and I am looking forward to him having a strong finish.”

Shortstop Joey Ortiz also has put together an impressive season with his bat and glove. Ortiz has batted .283 with 34 doubles, 6 triples and 19 homers with Bowie and Norfolk.

“He’s another guy who had a tremendous year,” Britton said. “The thing that stands out for Joey, everyone’s been waiting for the bat to be serious, he’s done a really good job offensively this year and the numbers show that. This guy has a special glove. This is a well-above-average defender and shortstop.

“Versatility is huge in this organization so guys are always moving around. It’s been fun to pencil these guys in.”

Britton has already graduated players to the major league club, and Gunnar Henderson might be the most impressive of all. Henderson has made an immediate impact in Baltimore and can play multiple positions.

Henderson and catcher Adley Rutschman could put the Orioles in contention for years to come.

“Gunnar always had a God-given ability and he’s a fierce competitor,” Britton said. “I don’t think I was shocked. What he’s done in the big league and how well he’s played right off the bat has been really impressive. This guy has unbelievable talent and an unbelievable work ethic. He’s a great kid.”

Grayson Rodriguez, the top pitching prospect in minor league baseball, was shut down for most of the season because of a lat injury. He’ll pitch again Monday for Norfolk and then perhaps could make his much anticipated major league debut.

Britton is confident Rodriguez is ready. “I think he’s in a good spot,” he said.

The Orioles have the top farm system in the majors, per MLB Pipeline. Britton should be able to reload at Norfolk with more talented players arriving from Bowie and Aberdeen. He’s excited about the future.

“It’s been impressive and we’ve graduated four or five guys to the big leagues,” Britton said. “They’ve all gone up there and competed well. That’s very important for development and to know the things we’re doing down here are paying off at the major league level. It’s also a testament to what [general manager Mike Elias] and the people in charge of the draft and acquiring this talent have done. It’s not just in-house, it’s agents and scouts that are constantly coming up to me and telling me, ‘This organization is where the talent is and that’s why we show up to watch.’ It’s been impressive, just as a whole, for this organization.

“Mike said he is going to build out this pipeline and they just keep coming,” Britton said. “Our job in development is to maintain what we’re doing and continue to grow so we don’t stall out.”