Bradish is brilliant against Mancini, Astros in 2-0 Orioles win - BaltimoreBaseball.com 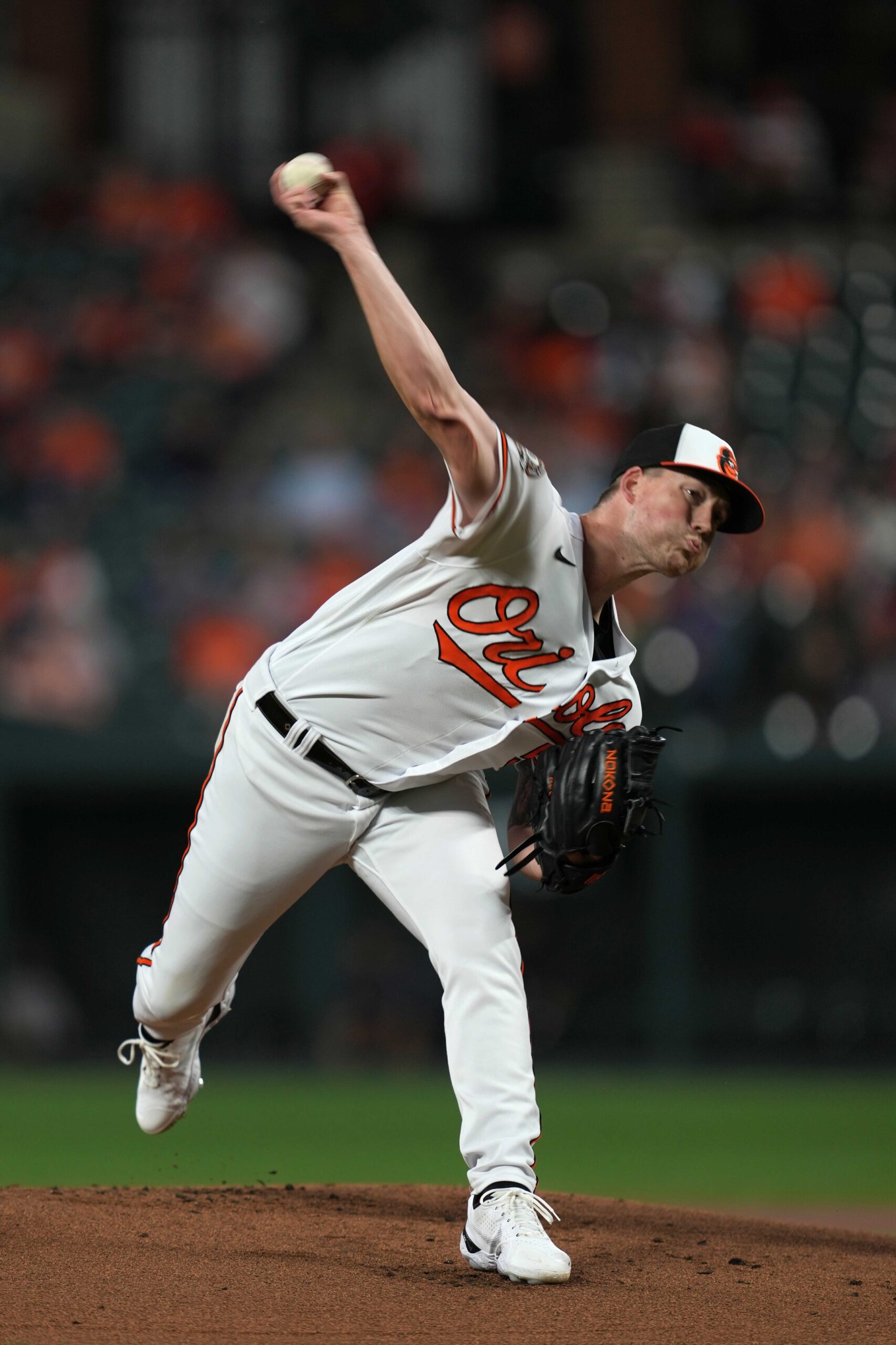 BALTIMORE—On the night Trey Mancini returned to Camden Yards, Oriole starting pitcher Kyle Bradish commanded the spotlight, and all of his pitches.

Bradish, who limited the Houston Astros to two hits in eight scoreless innings on August 26th, retired the first 17 Houston hitters and allowed just two hits in 8 2/3 innings in a 2-0 win over the Astros before an announced crowd of 16,417 on Thursday night.

It was the second consecutive dominant pitching performance for the Orioles. On Wednesday night, Jordan Lyles threw a complete game three-hitter against Detroit.

Mauricio Dubón singled to left with two outs in the sixth and Jeremy Peña singled with two outs in the ninth. Orioles manager Brandon Hyde immediately removed Bradish for closer Félix Bautista, much to the chagrin of the fans who wanted to see Bradish finish his masterpiece. Bautista struck out Aledmys Diaz for the final out.

Bautista recorded his 15th save and preserved the Orioles’ 14th shutout of the season.

“Anybody got on base there in that ninth inning, I was bringing in Bautista,” Hyde said about the decision. “That was a lot of fun to watch tonight. Wish he could have finished it.”

Mancini was drafted by the Orioles in 2013, joined them in September 2016 and played with them until August 1st, when he was traded to the Astros.. He missed the 2020 season because of colon cancer, and his comeback was the feel-good story of 2021. In his first game back since the trade, Mancini was called out on strikes, grounded to third and struck out swinging in three at-bats against Bradish.

The Orioles showed their appreciation for Mancini with a pregame video tribute. He saluted the crowd from the outfield. When he came to bat in the bottom of the second, he received a standing ovation. Mancini removed his batting helmet and waved to the fans as the Orioles applauded him from their dugout.

When he was called out on strikes by home plate umpire Lance Barrett, he removed his helmet and  batting gloves and fumed. Mancini grounded to third for the third out of the fifth, running Bradish’s streak to 15 consecutive batters retired. He struck out swinging for the second out in the eighth.

Mancini had company in being overmatched by Bradish, who said he realized by the third inning that all of his pitches were working.

“I was like, ‘all right, we’re working,’ and it kept working from there,” Bradish said. “Everything was working, and when you’ve got four or five pitches working for you, it was pretty easy …”

Hyde marveled at the two deep starts this late in the season.

“It shows the physical condition and shape these guys are in,” he said. “Jordan Lyles being able to go nine last night and Kyle, in a tight game, in a 2-0 game. It’s obviously one of the best offenses, if not one of the top three offenses in the game, and to pitch with a small lead, that’s really, really challenging.

“It’s a huge step forward for him, and it’s exciting going forward with him.”

Bradish was impressed by Lyles’ effort, but he didn’t need the extra motivation.

“He had everything working for him,” Bradish said. “But every time I go out there on the mound, I expect to finish this game. Pitch count hasn’t really been there lately, but today I put myself in a position to do it.”

Jorge Mateo made two outstanding plays at shortstop, catching an Alex Bregman ground ball up the middle to lead off the second, and throwing out Diaz from deep in the hole to begin the seventh.

By then, Bradish was cruising.

“It’s one of those things that always evolves over the course of the game. Sometimes guys come out and they don’t have a certain pitch,” catcher Adley Rutschman said. “Then, you go to a different one and see how it goes, but it was just one of those nights where he had all his pitches from start-to-finish. That’s a cool thing to see on his end.”

Rougned Odor, who hadn’t played since September 17th and was in an 0-for-15 skid, drove in Ryan Mountcastle and Terrin Vavra with a two-run single in the bottom of the second against Houston starter Justin Verlander (17-4). It was Odor’s first multi-RBI game since August 12th.

“It was really impressive,” Odor said about Bradish. “He was amazing, especially against Houston. Houston is one of the best teams in the game right now, and he was unbelievable tonight.”

Verlander injured his right calf during his three-inning start against the Orioles on August 28th and landed on the 15-day injured list. On September 15th, he pitched five hitless innings against Oakland.

In the fifth, Cedric Mullins doubled to right, and rightfielder Kyle Tucker’s relay throw was wild, allowing Mullins to go to third easily. He then tried to score on the play and was but was an easy out.

Verlander allowed two runs on six hits in six innings for Houston (99-52), which has already clinched the American League West.

The Orioles still hope to be part of the postseason.

“It was a fun, fun day to be a part of,” Rutschman said. “Giving the bullpen a breather. We’ve got a lot of games in a row.”