Mountcastle back in lineup as DH; Stowers sits against left-handers; Orioles think they have a chance - BaltimoreBaseball.com 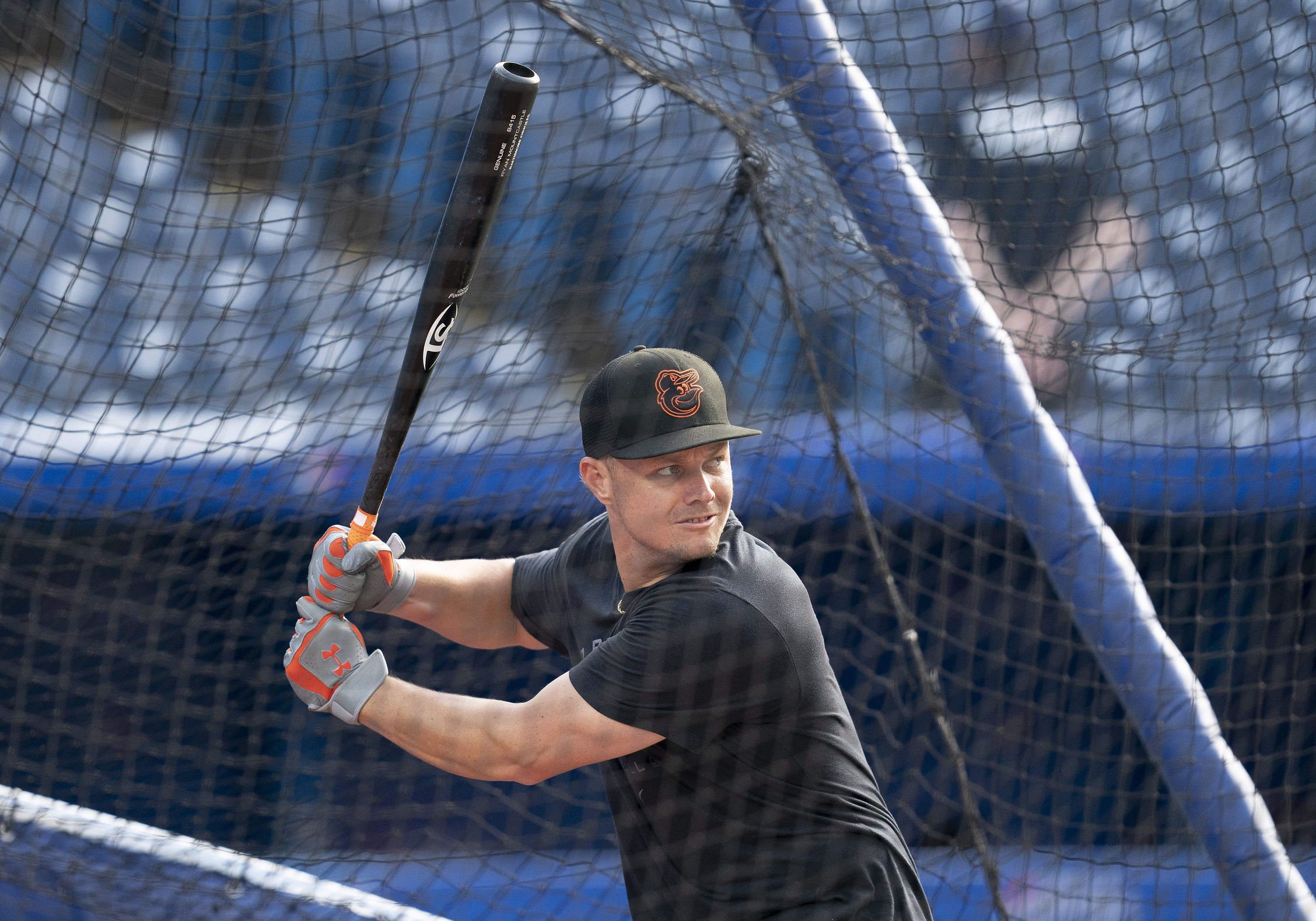 BALTIMORE—Ryan Mountcastle is back in the Orioles’ lineup for Monday night’s game against the Detroit Tigers, two days after he sustained a bruised left elbow when Toronto’s José Berríos hit him with a pitch.

Mountcastle left Saturday’s game in the second inning and didn’t play on Sunday. He is the designated hitter on Monday.

“It’s just good enough to play,” Mountcastle said. “I’ll test it out today, hit some balls. It’s still there, but I’m going to try to power through it.”

Mountcastle went to first base after he was hit by the pitch, but didn’t take first base on defense when the Orioles returned to the field.

“It was a little scary. I really couldn’t move my arm for a couple of minutes,” Mountcastle said. “I finally started getting some feeling back. I’m just happy nothing’s broken and I can be out there today.”

With 17 games remaining, Mountcastle doesn’t want to miss any time.

“Obviously, all these games are big,” Mountcastle said. “Don’t want to miss any, especially this time of year.”

“I’ve never been hit in the elbow before. It was the first time,” he said. “I’ve never worn elbow guards before. Now, I have to. We’ll see how it goes.”

Manager Brandon Hyde said that he’s trying to minimize risk to Mountcastle by starting him at DH instead of at first. Jesús Aguilar is at first base.

“The elbow is still sore, but he wants to play,” Hyde said. “Left-hander [Tyler Alexander] on the mound. He feels like he can hit. He feels good enough to be out there.”

Hyde said that if this were earlier in the season, Mountcastle probably wouldn’t play.

“But we’re not in May,” he said. “I had [head athletic trainer Brian Ebel] call him this morning, and he wanted to be in there. He felt like it was good enough to go.”

Stowers sits: In the month since he was recalled from Triple-A Norfolk, Kyle Stowers has started only 12 times. He hasn’t started against a left-handed pitcher and has only one plate appearance against a lefty.

“It’s more of who we have on our roster,” Hyde said. “I think [Stowers] is going to get plenty of opportunities. It’s where we are right now, where our roster is right now. We’ve got 17 games to go. If we were 20 games under .500, things might be a little different, but right now we’re trying to win games. I’m trying to put the best lineup I can out there.”

Not giving up: The Orioles begin play on Monday night trailing Seattle by four games for the third and final wild-card spot. The Mariners hold the tiebreaker over the Orioles because they won the season series, so they’ll have to finish a game in front of them to capture the wild card.

“I think it’s going to be hard,” Hyde said. “We’ve got to win games. I feel like who we’re chasing, who’s right in front of us is somebody different every few days, so anything we can happen. We have to win as many games as possible and see where we are at the end.”

The Orioles trail Tampa Bay by 5 ½ and Toronto by six.

“There’s a lot of games left. We’re four out,” Mountcastle said. “There’s definitely a chance. It starts with this series here, and we’ve got to hopefully handle business.”

Hyde likes the idea of the third wild card, which is new this season. Instead of having two wild-card teams play a single-elimination game, there are two best-of-three series, featuring three wild-card teams and the division winner with the third-best record.

“I think it adds more drama,” Hyde said. “That wild-card game is crazy. One game take all feels a little bit unfair. It’s like a Game 7. To have the different format this year, I like it. It adds another two teams getting into the postseason. If I told you right now I didn’t like it, I’d be crazy.”