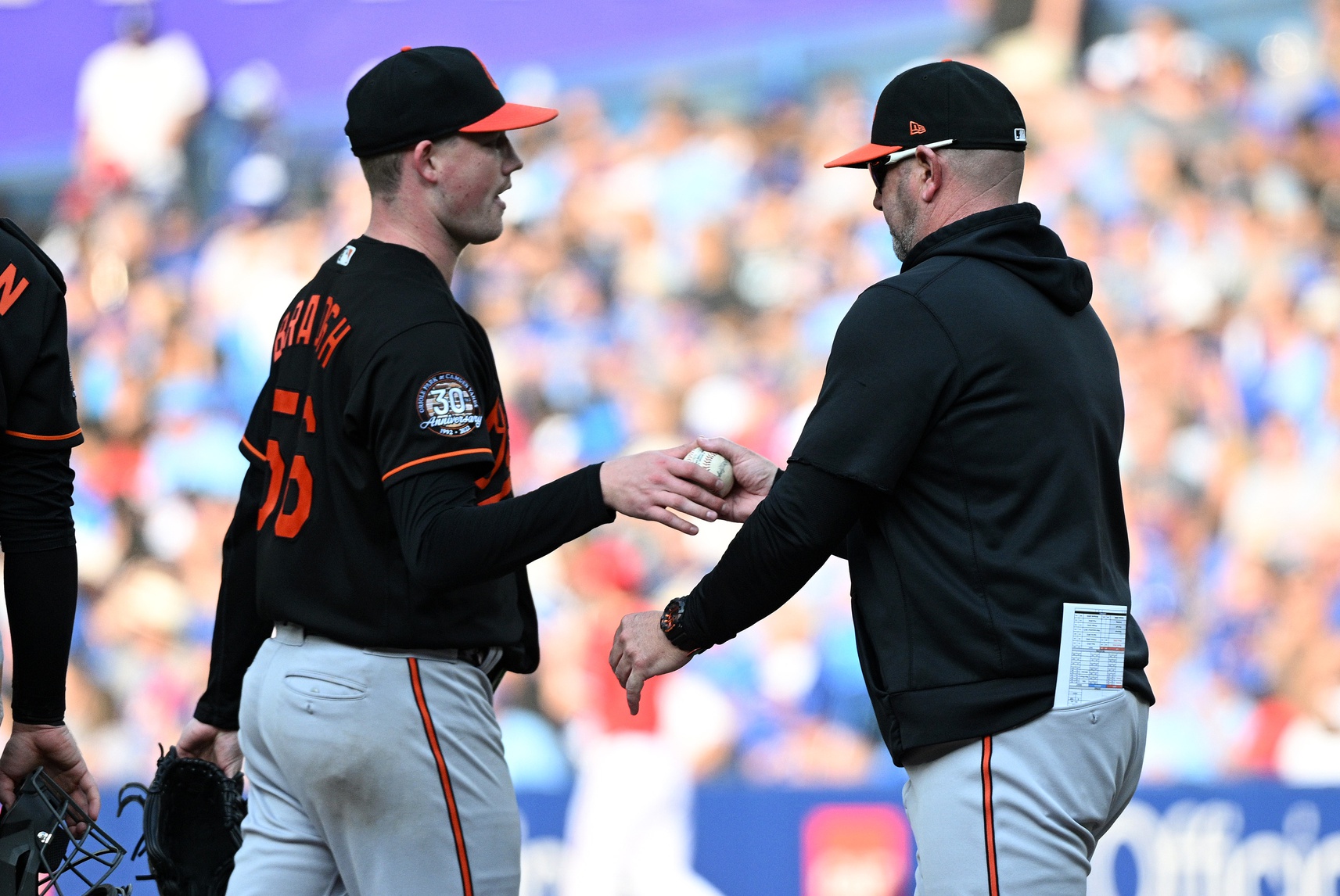 The Orioles came to Toronto hoping for a three-game sweep and an opportunity to challenge for a playoff spot. Instead, they’ve endured two losses that makes their chances to play in the postseason highly unlikely.

On Saturday, the Orioles suffered their second consecutive 6-3 loss to the Blue Jays at Rogers Centre. They began the game 4 ½ games behind Tampa Bay for the third and final wild-card spot and are now seven games behind Toronto.

The Orioles (75-69) have lost five of six to Toronto (83-63) since September 5th and trail the Blue Jays in the season series, 8-7. Besides Sunday’s game, they conclude the season with three games against Toronto at Oriole Park on October 3rd-5th.

Ryan Mountcastle was hit by a pitch from José Berríos in the second inning and suffered a bruised left elbow. He left the game and was replaced by Jesús Aguilar.

“Pretty sore. It got him in the triceps above the elbow,” manager Brandon Hyde told reporters after the game. “We’ll see how it is tomorrow, but it’s pretty sore right now.”

Besides Aguilar, the Orioles don’t have an experienced first baseman on the 28-man roster, but Tyler Nevin is on the taxi squad.

A sacrifice fly by Matt Chapman scored George Springer in the first, and a two-run double by Springer gave the Blue Jays a 3-0 lead.

A two-run single by Gunnar Henderson in the third cut the lead to 3-2. In the fourth, with Adley Rutschman on first and Cedric Mullins on third and two outs, the Orioles tried a double steal, but Mullins was thrown out.

“We’re trying to steal a run there,” Hyde said. “I’m not sure exactly what happened. Ced kind of froze a little bit. [Third baseman] Chapman was playing way off.”

In the bottom of the fifth, Vladimir Guerrero Jr. reached on a throwing error by third baseman Ramón Urías with one out and, after Chapman walked, Hyde called for Jake Reed to replace Bradish. Reed walked Teoscar Hernández to load the bases and allowed a three-run double by Raimel Tapia.

“Every loss is difficult at this point in the season,” Bradish said. “It’s over with, so we’ve got to play good tomorrow. That one stings a little bit, but at the end of the day, it’s just another ballgame. You’ve still got [18] left. We’ve got to come back tomorrow.”

Terrin Vavra single to scoredHenderson in the eighth.

Jordan Romano worked the ninth for his 34th save.

While Henderson, Rutschman, Vavra and Anthony Santander each had two hits, second baseman Rougned Odor is in an 0-for-15 skid.

“He’s in a bad spot,” Hyde said. “He’s trying so hard to come through. I know he’s disappointed.”

Santander knows the offense isn’t putting the Orioles in a position to win.

“Unfortunately we’re struggling a bit. We’re not coming through with those hits in the moments we need them,” Santander said through a translator. “Unfortunately, it’s a process and a rut that we’re stuck in right now.”

The Orioles have 18 games in 18 days remaining.