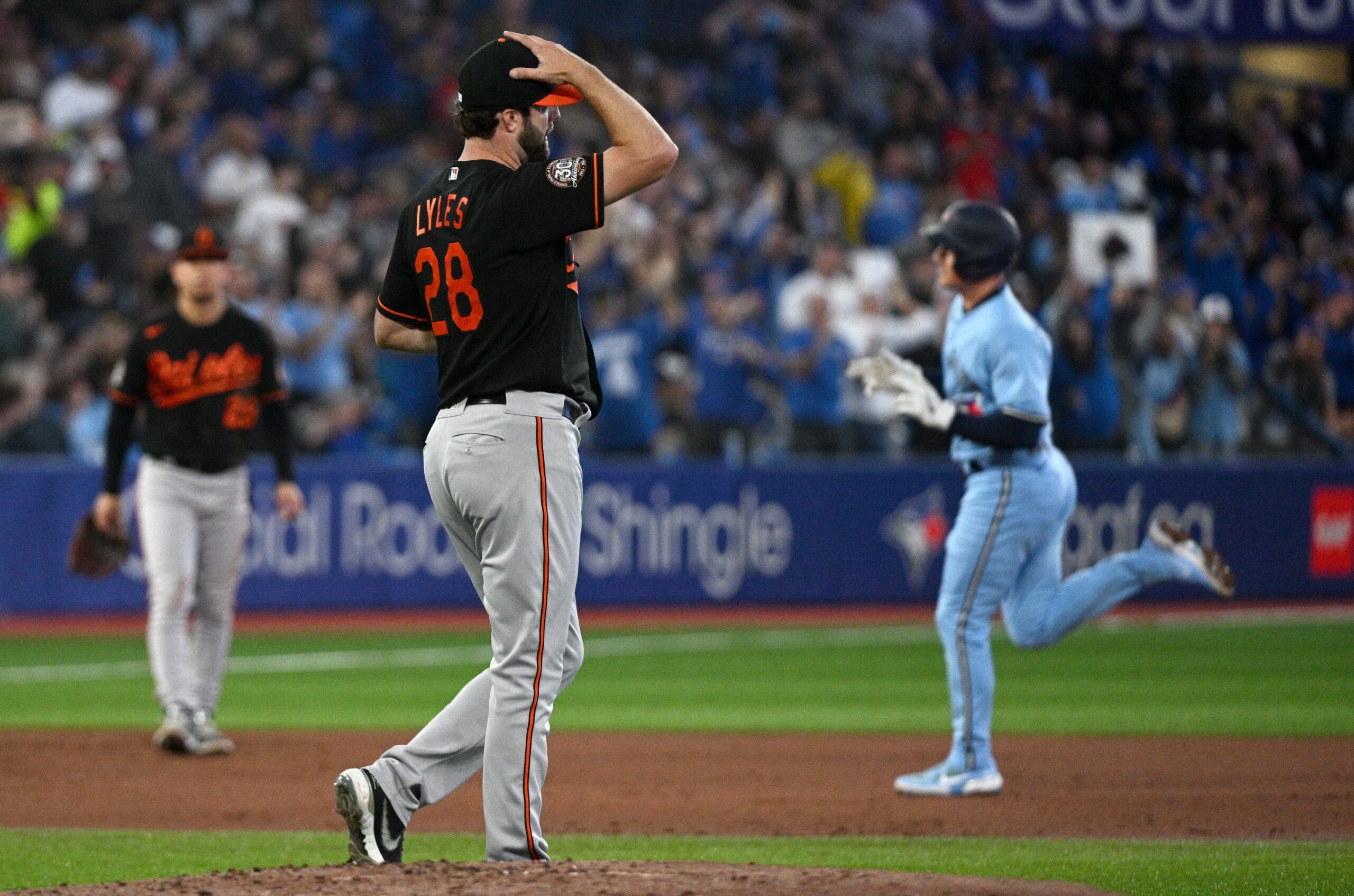 The Orioles began a three-game series against the Toronto Blue Jays at the Rogers Centre with a slim chance to make the postseason. After Friday night’s 6-3 loss, their chance is even slimmer.

The Orioles entered the weekend trailing Tampa Bay by 4 ½ games and Toronto by 5 for the third and final American League wild-card spot. Texas defeated the Rays, 4-3, but the Orioles lost the season series to them — which would be a tiebreaker if they finish with the same record — and now have split 14 games against the Blue Jays.

The Orioles (75-68) are six games behind the Blue Jays (82-63) and although they have two more games in Toronto on Saturday and Sunday and finish the year in Baltimore with three games against the Jays, the math is against them with just 19 games remaining.

Last week, Toronto beat the Orioles in three of four games, including a doubleheader sweep on Labor Day. Jordan Lyles was supposed to start in the doubleheader but had to be scratched because of illness. In his first start back, he gave up four runs after four batters to the Red Sox in a game the Orioles would lose, 17-4.

In his second start on Friday, Lyles (10-11) gave up four runs in five innings on two home runs. Matt Chapman hit the first of two in the game in the second, and George Springer had a three-run homer, his 21st in the fifth.

Chapman added a two-run home run against Joey Krehbiel in the sixth. Chapman has 26 homers this year.

The Orioles continue to struggle offensively. They had just five hits. Adley Rutschman hit a two-run in the fourth, his 11th, against Yusei Kikuchi (5-7). Gunnar Henderson hit his second homer against Yimi Garcia with two outs in the ninth.

Toronto started Trevor Richards, who struck out the side in the first, and followed him with five relievers.

Since September 3rd when the Orioles were 71-61, they’ve lost seven of 11 games.

In the fifth inning, Toronto appeared to benefit from home plate umpire Jeremie Rehak’s generous strike zone. Ramón Urías and Austin Hays were called out on pitches that appeared low, but other than the two home runs, the Orioles couldn’t mount any offense.

Minor league update: Grayson Rodriguez pitched five scoreless innings, striking out four and walking one, to lead Triple-A Norfolk past Charlotte, 9-0. Rodriguez (6-1) started for the Tides for the first time since suffering a lat injury on June 1st. He threw 72 pitches, and his ERA is 1.92.

Bowie leads Erie by one game in the second half of the Eastern League’s Southwest Division. The regular season ends on Sunday.