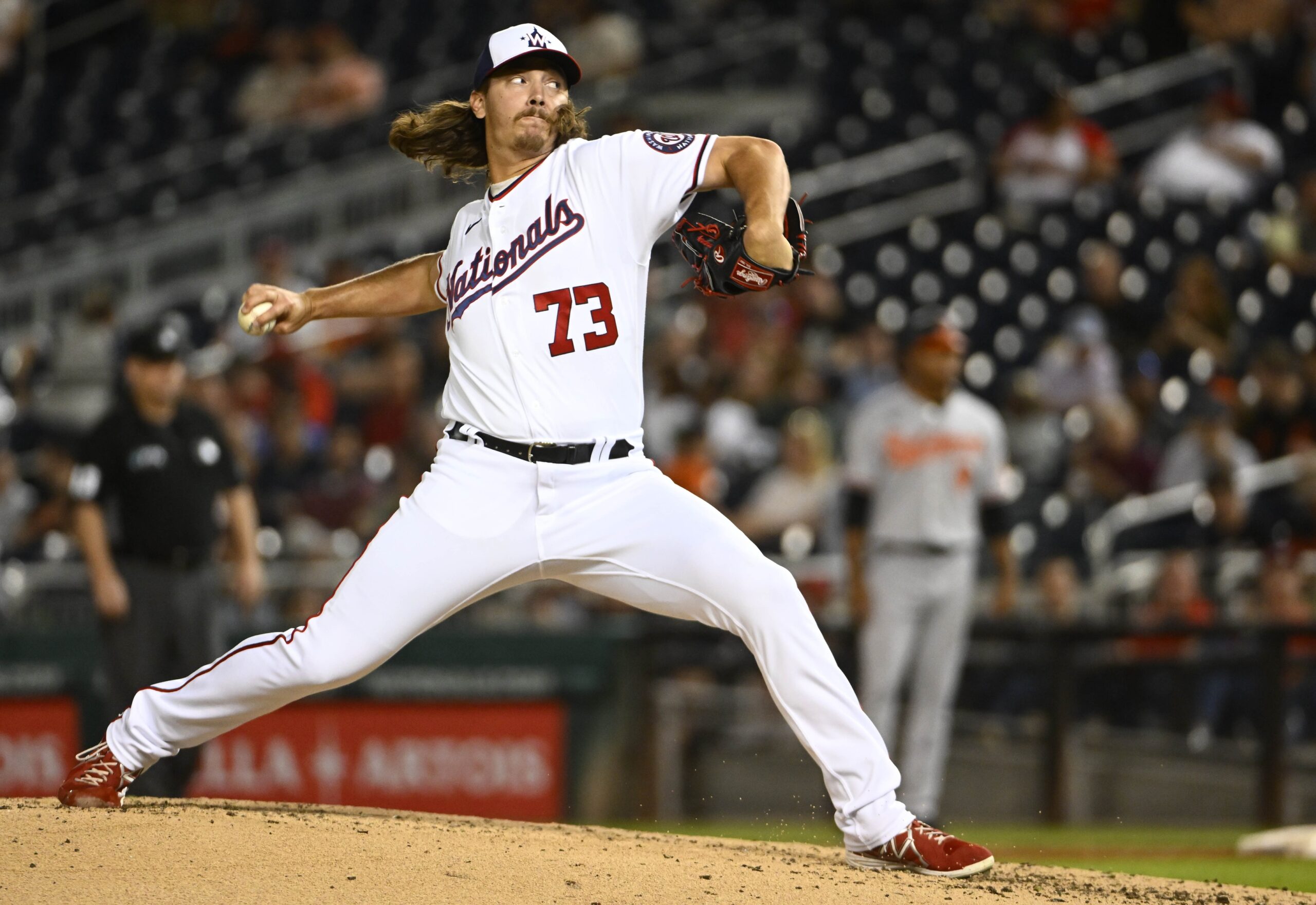 WASHINGTON—Pitcher Hunter Harvey was a prime Oriole prospect. Their No. 1 draft pick in 2013, Harvey was limited by injuries throughout his time with the team and from 2019-2021, had just 26 relief appearances.

Last November, Harvey was claimed off waivers by San Francisco and, on March 22nd, was claimed by the Washington Nationals.

On Tuesday night, Harvey surrendered his first home run of the season to Orioles first baseman Ryan Mountcastle, a close friend. It tied the score, 3-3, and the Orioles went on to win, 4-3.

“I think I got him out in minor-league camp one time,” Harvey told reporters after the game. “He hit a single that went through the legs of the outfielder and got a triple, and he’s been talking crap since, and that was 2015.

“We’ve been together on the same team for the last four or five years. We always talked about, ‘What if we got to face off?’ And we did. He might have won tonight, but it’ll be the last time.”

Harvey’s reaction to Mountcastle’s home was one you might not expect.

“I started laughing. That’s the first time I ever laughed giving up a home run,” Harvey said. “I just couldn’t — it was hard to hide that emotion just because we’re so close. We talk so much trash.

“He looked at me and was laughing and I knew my phone was going to get blown up, and I knew he was going to wear me out. I was like, ‘This is the worst-case scenario.’ I’d also been telling him I was going to hit him. I probably should have just done that.”

“It’s always weird, I think during [batting practice], before the game and seeing them in the other dugout,” Hays said. “Once the game actually starts, all that goes away and just the competitive side comes out.

Hays doesn’t think the hitter has an advantage after having played with a pitcher. He said Tampa Bay’s Shawn Armstrong and Toronto’s Kevin Gausman have changed their pitch mix since leaving the Orioles.

“Armstrong, everything that he threw when he was with us was straight, trying to get hop, and now he’s throwing cutters and sinkers,” Hays said. “Gaus, now he throws a splitter 40 percent of the time. It changes. You’ve got to treat him like you would any other opponent. They might not be the same pitcher, and you might not be the same hitter that they were or you were when you played on the same team.”

Manager Brandon Hyde noticed that Harvey looked bigger when he talked with him before Tuesday’s game.

“I don’t like to see Trey Mancini come up in a big spot against us,” Hyde said. “Hunter Harvey’s really good, so I’d rather them go to someone else. It’s fun to run into people you’ve had good relationships with.”

Hyde has been sitting him against some left-handed starters, and is doing it against Washington’s Patrick Corbin on Wednesday night.

“A lot of sliders away he’s had some trouble with,” Hyde said.

Ryan McKenna is in the lineup instead of Mullins, and he’s batting .278 against left-handers.