Orioles' Hyde is sticking with Hays despite his struggles; Reed provides relief - BaltimoreBaseball.com 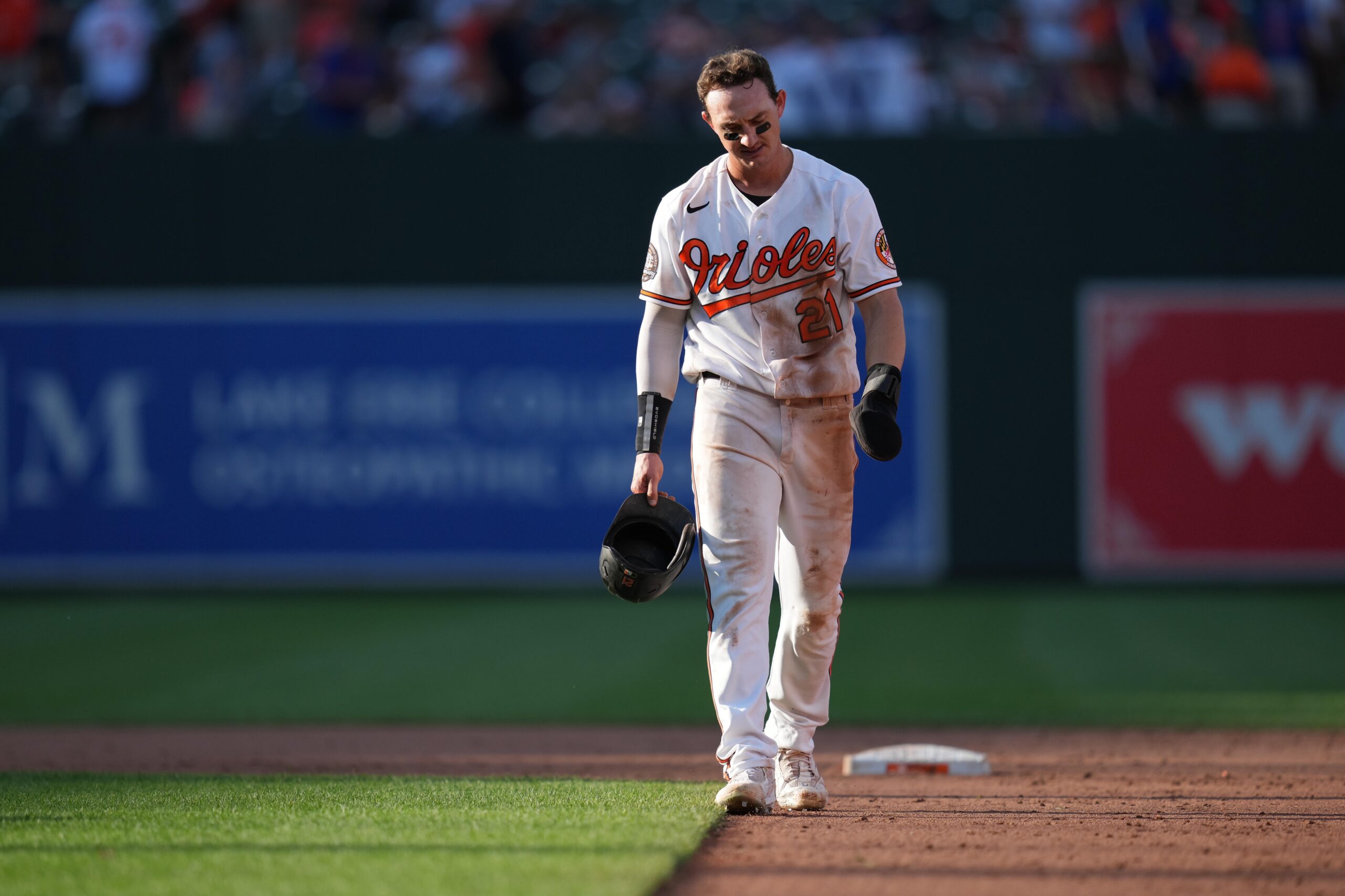 BALTIMORE—September has been Austin Hays’ best month. That’s not the case this season.

Hays was hitless in four at-bats on Saturday, although he hit into some tough luck. In the fifth, Boston Red Sox second baseman Trevor Story, who was playing on the left side of the bag, leaped and caught Hays’ soft line drive. In the seventh, rightfielder Alex Verdugo grabbed Hays’ sinking liner with a diving catch.

His struggles have been perplexing. He looks indecisive at the plate and appears to be pressing.

Hays looked terrific early in the season, and on June 22nd,became just the sixth Oriole to hit for the cycle, and the only one to do it in six innings. He had a .287 average.

The next night, Hays injured his right wrist making a diving catch at Chicago’s Guaranteed Rate Park, and the slump began.

After hitting .270 with 12 home runs and 46 RBIs in the first half of the season, Hays is hitting .187 with three homers and eight RBIs after the All-Star break.

Manager Brandon Hyde has dropped Hays in the lineup. On Saturday, he hit eighth for the third time this week. Earlier this season, Hays batted cleanup 38 times.

“I just think, past history, he’s too good of a player to struggle for a while,” Hyde said. “I think he’s really jumpy right now. He’s trying so hard. You see him more lungy than normal, kind of crashing into the ball instead of letting the ball come to him. A flare to right for a hit, hopefully, something like that gets him going.”

Hays has had a history of injuries that have kept him off the field, and perhaps playing with a sore wrist has hindered him.

“I’m not really sure about that,” Hyde said. “I think he feels OK, but he’s a tough kid, and maybe he’s trying … I don’t know if the wrist is bothering him enough … or is the reason he’s not doing what he wants to do right now.”

Hyde keeps playing Hays because of his defense.

“That’s another thing. He’s had his scuffles offensively, but we’ve won because of our pitching and our defense, and I have a tough time taking guys who have helped us out of the lineup,” Hyde said. “Haysy is hitting down in the order, but what he’s done for us defensively in left field in a really, really tough left field to play is huge for us right now.”

Bullpen piece: Few seemed to notice when the Orioles claimed right-handed pitcher Jake Reed from the Los Angeles Dodgers off waivers on Monday. Reed, who will turn 30 later this month, has bounced around pro ball since 2014 when he was selected by the Minnesota Twins in the fifth round of the draft.

He made the major leagues in 2021 and pitched in 10 games for the Dodgers and New York Mets. He pitched in 10 more with the Mets and Dodgers this season.

The Orioles were looking for fresh arms after their Labor Day doubleheader. In two games, Reed has pitched 2 1/3 scoreless innings, allowing a hit and striking out three.

Reed earned the win on Friday night when the Orioles defeated Boston, 3-2. He retired all four batters he faced with his unorthodox motion that reminds one of a fastpitch softball pitcher..

“I just know what an unusual look it is, especially against right-handed hitters,” Hyde said.

“Before the claim, we look into the player. He just closed a game for the Dodgers not that long ago, so you know there’s strike-throwing ability. He’s tough on right-handed hitters, especially, so you throw him out there and see what you’ve got. He pitched really good against Toronto, and that was a good pocket for him to pitch in last night. He did a great job.”

Numbers game: In 2021, the Orioles set a franchise record, using 62 players. Reliever Yennier Cano, whom the Orioles received from the Minnesota Twins as part of the package for All-Star closer Jorge López, made his debut in the eighth inning. He’s the 58th player used by the Orioles this season, equaling the number of players used in 2019, Hyde’s first season.