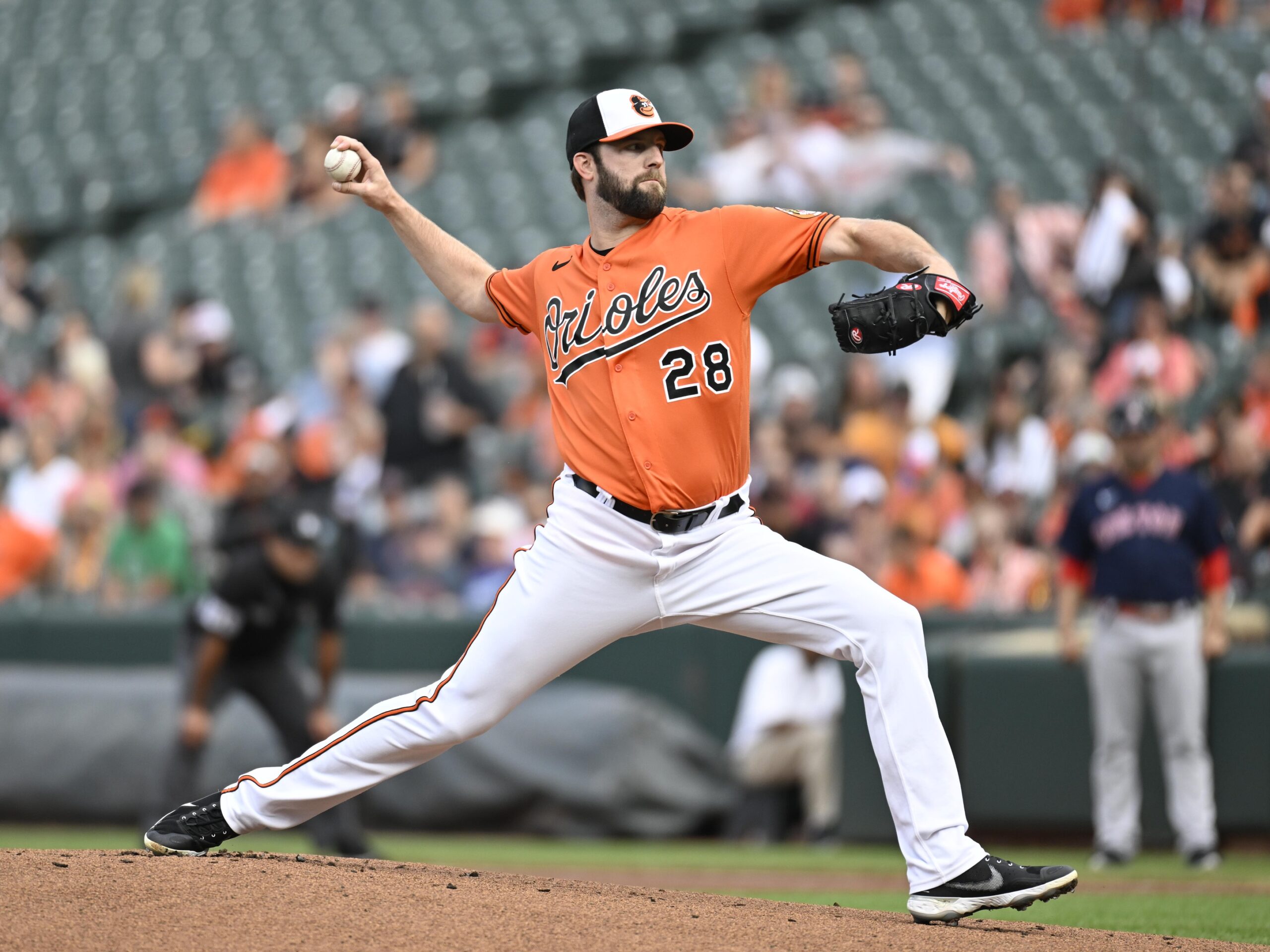 BALTIMORE—Jordan Lyles tried to warm up for the second game of Monday’s doubleheader against Toronto but was too ill to pitch. After resting on Tuesday, he began his preparation for his return a day later and was pronounced well enough to pitch on Saturday.

Unfortunately for Lyles, his start was his worst as an Oriole. Four batters into the game, the  Orioles were down by four and Lyles allowed a season-high eight runs in 3 2/3 innings in Baltimore’s 17-4 loss to the Boston Red Sox on Saturday before an announced crowd of 26,050 at Camden Yards.

The 17 runs and 21 hits allowed were the most surrendered by the Orioles this season.

“I think guys are letting it go now,” Lyles said. “After we leave the clubhouse tonight, after we eat, early game tomorrow, we know what’s in front of us, what’s in store, what we’re capable of. It was a bad loss, but it only counts for one.”

Rookie Yennier Cano, acquired from Minnesota in the August 2nd trade for All-Star closer Jorge López, allowed seven runs in 1 2/3 innings, including six runs in the ninth. Rightfielder Ryan McKenna allowed two hits and finally recorded the third out of the ninth inning.

“There’s two outs, a couple of swinging bunt singles, a walk, and you’re hoping, ‘Please have this inning end!’ And it wasn’t ending, and unfortunately, had to bring in McKenna there,” manager Brandon Hyde said.

Nearly all the fans remained throughout the lopsided affair because there was a postgame concert by The Struts, an English rock band.

The Orioles (73-66) began the game four games behind Seattle, the third and final wild-card team, but since they won three straight from September 1st-3rd, they’ve stumbled, losing five of seven. With just 23 games remaining, their chances of playing in the postseason are dimming.

“Until they say we’re unable to do so, regardless of if we win out, then yeah,” Mullins said about the team’s resolve.

Lyles was in trouble from the start. In a 22-minute first half-inning, Lyles walked Tommy Pham on nine pitches, Alex Verdugo singled, and Xander Bogaerts was hit by a pitch before Rafael Devers hit his 26th home run. The grand slam was the fourth allowed by Lyles in his career.

Lyles allowed consecutive doubles to Kiké Hernández and Kevin Plawecki in the fourth, and a two-out RBI single to Verdugo. After a single by Bogaert, Keegan Akin replaced him.

Devers and Trevor Story hit RBI singles, and Devers was thrown out in a rundown to end the fourth.

Lyles (10-10) allowed eight runs on seven hits, walking one, hitting two batters and striking out one.

“The breaking balls weren’t there for me,” Lyles said. “The changeups weren’t much of anything. The stuff was a tick or two down for me. It was a tough one, yeah.”

Lyles didn’t use his illness as an excuse for a weak performance.

“Maybe, but when I’m out there, I don’t care what I’m throwing, how hard I’m throwing,” he said. “I’m trying to get quick outs. I’m trying to get our defense back in the dugout and get comfortable. I hate them standing around in the outfield and the infield for so long, having Adley [Rutschman] back there squatting so long. It was a tick or two down. I’m sure I’ll be able to bounce back in a few days.”

In the fifth, it got worse for the Orioles. Christian Arroyo hit a two-run home run, his sixth. A single by Hernández was the fifth straight hit allowed by Akin over two innings and pushed Boston’s lead to 10-1.

Mullins hit his 14th home run with two outs in the third. A sacrifice fly by Jorge Mateo and an RBI single by Mullins in the fifth cut Boston’s lead to 10-3.

Ryan Mountcastle hit a long drive to center in the bottom of the fourth that Hernández caught over the wall. Mountcastle shook his head as he walked away. Mountcastle had an RBI double in the eighth.

“I didn’t have my best stuff,” Lyles said. “They got out to an early lead, and that was the ballgame. We had to use a lot of pitchers after me, but on the opposite end of that spectrum, it only counts for one loss, and we’re going to try to get a series win tomorrow. Tomorrow, if we win, we take the series and we won’t think about all the runs we gave up tonight.”

Notes: Hyde said before the game that he hoped Félix Bautista, who didn’t pitch in Friday night’s 3-2 win because of arm fatigue, would be available to pitch on Sunday. He played catch before the game. Hyde said that he wanted to make sure Bautista was healthy before he used him again.  “He’s been great in huge spots all season long. I want to make sure he feels good to pitch,” Hyde said. … Kyle Bradish (3-5, 5.30) will face Rich Hill (6-6, 4.79) on Sunday at 1:05 p.m. … Pham left the game in the fourth inning because of a bruised left shin after Lyles hit him with a pitch in the second inning. … Centerfielder Colton Cowser had two hits as Triple-A Norfolk lost to Memphis, 4-1. … McKenna joins infielder Chris Owings as the position players who pitched for the Orioles this season.