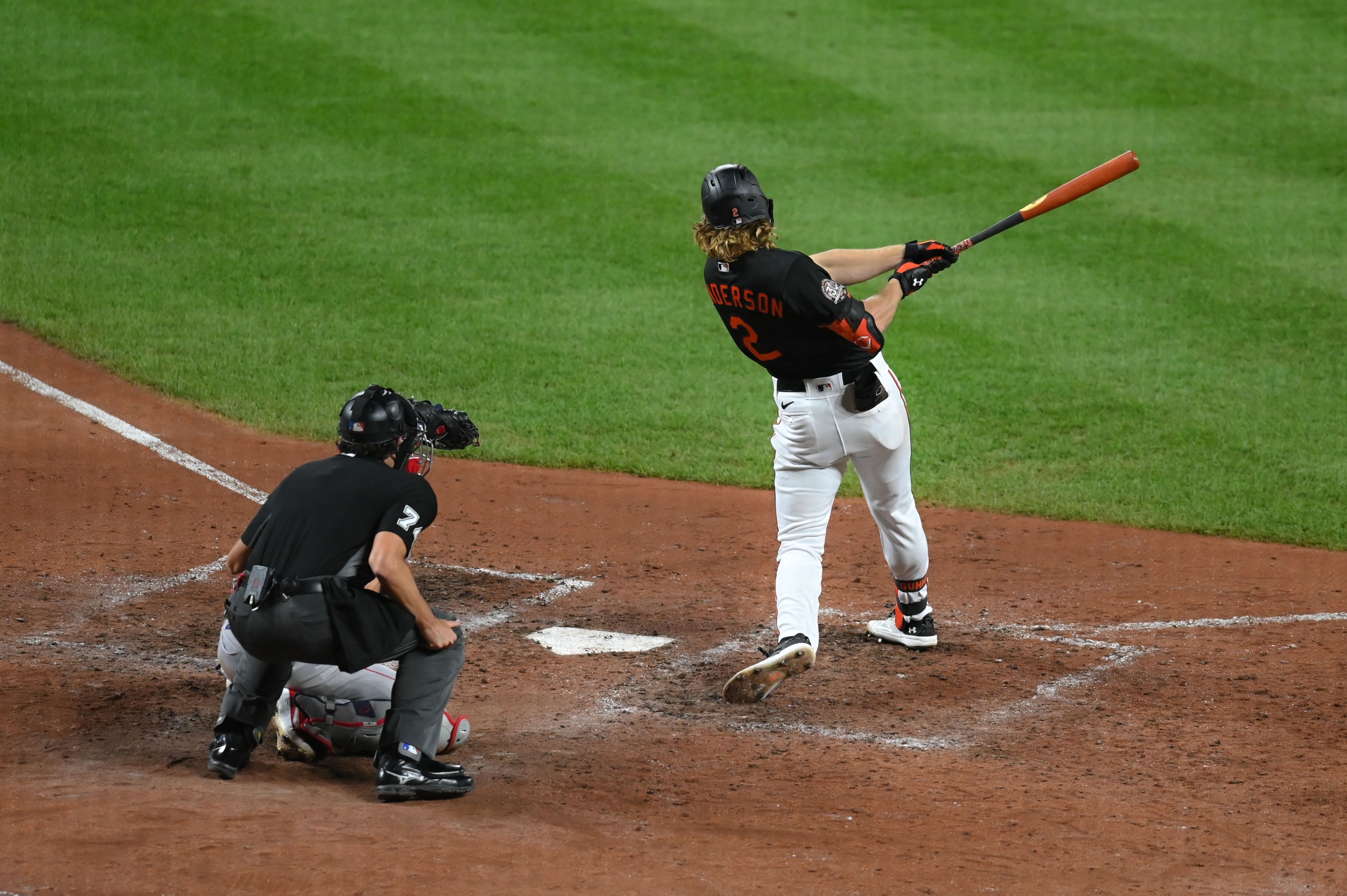 BALTIMORE—For the first five innings, the Orioles’ offense had been stifled by Boston Red Sox starter Brayan Bello. In the sixth, Bello weakened, and the Orioles, who had been held to a run on five hits in the previous 14 innings, scored three runs to defeat the Red Sox, 3-2, before an announced crowd of 16,451 at Camden Yards on Friday night.

The Orioles (73-65) needed the win after losing three of four against Toronto. The Blue Jays defeated Texas, but Seattle lost to Atlanta, enabling the Orioles to move within four games of the Mariners, who are now the third and final wild-card team.

Cedric Mullins led off the sixth with his third hit. Rutschman and Santander walked before Ort replaced Bello.

With Ryan Mountcastle at bat, Ort threw a wild pitch, allowing Mullins to score. Mountcastle, walked, and Henderson bounced a single to right to give the Orioles a 3-2 lead.

“I was just looking for one specific pitch,” Henderson said. “I told myself to get on top of it and not miss it. I was able to get the job done. We were in a good situation there to put ourselves in the lead, and felt like it was a good opportunity to help the team win.”

The Orioles got only five hits — three by Mullins and two by Henderson. They’re 11-22 with five hits or fewer.

“I thought we really struggled early,” manager Brandon Hyde said. “Our at-bats weren’t real good the first half of the game, for sure. We got fortunate in the sixth. We got some walks, and a big hit by Gunnar there.”

The Orioles’ bullpen pitched five scoreless innings, allowing four hits. Dillon Tate recorded four outs for his fourth save. Félix Bautista, who had a six-out save on Tuesday night, was not available because of arm fatigue.

Austin Voth allowed a two-run home run to Xander Bogaerts in the third. DL Hall relieved him after Tommy Pham singled to start the fifth and threw 1 1/3 scoreless innings.

“Bullpen picked me up today,” Voth said. “They did a good job keeping the game close.”

Hall walked Trinton Casas with one out in the sixth, and Jake Reed (1-0), claimed off waivers on Monday from the Los Angeles Dodgers and whose motion reminds one of a fastpitch softball pitcher, recorded four outs.

“Those were huge outs,” Tate said. “I love his stuff. He’s really deceptive. It’s funky, it’s tough to read it. It’s been a good addition to our club.”

“This club has a lot of fight,” Tate said. “Guys are ready to go when their names are called.”

Hyde hopes that Bautista can pitch on Saturday.

“We were staying away from him,” Hyde said. “After that last outing, he had just a little bit of arm fatigue, and we just wanted to give him a few days. The guy’s had so many appearances, top of the leaderboard in innings pitched and appearances out of the bullpen, so very, very normal. We’re hoping he’s available tonight.”

In the first four innings, Mullins had two hits, and was thrown out twice. He singled against Bello leading off the first and was out trying to steal. In the fourth, Mullins lined a ball sharply off the right-field scoreboard. Alex Verdugo’s throw nailed Mullins at second.

Henderson and Ramón Urias walked with one out in the fifth. Rougned Odor popped to short and Austin Hays struck out.

“We didn’t swing the bat real well tonight, but we got a win, and the pitching  picked us up tonight,” Hyde said.

Notes: Infielder Jonathan Araúz cleared outright waivers and was assigned to Triple-A Norfolk. … Tate is the Orioles’ nominee for the Roberto Clemente award for community service. … Jordan Lyles (10-9, 4.25) is expected to face Michael Wacha (10-1, 2.58) on Saturday at 5:05 p.m. The Struts, an English rock band, will perform after the game. … The Orioles will play the St. Louis Cardinals in an additional Grapefruit League game on March 26th in Sarasota.

Catcher Maverick Handley and shortstop Chris Given homered in Double-A Bowie’s 5-2 loss to Richmond. Chayce McDermott started and allowed one run on one hit in 4 2/3 innings, striking out nine and walking one.