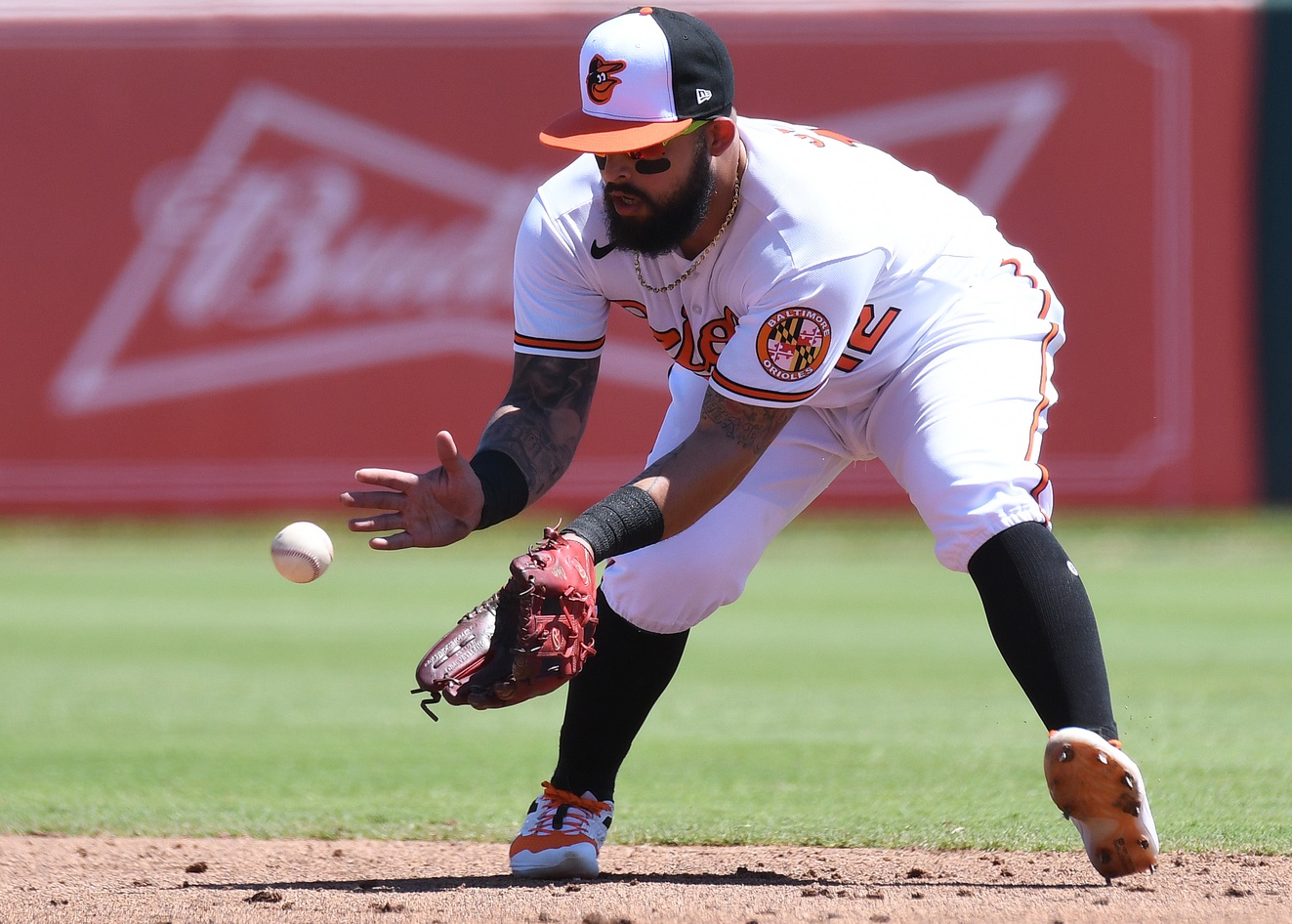 BALTIMORE—Rule changes are coming to Major League Baseball next season, and they will require adjustments.

Pitchers will have 15 seconds between pitches when the bases are empty, and 20 seconds with runners on base. Pitchers may step off the rubber, which resets the timer, no more than twice an at-bat.

Hitters must be in the batter’s box and “alert to the pitcher, with at least eight seconds remaining” on the clock.

The radical infield shifts will be abandoned. Two infielders must be on either side of second base, they can’t touch the outfield grass, and they can’t switch positions during a batter. Four-man outfields are banned.

The size of bases will be increased three inches, from 15 to 18. The hope is that more stolen bases and fewer injuries will be the result.

“I think they have the right idea. Other sports have made lots of changes in recent years, and have made adjustments, and it’s nice to see our guys, the league and the players and the umpires come together and try to better the game for the fans and the players. I’m interested to see what it looks like next year.”

Players had only four votes on the 11-member competition committee, and they opposed the pitch clock and shift rules, though they favored the larger bases.

“I don’t think us players were looking forward to that individual rule,” starting pitcher Jordan Lyles said of the 20-second pitch clock with runners on base. “That takes away from the game of baseball a little bit, but I’m all for it with no one on base. Let’s get this thing going. I’m big on that. I’ve always been big on that. I take pride in being quick, and as a player that takes pride in being quick, things slow down when guys are on base. That’s the nuance of baseball, so that’s going to take some time getting used to it and figuring it out.”

Infielder Terrin Vavra and pitcher Kyle Bradish played in Triple-A this year and have experience with the pitch clock and shift rules.

“As an infielder, you have to be able to cover more ground now,” Vavra said. “You have to be able to show more range, more versatility, and that’s a challenge, but I think that’s going to be pretty exciting to see some of the plays that are made. As a defender, you want to make every play you can, and put yourself in the best position to do that, and now our hands are a little bit more tied with it.”

Vavra did have to adjust to the pitch clock.

“It forces you to get back in the box and get ready to hit,” he said. “There’s a lot less time for the internal thoughts … When you’re out there battling with the pitcher, you start to think about everything. For both pitcher and the hitter, there’s less time for internal thoughts and more time to get on the mound and make a good pitch and put a got swing on it. I think that’s exciting and I think it will need a little adjustment, but I think it will be good for the game.”

“It keeps me in a good rhythm,” he said. “I didn’t have to wait on batters to do their full routines, but it will be interesting to see how that will affect some of the hitters up here because everyone has routines. Getting back in the box, being a little rushed should be interesting.”

Bradish doesn’t mind the limits on stepping off the rubber.

“I don’t think that will affect me,” he said. “I mix up my times pretty well. I think that’s part of pitching is being able to control the running game. What is it [stepping off] twice in an at-bat? I don’t think you need to do much more than that. Should be a good way to speed up the game.”

Hyde likes banning the shift, even though the Orioles have benefited at times by Rougned Odor playing second base well into right field.

“I’m looking forward to going back to what it was before,” he said. “I do like traditional baseball. Maybe I sound old school, but I do like the way it is. Rouggie’s taken a lot of hits away because he plays so deep because his arm is so strong. We’re used to how it is now.”

Hyde thinks his Orioles are suited for the shift rules.

“It brings the athleticism and arm strength and range especially back to middle infielders,” he said. “I think that we’re young and we’re athletic and we have some nice middle infielders that are going to have big range and have arms. I think it’s going to benefit us.”

Odor is fine with the new rule.

“I like it. I think it’s going to be fair for everybody,” Odor said. “That’s normal for baseball. That’s how it used to be, and it’s back to normal now. That’s not going to bother me because that’s how I used to play second when I grew up and when I got to the big leagues, there didn’t used to be shifts … You’re going to find a way to play defense how we used to do it before the shift.”

Note: Hyde said before Friday’s game against the Boston Red Sox that he hopes that Lyles, who was scratched from Monday’s doubleheader loss to the Blue Jays because of flu-like symptoms, will be able to start on Saturday. Lyles threw a side session on Thursday.