Orioles' offseason should be interesting - BaltimoreBaseball.com 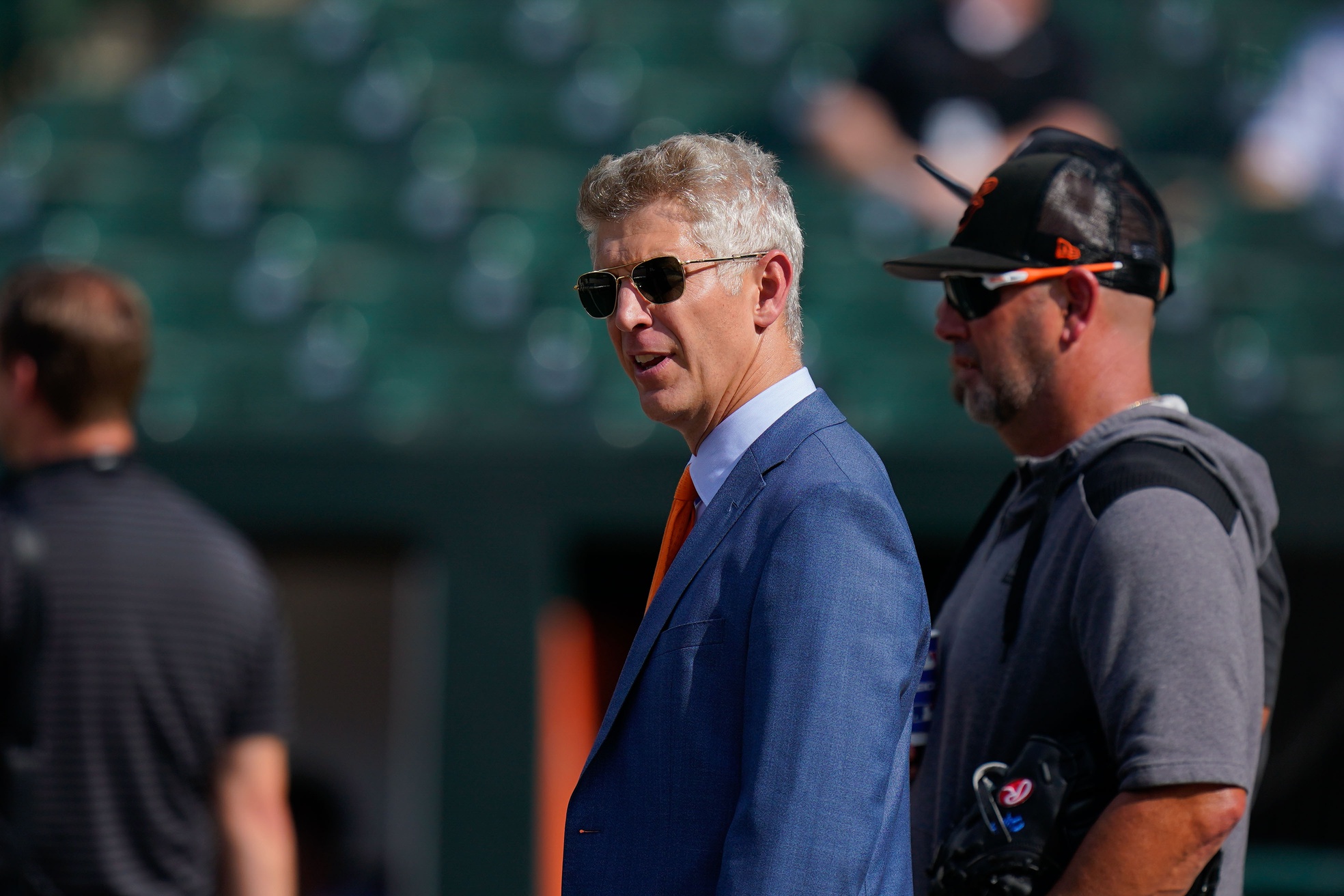 No matter how their 2022 season ends, the Orioles are set up for an intriguing offseason. The team has little money committed for 2023, and with their surprisingly successful season, Baltimore could again be a destination for free agents.

Only starter John Means, who missed nearly all this season after Tommy John surgery, has a guaranteed contract for next season. Means and the Orioles agreed on a two-year contract in May that pays him $2.975 million in 2023.

If the Orioles exercise their 2023 option on Lyles, they owe him $11 million. If they don’t, he’s paid the $1 million buyout.

They could pick up Lyles’ option, or they may decide to avoid that and attempt to sign or trade for another veteran pitcher or two, especially since no one knows when Means will return; his surgery was in late April.

Outfielder Anthony Santander, who settled for $3.15 million this season and avoided arbitration, is due for a jump after hitting 27 home run going into the team’s final 25 games. The Orioles could trade him because they have promising outfielders in Kyle Stowers, who has hit .238 in 14 games, and Colton Cowser, last year’s top draft choice who’s in his first weeks at Triple-A.

Although attendance for Tuesday’s and Wednesday’s games against Toronto — fewer than 20,000 — was disappointing for a team making a surprising playoff push, ticket sales are up. With 13 home games remaining and the Orioles averaging 18,000 tickets sold, attendance should top 1.4 million, about 100,000 ahead of 2019, their last pre-pandemic season. Attendance could jump in 2023 because of the building optimism.

There’s other good news, too. The new left-field dimensions — nearly 30 feet deeper and 6 feet higher — might attract pitchers who were reluctant to come here. They also don’t have to worry about protecting a number of their top minor league prospects — Cowser, infielders Darrel Hernaiz, Jackson Holliday, Coby Mayo, Connor Norby, César Prieto and Jordan Westburg, and outfielders Hudson Haskin, Heston Kjerstad and John Rhodes — in the Rule 5 draft yet.

Starters Chayce McDermott and Cade Povich, acquired in the trades for Trey Mancini and Jorge López, don’t have to be protected until 2024.

There are a number of others who must be protected, including top pitching prospect, Grayson Rodriguez, who’s likely to be placed on the 40-man roster in the coming weeks.

Starter Seth Johnson, acquired with McDermott in the Mancini deal, is eligible to be protected, but he recently underwent Tommy John surgery and could miss the entire 2023 season.

The Orioles could package some of this talent to acquire some starting pitching depth.

For the first time during the Elias era, which began in November 2018, the Orioles could be linked with multiple free agents. In his first four offseasons, the Orioles avoided major commitments to major league free agents. Lyles was the most expensive free agent signed during that time.

The Orioles have been in “sell” mode when it came to trades, moving veterans for prospects, but now that they’ve had four fruitful drafts and several trades that have brought back prospects, it could be time for Elias to begin spending that capital on veterans who could push the Orioles another step in 2023.