Calling the Pen: Traitor to the Orioles - for a day - BaltimoreBaseball.com 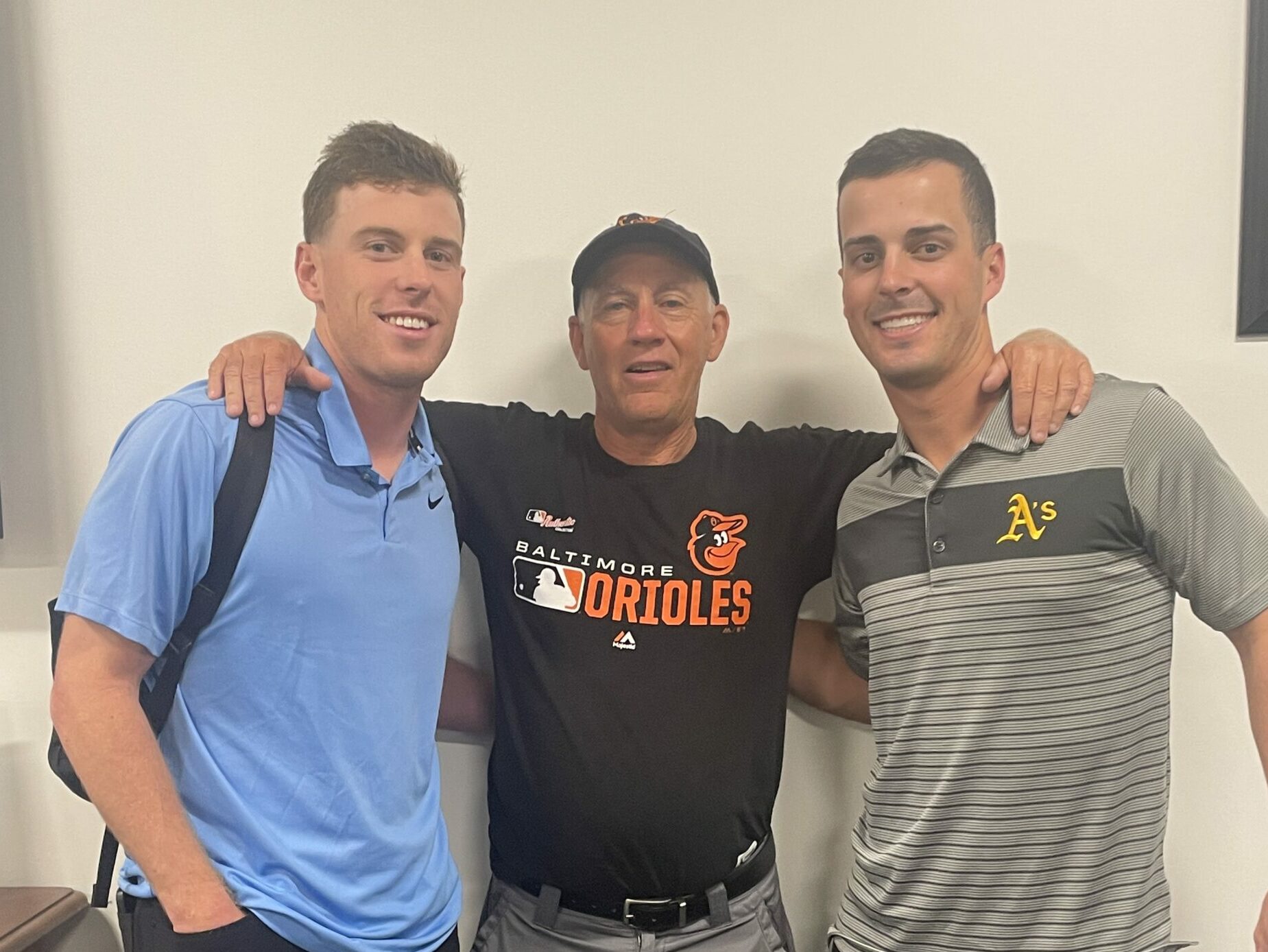 For 65 years now, I’ve been a Birds fan. I cried when I signed up for Little League and they stuck me on the Dodgers. Later, I became a regular up in Section 34 with Wild Bill Hagy and my fellow Dundalk crazies.

Those were some fun days. Over time, the fun may have become as frequent as a Brooks Robinson error, but the loyalty stayed the same.

But last Friday, in the midst of this pennant race we did not see coming, I rooted for the other team.

Because of who we were facing. The Oakland A’s starting pitcher was JP Sears. Going into Friday’s game, Oriole fans might have remembered him as that Yankee rookie who beat us twice earlier in the year. But I remember him long before that.

The first time I was introduced to Sears, or JP as I call him, was when, as a freshman in high school, he walked into my history class. Like every other student that I taught at Wilson Hall School in Sumter, South Carolina, JP’s introduction to my room included walls adorned with Orioles and Cal Ripken Jr. posters. Like every student I have taught for 40 years now, JP may have learned a little history, but he definitely learned his teacher is an Orioles fan.

JP was also a ballplayer. Sumter is a baseball-crazy town, home of former Yankees great Bobby Richardson and current Cardinals pitcher Jordan Montgomery. After helping lead our school to a state championship, JP played college baseball at The Citadel in Charleston, South Carolina. I often made the two hour-drive down to catch one of JP’s games. He always had tickets waiting and his parents always thanked me for coming.

After racking up crazy strikeout numbers in college, JP was drafted by Seattle in 2017, joining a long list of former students I have taught who have bounced around the minor leagues, but never got the call to “The Show.” But when JP kept putting up the same crazy strikeout numbers at Double-A and Triple-A, I started wondering if he would be the first to make the major leagues.

Turns out he did. At the start of this season, JP was able to grab a spot on the Yankees’ Opening Day roster. He made his first appearance when he pitched a scoreless inning against Toronto on April 13th.

Three days later, I got a text from his younger brother, McLendon.

“You watching?” it said.

Yes, I was. JP was sent in with the Orioles up on the Yankees 2-0 in the fourth inning. After JP pitched a scoreless inning, the Yankees scored four runs in the bottom of the inning to go on top, 4-2. JP ended up with his first major league win. I was delighted. Yes, it was the Orioles, but it made their record 2-6, so I assumed it would end up being just one of around 100 losses by season’s end.

On May 25th, JP got his first major league start  — against the Orioles. I ventured to one of the few sports bars in Sumter to catch the game, and the place was filled with people who knew me, and who knew JP, so they all wanted to know the same thing.

“Who you rooting for?”

That was easy. JP was almost family, at least in my mind. The Orioles are definitely family, but at 17-28 appeared on their way to another miserable season. What would one game hurt?

JP went out and shut down the Orioles, picking up the win by going five scoreless innings on three hits.

At the trade deadline, JP was sent to Oakland by the Yankees. When the A’s quickly put JP into the major league rotation, I traveled to Texas to catch one of his starts against the Rangers. I wore my traditional ballpark attire  — Orioles shirt and Orioles cap. JP grinded through five innings of scoreless ball to improve to 4-0 on the season. After the game I was invited to the A’s “family” room along with McLendon and JP’s mother, and walked in awkwardly dressed head-to-toe in my Orioles garb.

After their series with the Rangers, the A’s were headed east on a road trip that  would take them to Camden Yards. That’s when I realized I had a problem. The Orioles had become the talk of much of baseball with their unexpected rise up the standings and were banging at the door of a wild-card spot. What if JP  faced the Orioles now? Who should I root for?

That problem seemed to be solved when Oakland’s rotation had JP facing the Nationals the day before they came to Baltimore. But on Wednesday, the A’s decided to push back his start to Friday.

Turns out it actually was not the dilemma I feared. It was much easier to turn my back — for a day — on the Orioles and pull for my former history student, the one who was appreciative when I watched one of his college or minor league games, the still humble and grateful young fellow who texted me after the game against the Rangers and thanked me for coming to watch him pitch.

The night before he faced the Orioles, I texted JP a little scouting report. “Mullins is gonna lay a bunt down … Mateo gets antsy when he gets on base and you can pick him off … Gunnar’s homer was a slider down, middle of the plate.” It was nothing short of treason, and I knew it.

I spend my Friday nights this time of year doing play-by-play for Wilson Hall football on the radio. That meant when JP took the mound against the Orioles, I would be too occupied to keep up. But at halftime, I took a peek, and he was hanging in there. The Orioles were up 2-0 in the fourth. When the football game ended, I checked again, and everything turned out perfectly.

JP finished six innings, holding the Orioles to two runs while striking out five, and left with the A’s having tied the game, 2-2. The Orioles ended up winning the game 5-2 with three runs in the eighth. Another strong, quality start for JP, and another step toward a possible wild-card berth for my Orioles.

When I got home later that night I rolled back the game on MLB.TV to check out JP’s performance. He looked good to me, but more importantly he looked good to someone else.

“The kid can pitch.” Orioles Hall of Famer Jim Palmer said on the Orioles’ broadcast, after JP got his fifth strikeout. “He knows what he is doing out there.” Palmer was constantly complimentary of JP’s performance and questioned why the Yankees traded him. That was all the validation I needed.

By Saturday, it was back to the wild-card chase for my Orioles. I could feel us breathing down the back of the Blue Jays when we won on Saturday, and I cursed our feeble at-bats when we got shut out on Sunday. I made sure my Labor Day would not be interrupted by any picnics or beach outings that would keep me away from our doubleheader with the Blue Jays.

Benedict Arnold continued his treasonous ways until his death. When he realized England was about to end the war, he fled to England and continued to plead to Parliament and the King to continue fighting and destroy the nation he had turned his back on. To his death, he hated America.

I have also been a traitor — to the Orioles. But it was only for a day, and considering the circumstances, can you blame me?