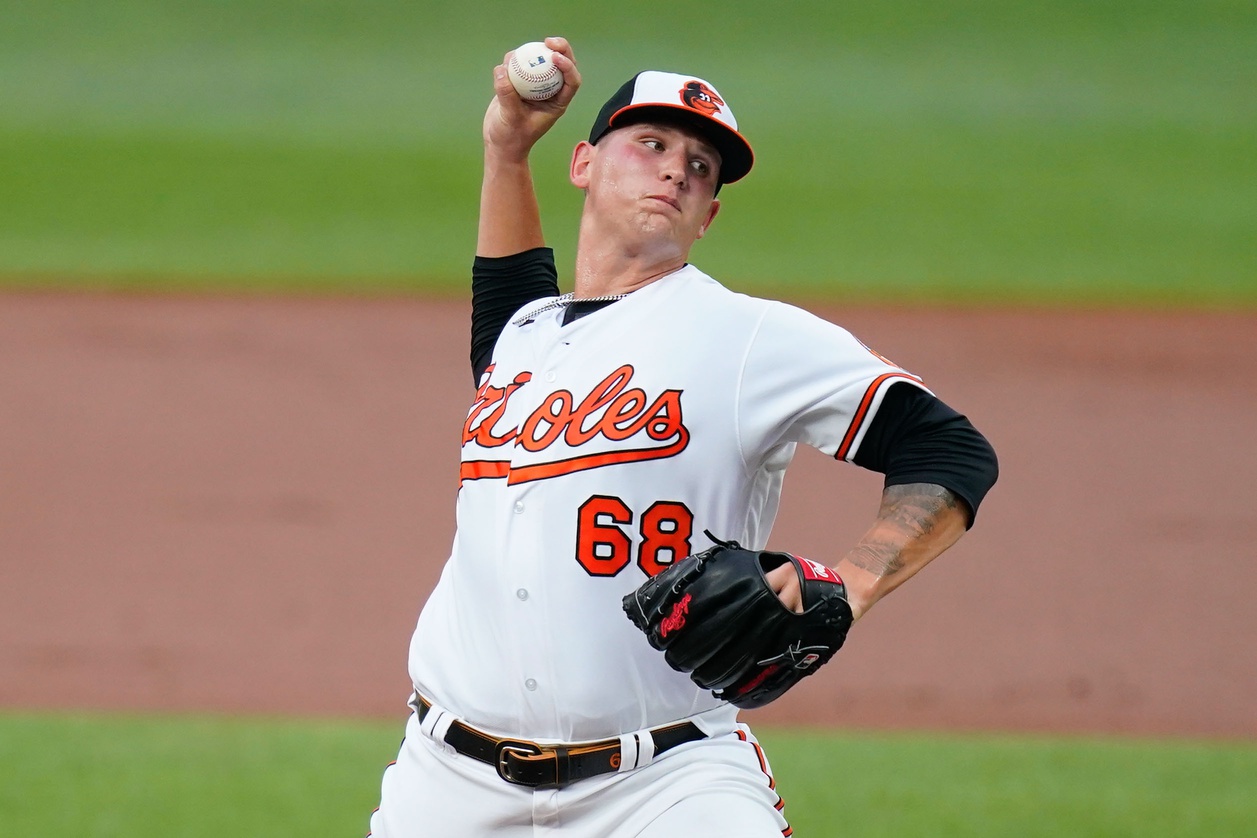 In a surprising move, manager Brandon Hyde has decided to start Tyler Wells, who hasn’t pitched for the Orioles since July 27th, against the Toronto Blue Jays on Wednesday night. He plans to follow Wells with Dean Kremer, who was expected to get the start.

The Orioles go into Wednesday night’s game trailing the Blue Jays by 3 1/2 games for the third and final wild-card spot.

Wells has been on the 15-day injured list because of lower left side discomfort. He left the July 27th game against Tampa Bay after 4 1/3 innings because of the injury. Last Friday, Wells threw 2 1/3 innings and  31 pitches for High-A Aberdeen in a rehab start.

“He’s not built up and how long it was going to take to build up like a starter,” manager Brandon Hyde said. “Do we put him in our bullpen? Do we continue to build him up as a starter? We’ve been juggling that the last week or two because he’s been feeling good and pitched really well in his rehab appearance.

“He threw 30-ish pitches in one rehab appearance. It would be irresponsible of me to push him much further,” Hyde said.

Hyde said he thought this was the best move after starting pitcher Jordan Lyles was scratched from Monday’s doubleheader loss to the Blue Jays because of illness and the use of four relievers to cover six innings in Tuesday’s 9-6 victory.

“To be able to have him pitch out of the bullpen today or to start the game was the decision we made late last night or early [this] morning … We’ll build up Tyler in the rotation from there.”

Kremer will pitch after Wells.

Hyde would prefer to have Kremer start an inning instead of coming in during one.

“I explained all that to him and Dean was super pro and offered and asked to go in there during that situation,” Hyde said. “I probably won’t do that, but we’ll see how the game goes.

T0 make room for Wells, the Orioles optioned right-hander Spenser Watkins to Triple-A Norfolk. Watkins is 4-6 with a 4.37 earned-run average and has lost five straight starts. The Orioles have scored only seven runs in those starts.

“Sometimes you option guys you don’t want to option, guys that have pitched well for you,” Hyde said. “The better teams have tough decisions, roster decisions. Spenser’s done a great job for us this season.”

Watkins will start at Norfolk.

On Tuesday night, Hyde was aggressive in his use of the bullpen, bringing in late-inning reliever Dillon Tate in the fourth and following him with Cionel Pérez, Bryan Baker and Félix Bautista, who recorded a six-out save in the 9-6 win.

Lyles update: Lyles was back in the clubhouse on Wednesday, two days after he was scratched on Monday.

“Another little stomach virus thing,” Lyles said. He was scratched because of illness on June 19th. “It’s come up a couple of times. We’re going to look into it a little more, do some testing, get some more information. Today, I felt better, and I hope to be out there shortly.”

He declined to speculate when he’d pitch, saying it was Hyde’s decision.

“He’s out there playing catch right now,” Hyde said “Hoping for a side tomorrow if things go well today. We’ll take it day-to-day, hopeful by this weekend, if possible.”