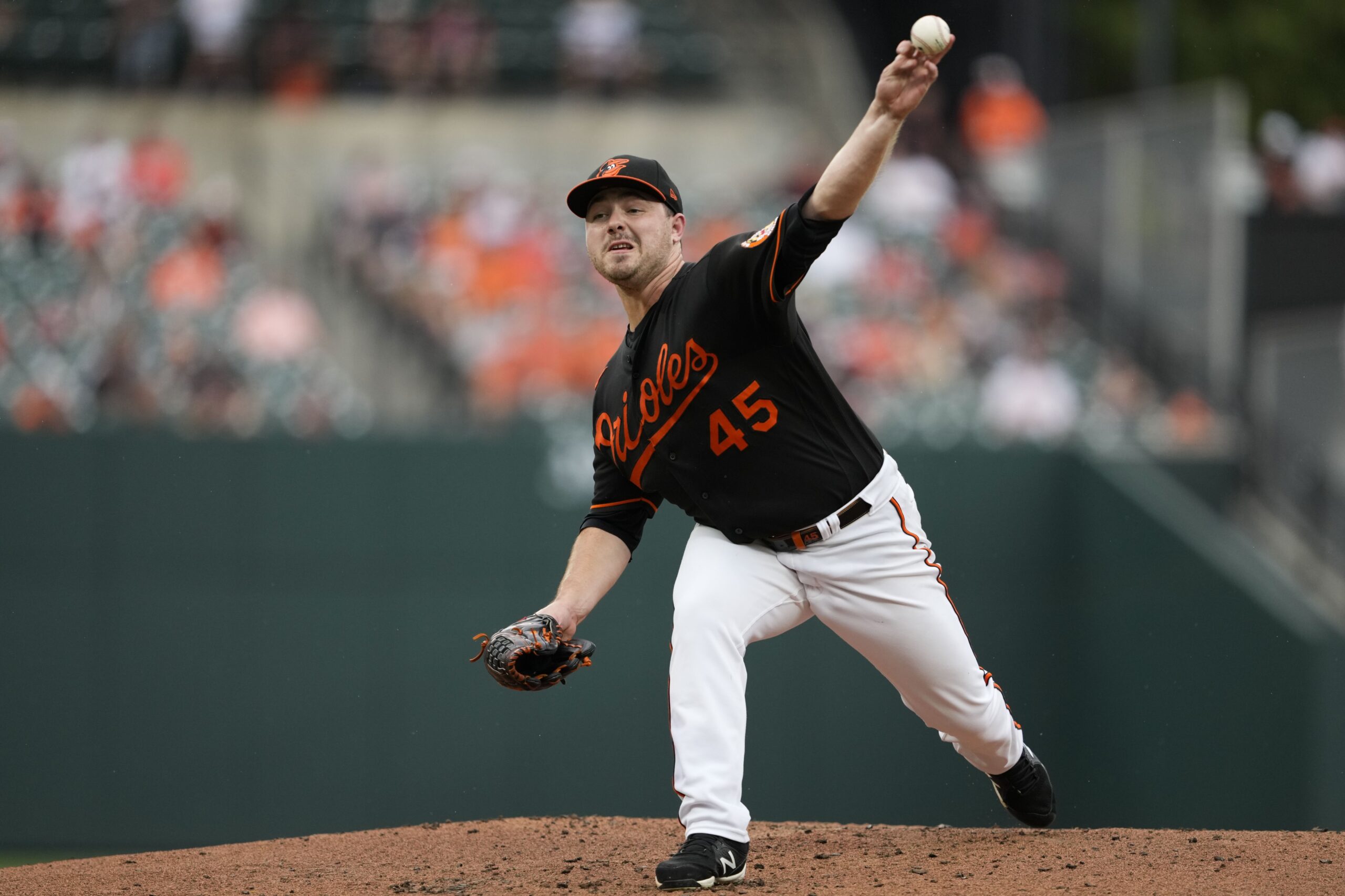 The Orioles were swept in a doubleheader by the team ahead of them for the third and final wild-card spot, the Blue Jays, to fall 4 1/2 games behind Toronto. Mike Baumann started the first game — a 7-3 loss — to give Lyles more time to recover. Lyles tried to warm up for Game 2, but he had to be replaced at the last minute by Keegan Akin in a game that featured three home runs by Bo Bichette in an 8-4 Toronto victory before an announced crowd of 25,451 at Camden Yards.

Akin (3-2) allowed two runs in 2 1/3 innings, although the runs he was charged with scored when Nick Vespi allowed the first of Bichette’s three homers.

“Akin volunteered knowing we were going to be short,” manager Brandon Hyde said. Hyde said there wasn’t enough time to prepare Bruce Zimmermann, who was summoned Monday morning when he was connecting at Atlanta’s airport on a flight from Norfolk to Memphis. “It was right before the lineup [card] exchange. I had Akin sprint down and get ready as fast as possible.”

Hyde said he doesn’t know how the rotation will be affected and when Lyles, who had flu-like symptoms, will be ready to pitch again. He had only Félix Bautista, Cionel Pérez and Dillon Tate available to pitch out of the bullpen. Hyde didn’t want to use Vespi, who pitched Saturday and Sunday, but he did when Akin got to 42 pitches.

“That’s kind of the way it goes. We were short and it didn’t turn out well,” Hyde said.

“We were pitching so well,” Hyde said. “It was tough, the second game. We just didn’t have many guys available. Zimmermann was the only guy who could give us any sort of length, and once we got behind, then I don’t want to use Pérez, Bautista and Tate. We’ve got two more games before an offday. Give Zimm a lot of credit for staying out there and throwing almost 100 pitches and saving those three guys for us.”

Bichette hit a three-run home run off Vespi in the third and solo shots in the sixth and seventh against Zimmermann, who was activated for the second game. Bichette has 21 home runs this season.

Akin struck out Bichette in the first inning and he flied to center in the ninth against Zimmermann, whose recent performances at Norfolk had been strong.

“I thought I was throwing as well as I have all year,” Zimmermann said. “The opportunity was there for me to take advantage of it. A couple of pitches got away from me, but other than that, I did all right with the weather and battling. Obviously, would have liked to do a little better with those two pitches. Overall, I did what I could do.”

“First and foremost, is go out there and give the team a chance to win,” Zimmermann said. “Part of that is eating up the innings because of how many guys we had to use in the first game.”

The Orioles loaded the bases in the seventh with one out, and scored two runs, one on catcher’s interference with Cedric Mullins batting, and the other on a forceout by Adley Rutschman.

Rutschman hit his 10th home run with two outs in the ninth and had five hits in the two games.

“It was a tough day,” Hyde said. “We’ve still got two games left with these guys. They’re good and we’re going to come back out and play tomorrow.”

Notes: Kyle Bradish (3-5, 5.17) will face Mitch White (1-5, 4.67) on Tuesday night. … Hyde said it was possible that right-handed reliever Jake Reed, who was claimed off waivers from the Dodgers, could be activated for Tuesday night’s game. … Baumann, who started the first game as the 29th man, was returned to Norfolk.