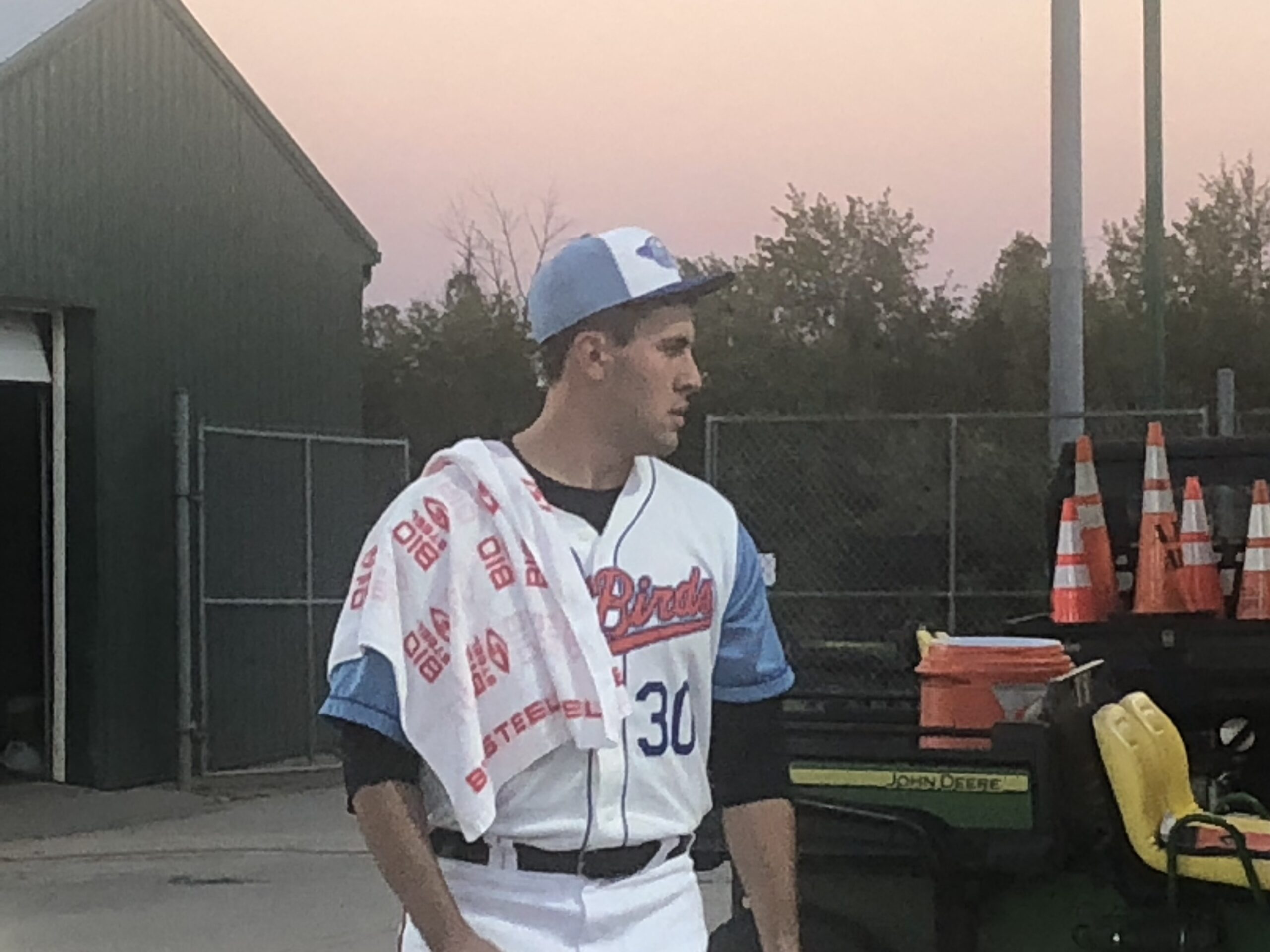 Orioles pitching prospect Grayson Rodriguez hopes he can be part of the team’s potential run to the playoffs.

However, time is running short.

“You know, I guess it’s not my decision,” Rodriguez said. “That’s my goal, definitely. But it’s ultimately up to the Orioles and what they decide to do.”

Rodriguez is working his way back from a Grade 2 lat strain and made his rehab appearance last Thursday for High-A Aberdeen. Rodriguez allowed one hit, a leadoff flare to right field,  walked two and struck out one in 1 1/3 innings (31 pitches).

He’ll pitch again for Double-A Bowie on Tuesday and then the Orioles will decide the next step.

His fastball reached 98 miles per hour in Aberdeen, which was a good sign. He was also able to mix his pitches with a curveball, off-speed pitches, and a changeup without any physical challenges.

Rodriguez threw 17 of 31 pitches for strikes, but he wasn’t concerned about the results. The key for him was to emerge healthy and take the next step in the rehab process.

“More than happy with the velocity,” Rodriguez said. “Got the adrenaline pumping. It was great to be out there again. … The first couple of times you are on the mound coming back you are working carefully. You know, really trying to feel it out and not injure yourself.

“But we’re way past that point now. … Was able to go 100 percent and everything feels good.”

The performance at Aberdeen was a positive step toward a September call-up. However, the Orioles aren’t going to rush Rodriguez back into action.

The main goal since the injury is to have him ready to pitch for the Orioles out of spring training in 2023.

His performance at Bowie this week will go a long way in deciding his fate this year. He’s looking forward to pitching in a higher competitive environment again.

“I think the stuff was there,” Rodriguez said. “Pitching coaches were letting me know what it looked like analytically and everything was great. Better than I could have asked for. Obviously, next outing we’ll focus more to be in the zone. You can throw all the bullpens you want but coming out here under the lights, gets the blood pumping. Lots of fun.”

Orioles general manager Mike Elias was coy about the plan for Rodriguez, other than he would be throwing in a minor league setting.

“As with any rehab assignment, we’ll start him in the lower minors and then we’ll get him back, hopefully, to the level in which he got injured, and we’ll take it from there,” Elias said on August 26th in Houston.

While Rodriguez understands the process, he too has caught pennant fever and has been following the Orioles’ success. If healthy, he could be a huge addition to the club even if he just pitches out of the bullpen.

Young homers: Infielder Carter Young went 2-for-4 with his first career homer in Single-A Delmarva’s 11-9 loss to the Fredericksburg Nationals on Thursday.  Young was selected by the Orioles in the 17th round in the 2022 draft and signed for $1.3 million in August.

Baumann shines: Mike Baumann struck out 13 and walked none in six innings for Triple-A Norfolk in a 4-1 win over Lehigh Valley on August 31st. Baumann was 2-6 with a 4.20 ERA in 20 appearances (nine starts) for the Tides before earning a promotion to Baltimore to pitch in a doubleheader Monday against Toronto. Baumann went 1-2 with a 4.50 ERA in seven games with the Orioles this season.

Povich produces: Cade Povich, who was acquired as part of the trade with the Twins for closer Jorge López, has gone 2-0 with a 4.50 ERA in three starts for Double-A Bowie. He has struck out 19 and walked five. … Outfielder Hudson Haskin, the Orioles’ 24th-ranked prospect, is batting .270 with 14 home runs and 52 RBIs in 99 games with the Baysox.