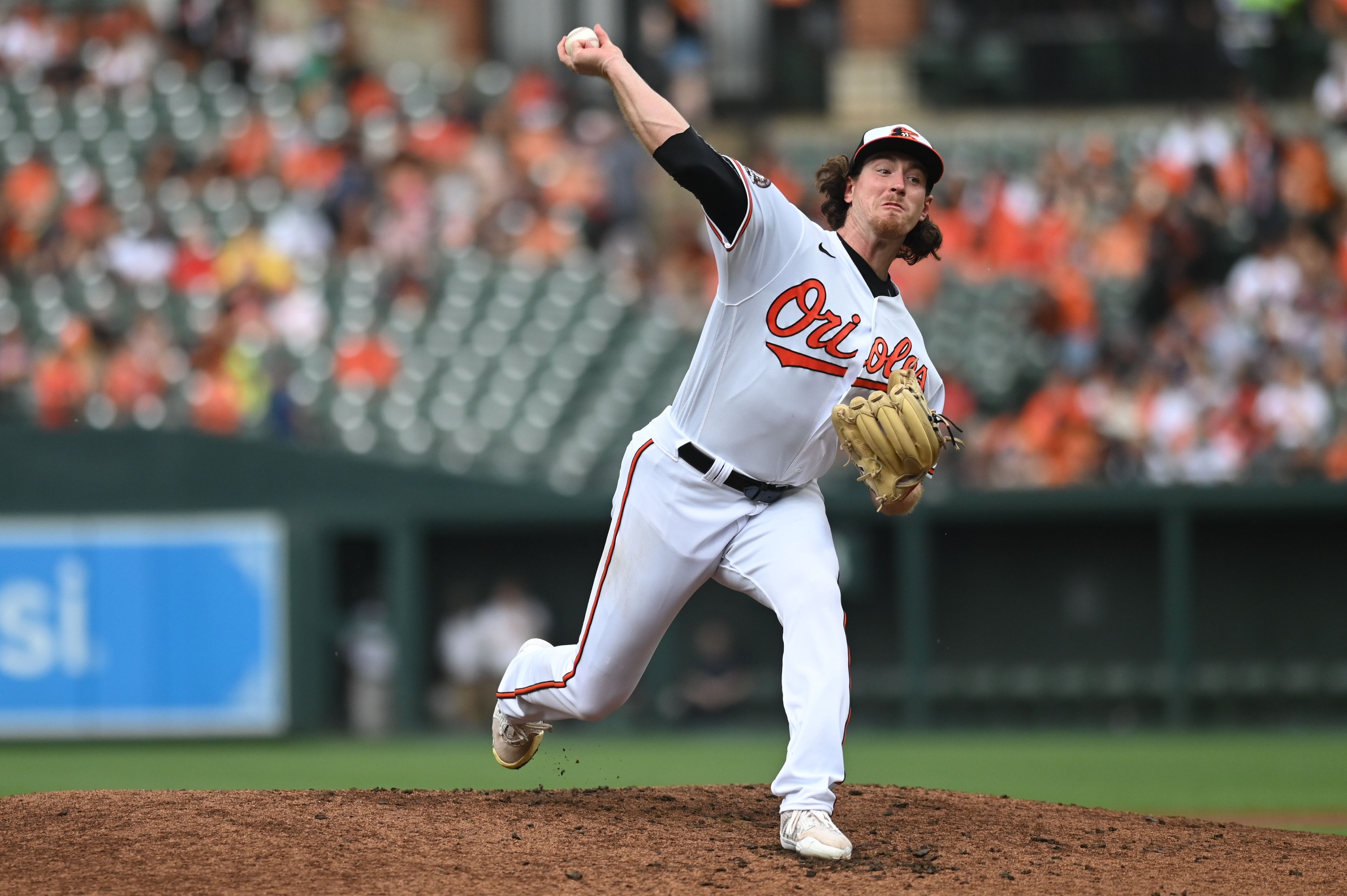 BALTIMORE—The Orioles were planning to start Jordan Lyles in the first game of Monday’s key doubleheader against the Toronto Blue Jays. Lyles didn’t feel well when he woke up and Orioles manager Brandon Hyde turned to his scheduled Game 2 starter, Mike Baumann, who was added from Triple-A Norfolk as the 29th man for the doubleheader. Hyde said he hoped Lyles could start Game 2.

Instead, he had to turn to Keegan Akin when Lyles tried to warm up for Game 2 but was too sick to go. The Orioles are hoping Akin, who has pitched out of the bullpen all season, comes up big after losing Game 1, 7-3, at Camden Yards to drop 3 ½ games behind Toronto (74-59) for the third and final wild-card spot.

Baumann allowed three runs in five innings, giving the Orioles a chance to cut into their deficit.

“Good crowd, it was good energy in the park, one-run game the majority of the game,” Hyde said. “It got away from us there in the ninth.”

Baumann (1-3) had never started a major league game and in his first inning shortstop Jorge Mateo helped him out by robbing leadoff batter George Springer of a hit by diving for the ball and throwing a two-bouncer to first as he was falling down to get the out at first.

“That’s probably the biggest game I’ve pitched in to this date,” Baumann said. “We’re in a playoff race right now. It’s fun to go out there and play in this atmosphere and try and win some games.”

After a scoreless first, Anthony Santander hit his 26th home run against former Oriole Kevin Gausman (11-9) starting in Baltimore for the first time since the was traded by the Orioles to Atlanta on July 31st, 2018.

Santander’s home run landed on Eutaw Street, his eighth home run there, and the Orioles (71-63) had a 1-0 lead.

A single by Cavan Biggio drove home Matt Chapman to tie the game, 1-1, in the second.

Toronto took a 2-1 lead in the third when Springer scored from third when Alejandro Kirk hit into a forceout. However, it could have been a double play but Gunnar Henderson, playing his third game at second, had trouble with the exchange, enabling Springer to score.

In the fifth, the Blue Jays took a 3-1 lead when Springer and Vladimir Guerrero Jr. began the inning with singles. Springer scored from third when Henderson bobbled a grounder by Bo Bichette and had to throw to first instead of turning a double play, allowing Springer to score.

“He hasn’t had a ton of time over there,” Hyde said. “There were just a couple of plays he may have been a little too quick on. Those things happen, and we’ll just move on from it.”

Baumann will return to Norfolk having started a major league game.

“Facing guys multiple times, flipping the order a couple of times and getting a different mix [of pitches] in,” Baumann said.

Gausman retired seven straight after Santander’s home run. Adley Rutschman hit a bloop single against a four-man outfield to begin the fourth. Gausman was called for a balk by second base umpire Jeff Nelson, enraging the former Oriole.. He ended the inning striking out Santander, Ryan Mountcastle and Ramón Urías.

Rutschman started the sixth with a single, and he scored on a double by Mountcastle, who went 1-for-4 on a day that his replica jerseys were handed out.

However, the fifth was a microcosm of the Orioles’ inability to hit with runners in scoring; they were 0-for-8. Henderson started the fifth with an infield single and Jesús Aguilar got his first hit as an Oriole — a solid single to center. But Austin Hays popped out, Mateo hit a shallow fly to right and Mullins grounded out.

“Baumann did a nice job, giving us five innings against a good club,” Hyde said. “I thought he threw a bunch of strikes. His fastball was on the plate. He had a nice fastball, had a tough time putting guys away. He gave us five good innings, kept us in the game.”

Bryan Baker struck out Bichette to end the seventh with Lourdes Gurriel on third and Guerrero on second with two outs. Gurriel doubled against Joey Krehbiel and moved to third on an infield out by Santiago Espinal. With two outs, Guerrero was walked intentionally and stole second.

Baker allowed Teoscar Hernández’s 20th home run with one out in the eighth to give the Blue Jays a 4-2 lead.

“It was weird to hear the ‘O’ chant and realize they’re cheering against me now,” Gausman said. “That was kind of weird, but it was really cool just warming up and the Baltimore faithful here kind of letting me hear it, good and bad. It was cool. It’s a special place for me. I’ve always loved pitching here. Pretty quickly, I realized it’s still a small ballpark.”

It was also Gausman’s first time pitching with the deeper left-field dimensions.

“They never really hit a ball to left that I even really noticed,” Gausman said. “When [Chapman] hit that ball in the second inning, I thought it was a home run. Those are things that used to be 10 rows deep and it hits off the wall now. It’s obviously weird dimensions and kind of funky out there, but that’s what they felt like they needed to do.”

Santander homered against Tim Mayza with one out in the eighth. It was the second time this season the switch-hitter hit homers from both sides in the same game.

DL Hall allowed the first five Toronto hitters to reach in the ninth on four singles and a walk. Three scored and the Blue Jays led 7-3. The score could have been worse if Mateo hadn’t started a 6-2-3 double play.

“Obviously, there were some struggles there, but we believe in the kid,” Hyde said. “He’s got great stuff, so he’ll be OK.”

Busy day of roster moves: Besides Baumann’s addition as the 29th man, the Orioles recalled right-hander Beau Sulser from Norfolk. Right-hander Rico Garcia, who retired all four batters he faced on Sunday, was optioned to the Tides after Sunday’s game. After the first game, Sulser was returned to Norfolk. He recorded two outs in the ninth. Left-hander Bruce Zimmermann was recalled from Norfolk. …The Orioles claimed right-hander Jake Reed off waivers from the Los Angeles Dodgers. Reed was 1-0 with a 7.36 ERA and a save in 10 games with the Dodgers and New York Mets this season. To make room on the 40-man roster for Reed, infielder Jonathan Araúz, who was with Norfolk, was placed on the restricted list. Arauz is away from the team. Right-handed pitcher Phoenix Sanders cleared outright waivers and has been assigned to Norfolk.