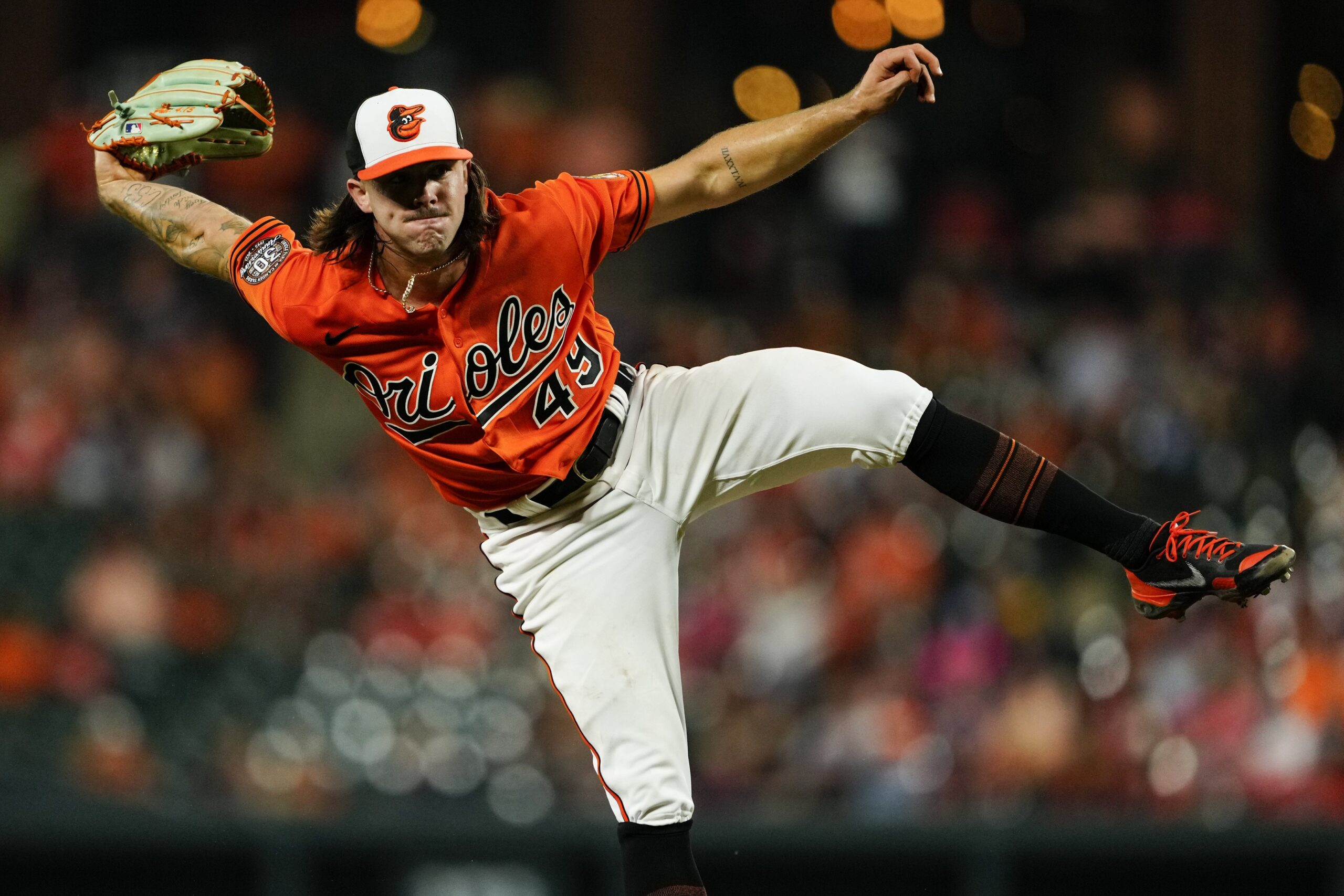 BALTIMORE—The Orioles hit five home runs, got a defensive highlight from centerfielder Cedric Mullins and an exciting relief appearance from DL Hall in an 8-1 rout of the Oakland Athletics before an announced crowd of 30,853 at Camden Yards on Saturday night.

Despite the four-game streak, they’re still 1 ½ games behind the Toronto Blue Jays for the third and final wild-card spot. Tampa Bay, which trails the floundering New York Yankees by four games, Seattle and Toronto each won.

“We just have to control what we can control and win as many games as we can,” manager Brandon Hyde said. “If we don’t win, nothing good’s going to happen. We have to continue to play our game and win every night.”

The Orioles play the Blue Jays in a four-game series at Camden Yards, beginning with a Monday doubleheader.

Mountcastle hit home runs in the first and third. He has 21 this season after hitting 33 in his rookie season. Mountcastle has six multi-home run games, three this season.

“I’ve been putting good swings on it, finally, and not missing the one pitch I get to hit,” Mountcastle said. “Hopefully, I can keep it going and it seems like a lot of guys on the team are starting to swing well, too.

“It seems like for the past month, maybe two months, every games has been very important and for me to start picking it up now is very big for me and the team.”

Mullins hit his 13th and Santander hit his 25th in the fourth. Rutschman hit his ninth in the eighth inning.

Jorge Mateo singled and stole his 29th base in the sixth, advanced to third on a wild throw by catcher Seth Murphy and scored on a single by Rutschman to give the Orioles a 7-1 lead.

The only downer was starting pitcher Austin Voth, who was pulled after just 3 1/3 innings. Voth allowed three singles to load the bases to begin the fourth and Keegan Akin replaced him with one out and got Chad Pinder to hit into a double play that was nicely turned by Mateo and second baseman Rougned Odor.

“It just wasn’t Voth’s night,” Hyde said. “Something was a little bit off tonight. He’s been so great for us and due for a little bit of a hiccup. Only giving up one run there was enormous.” Voth allowed one run on six hits, striking out four.

Tony Kemp and Vimael Machin began the game with singles. Kemp scored on a sacrifice fly to right by Murphy.

Akin (3-1) pitched two perfect innings. Joey Krehbiel recorded three outs but left with two runners on and one out in the seventh.

With Cionel Pérez on the mound and two outs, Jonah Bride hit a sinking liner to center. Mullins got an outstanding break on the ball and made a diving catch at full speed to save two runs.

The next highlight was DL Hall pitching at Oriole Park for the first time and throwing a perfect eighth. He struck out two and pounded his glove in excitement after striking out Shea Langeliers for the final out.

“I just treated it like what I’ve been doing the past two weeks, just getting comfortable with coming out of the ‘pen,” Hall said. “Didn’t think any further than that, tried to keep it simple, tell myself: ‘I’ve been here before. I’ve done it before.’”

Hall started on August 13th at Tampa Bay, allowed five runs in 3 2/3 innings and was sent back to Norfolk to work on pitching in relief.

“It’s always exciting, especially in September,” Hall said. “It’s good to have a little lighter load, be able to go out and get after it. I feel like I’ve been sitting on Tampa for three weeks and just itching to get back out there and show what I can do.”

Hall was the Orioles’ top draft pick in 2017, and it has taken more than five years for him to finally pitch at home. Now, it’s during a playoff push.

“It’s unreal. It’s something I dreamt of since I was a kid, and especially being here at Camden Yards and feeling that crowd’s energy tonight is unbelievable,” Hall said. “Ever since I signed here, that’s what I’ve been itching to do.

“You start out in Low-A and the big leagues feels like it’s forever away and sometimes it feels like it’s impossible. Anything’s possible as long as I have the big man above with me. It was awesome and something I’ll never forget.”

Notes: Gunnar Henderson singled in the first inning. The 21-year-old has hit in his first four major league games. He also hit a very long and very high foul ball that prompted Hyde to ask for a crew chief review. The call stood.  … According to the Elias Sports Bureau, Henderson, Rutschman and Kyle Stowers became the first top three draft picks in a single year (2019) to start in a game for the Orioles in franchise history. … Spenser Watkins (4-5, 4.26) will face Adrián Martínez (3-3, 5.28) on Sunday at 1:35 p.m.