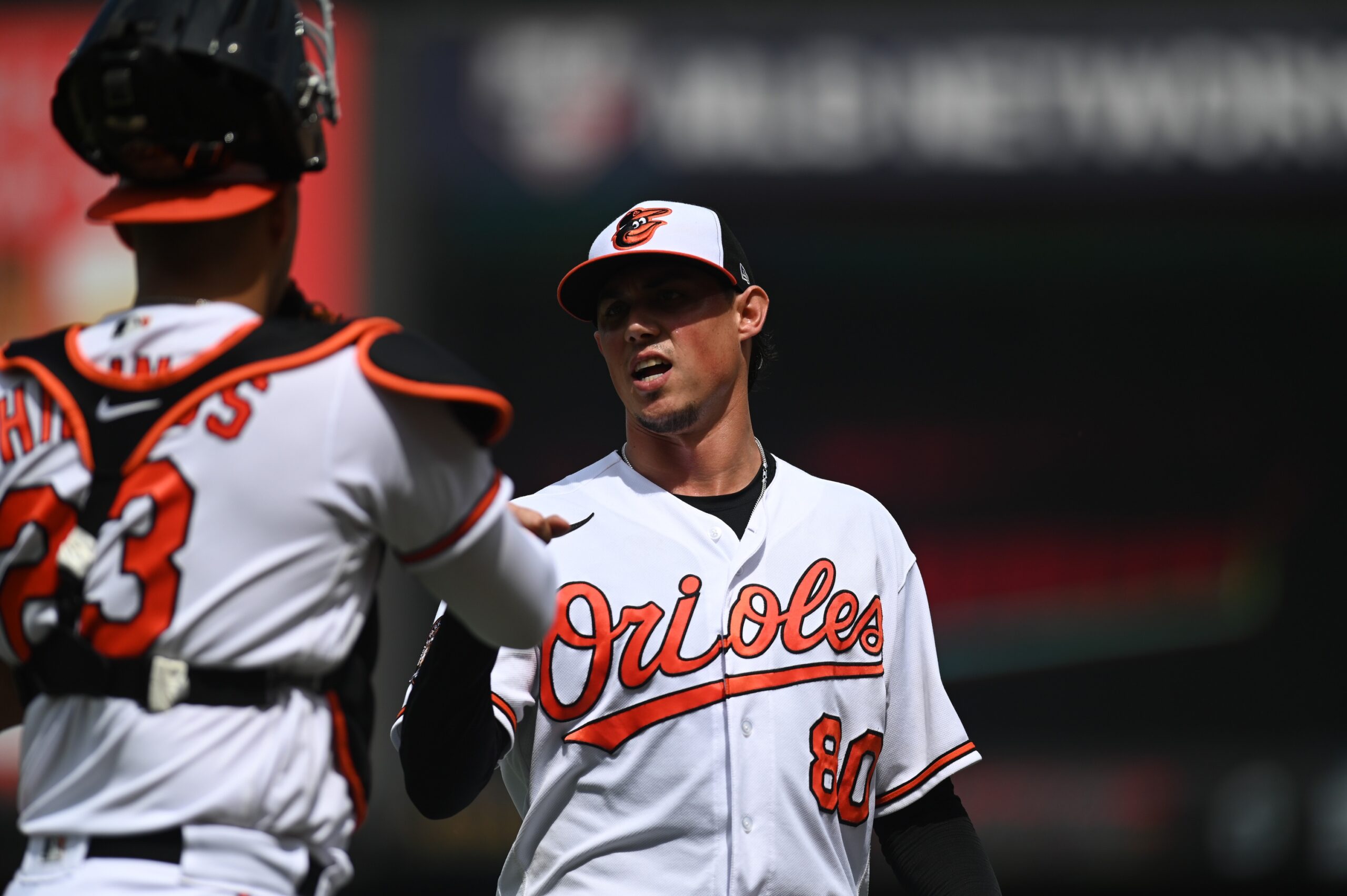 BALTIMORE—The Orioles picked a bad day to fall flat. After second baseman Gunnar Henderson made two strong defensive plays against the Oakland Athletics in the top of the first, Adley Rutschman and Anthony Santander delivered back-to-back hits in the bottom of the frame to put runners on second and third with one out. Ryan Mountcastle then grounded sharply to short and Rutschman, running on contact, was thrown out at the plate. The game went downhill from there.

With the Toronto Blue Jays coming to Camden Yards for a vital four-game series, beginning with a Labor Day doubleheader, the Orioles fell 2 1/2 games behind the Blue Jays for the third and final wild-card position. The Blue Jays swept Pittsburgh and the Orioles were hoping to sweep the A’s to keep pace but instead managed just six hits against the A’s, losing 5-0 before an announced crowd of 19,883 at Oriole Park on Sunday.

“We’re playing a division team that’s ahead of us in the wild-card,” manager Brandon Hyde said about Monday’s doubleheader. “It’s a big series in terms of standings. A lot of our guys have never been in this position in September. It’s going to be a lot of fun.”

The Orioles (71-62) were shut out for the eighth time, the first since July 24th, and though they won their fifth straight series, were unable to sweep the Athletics (50-85).

“We’ve had this opportunity now lately and can’t seem to quite finish. Got to bounce back,” Hyde said.  Big day tomorrow.”

“I don’t think anything changes,” Watkins said. “One game doesn’t’ define a team. I think we’ve been proving that this entire year. Everyone wants to sit on us once we lose a game. I don’t think anybody in here is worried. The morale is good, and yet we played a bad game.

“Going into [the] Toronto [series], everybody’s still hungry. We see that wild-card spot and we’re going to fight. Everybody in here has their eyes in the right direction.”

After the Orioles wasted their scoring opportunity in the first, Oakland scored a run in the third on consecutive singles by Seth Brown, Cody Thomas and Sheldon Neuse. A two-run single by Shea Langeliers in the third padded the lead to 3-0.

Seth Brown led off the sixth with his 18th home run against Watkins.

The Orioles’ best chance to score against Oakland starter Adrián Martínez (4-3) came in the first.

“We just couldn’t get it going,” Hyde said. “Something going in the first and couldn’t capitalize on a second-and-third situation. Not much after that.”

A leadoff single by Ramón Urias in the second was the Orioles’ only other hit off Martínez, who worked a career-high six innings, allowing three hits.

“I felt like we couldn’t get anything going on offense,” centerfielder Cedric Mullins said. Mullins had an eighth-inning double.

Mullins can now look ahead to the biggest series of his five seasons with the Orioles. “I know these guys are locked in,” he said. “Coming in with the intent of going for the sweep, for sure.”

Watkins gave up four runs on nine hits in seven-plus innings. He didn’t strike out a batter and walked one. He won’t pitch against the Blue Jays, but he’s excited about the series.

“It’s massive,” he said. “Anybody who looks at the standings and sees where we’re at, and where the Blue Jays are … It’s a big, defining series late in the season. We’re hungry. We’re ready to go after it.”

Brown homered against Nick Vespi in the eighth, his second of the game, 19th of the season and third home run to land on Eutaw Street in 2022.

“We have to let it go right away, get some rest, come back for a long day tomorrow,” Hyde said. “I’m disappointed with today’s outcome. We’ve got three big days in a row.

Notes: Henderson was hitless for the first time in his fifth major league game. .. Shortstop Jorge Mateo stole his 30th base in the fifth inning. …Former Oriole Kevin Gausman (10-9, 3.14) will start for Toronto in the first game of Monday’s doubleheader. It will be Gausman’s first start in Baltimore since he was traded in July 2018. José Berrios (9-5, 5.32) will pitch the second game. Jordan Lyles and Mike Baumann are scheduled to pitch for the Orioles. Kyle Bradiah (3-5, 5.17) and Mitch White (1-5, 4.67) will pitch on Tuesday night, and Dean Kremer (6-4, 3.22) and Alek Manoah (13-7, 2.48) are the scheduled starters. on Wednesday.

Chance for Baumann: Baumann will make his first major league start in one of the games of Monday. Baumann, who began the season with the Orioles, is 1-2 with a 4.50 ERA in seven games. At Triple-A Norfolk, Baumann is 2-6 with a 4.20 ERA and one save.

On Wednesday, Baumann pitched six scoreless innings, allowing a run on four hits, striking out 13 without walking a batter for Norfolk against Lehigh Valley.

“It’s a good feeling, coming up here and seeing the guys. It’s always awesome, and we’re playing well,” Baumann said. The energy in the clubhouse is great, and being able to part of it for the next couple of days is awesome.”

Baumann said his season has had “ups-and-downs. There’ve been some growing pains, trying to end the season strong and help wherever I can.”

Wells’ next step: Tyler Wells was happy with how his 2 1/3 inning rehab outing went on Friday night for High-A Aberdeen. Wells is on the 15-day injured list because of lower left side discomfort.

“I felt good. Everything went well. Everything felt good,” Wells said. “I cleaned up a few things that I thought I need to work on, and it showed.”

It’s likely that Wells will return as a reliever.

“I want to do whatever helps the team win,” Wells said. “Right now, the starting rotation has done an absolutely phenomenal job, really proud of those guys. If they ultimately decide to put me in the bullpen, so be it. I’d love to help those guys out. They’ve been doing a hell of a job this year. Whatever they want me to do to help for a wild-card push, I’m all for it.”

Wells spent last season in the bullpen. Until he got hurt in late July, he was in the rotation.

“If you come out of the bullpen, the adrenaline kicks in, you just don’t think,” Wells said.

The minor leagues are off on Monday.