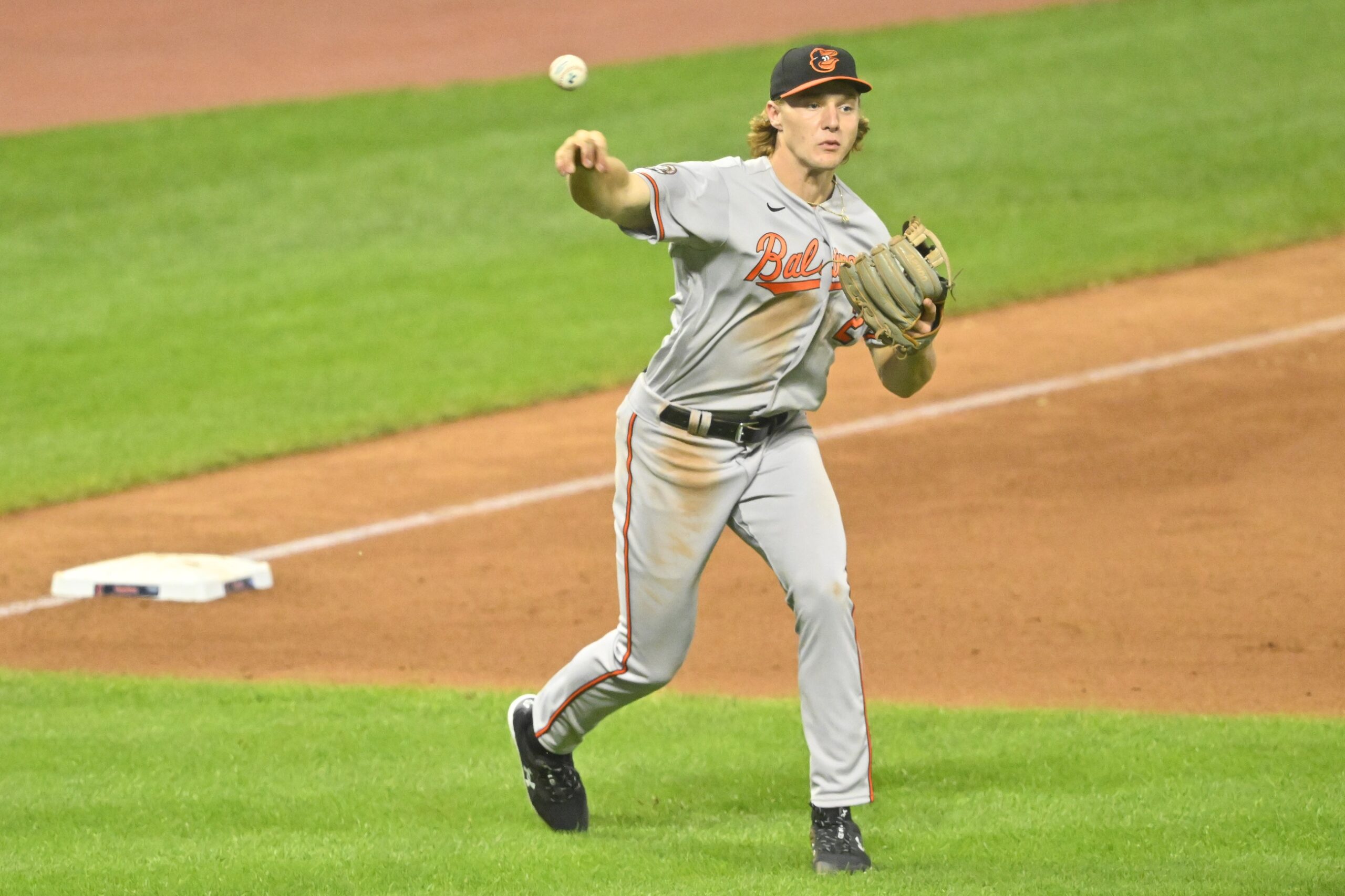 BALTIMORE—For his third major league game, Gunnar Henderson will start at his third position. In his first game on Wednesday, he played third base. On Thursday, he was at shortstop. For Friday’s game against Oakland, manager Brandon Hyde put Henderson at second base.

Hyde says that he planned to start Henderson at third and short for his first two games.

“I wanted him to play third that first night, and I wanted to give [shortstop Jorge Mateo] a day, also. I didn’t know the Oakland rotation until a couple of days ago, and then it fell into place.”

Henderson had never started a game at second until last month at Triple-A Norfolk. Before that, he’d divided his time between third base and shortstop.

Before his recall, Henderson started six games at second base for the Tides and three at first base.

“Being able to do that at Triple-A for a good two weeks helped me out,” Henderson said. “I know it’s a little different in the big leagues.”

Playing shortstop in the shift has helped him get used to being on the right side of the infield, he said.

Lefthander JP Sears started for the Athletics, the first left-handed starter to face the Orioles since August 15th, and it will be the left-handed Henderson’s first start against a lefty.

“I think it’s just going to be a day-to-day thing,” Hyde said. “I’m going to try to win every game we can the rest of the way, and I’m going to be matching up the best way I can.”

With the roster expansion to 28, Hyde has five bench players, and he likes the talent on his bench.

“We have a lot of options right now,” Hyde said “We’ve never had this many guys on the bench that I would want to play. That’s what good teams have, they have depth, and it’s nice to have a depth. It’s nice to have really good players on your bench, being able to put them in in the biggest spot of the game.”

Notes: Right-hander Denyi Reyes, who was designated for assignment on Wednesday when Henderson’s contract was purchased from Triple-A Norfolk, cleared waivers and was assigned outright to Norfolk. … Hyde said that he hasn’t decided on the starters for Monday’s doubleheader against the Toronto Blue Jays. Jordan Lyles is lined up to start one game, and the other starter could come from the current roster or from Norfolk. The Orioles get to add a 29th player for the doubleheader.