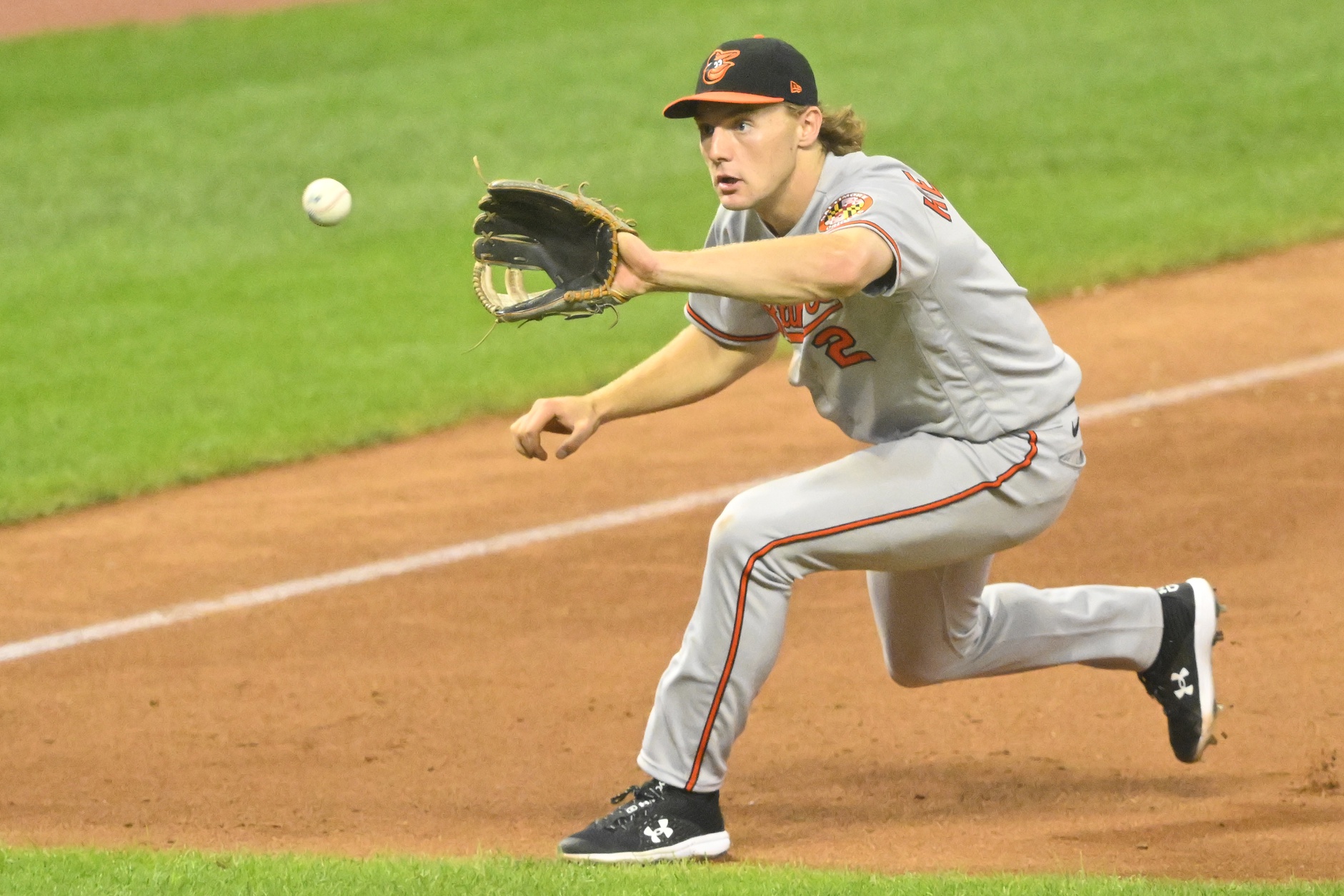 CLEVELAND—After Thursday night’s game against the Cleveland Guardians, the Orioles will have 32 games remaining, and 20 of them are at home.

The Orioles have three games against Oakland, four against Toronto and three against Boston beginning on Friday night.

Henderson moves to short: After his exciting debut at third base on Wednesday night, Gunnar Henderson will start at shortstop in second major league game. The 21-year-old hit a home run in his second at-bat and singled in his fourth. He also played flawlessly at third.

“We’ve got a long stretch ahead of us, and just wanted to give Jorgie a day today,” Hyde said.

The Orioles don’t have a player with an average higher than Cedric Mullins’ .264, and perhaps Henderson can provide a spark.

“I just want Gunnar to fit in,” Hyde said. “I think Gunnar has the ability to get on base for us, add a little bit of pop, be able to play all three infield spots. He’s also 21 years old and really, really young.

“It’s not an easy thing we’re asking him to do. I just don’t want him to do too much. I want him to just try to hit line drives in the middle of the field, take as good at-bats as he possibly can and make the routine play defensively.”

Martin designated for assignment: The Orioles recalled left-hander DL Hall and purchased the contract of first baseman/designated hitter Jesús Aguilar from Triple-A Norfolk as the rosters expand from 26 to 28. To make room for Aguilar, the Orioles designated Richie Martin for assignment.

Martin, whom the Orioles took with the top selection in the December 2018 Rule 5 draft, hit .212 in 170 games over three years for the Orioles. This season, Martin hit .167 with three RBIs in 13 games with Baltimore.

The numbers game: Aguilar, who’s making his Orioles’ debut as the designated hitter, will wear No. 99. He’s the first Oriole to wear a number in the 90’s.

Aguilar wore 99 this season with the Miami Marlins, and said he had a choice whether to wear 34 or 99. His 7-year-old son wanted him to pick 99 because he likes to watch highlights of Yankee slugger Aaron Judge, who also wears 99.

Notes: Tyler Wells, who’s on the 15-day injured list because of  left lower side discomfort, will begin a rehab assignment at High-A Aberdeen on Friday night. … Dean Kremer (6-4, 3.24) will face JP Sears (5-1, 2.28) on Friday night when the Orioles return home to play the Oakland Athletics. Austin Voth (4-2, 4.48) and Spenser Watkins (4-5, 4.28) are scheduled to pitch on Saturday and Sunday. Oakland hasn’t settled on its pitchers.