Orioles' Ryan McKenna: 'You can't keep the Ferrari in the garage' - BaltimoreBaseball.com 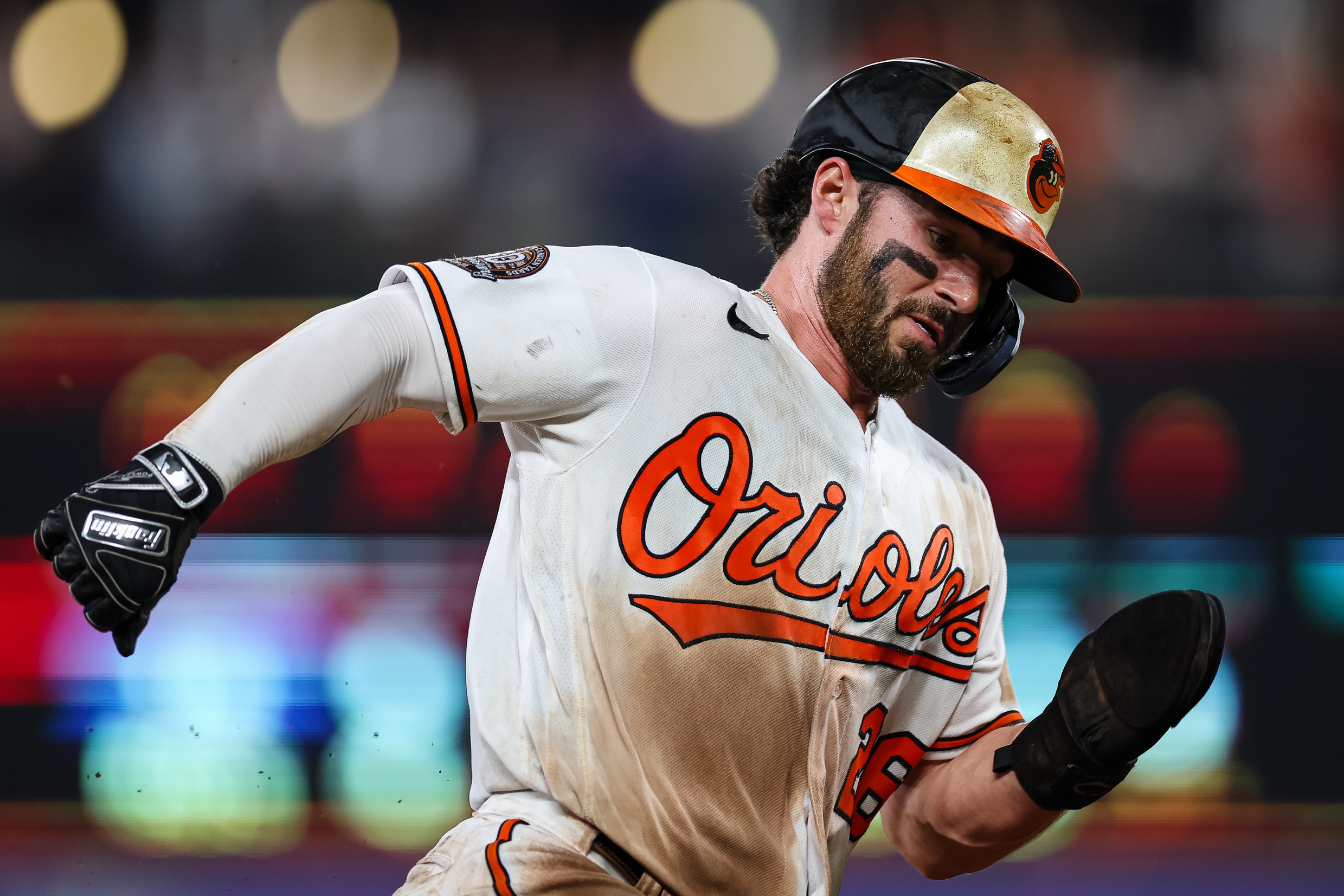 Last season was a frustrating one for Ryan McKenna. Instead of playing the outfield regularly for Triple-A Norfolk, he was often an extra outfielder in his seven stints for the Orioles.

The 25-year-old has a positive personality, but not playing wasn’t easy for him, and he once complained to Orioles starter John Means: “You can’t keep the Ferrari in the garage. You’ve got to take it out and run it.”

Means found that funny and told bench coach Fredi González, who loved the quip, and when manager Brandon Hyde needed McKenna as a pinch-runner, González implored him: “Hey, Mac get the Ferrari out of the garage, let’s go, we’ve got to blow this one out.”

It caught on, and after one hit, McKenna pantomimed a gear shift to González and, before long, the team was wearing T-shirts in honor of McKenna.

This year, it’s been a different story for McKenna. Except for a 12-day stint at Norfolk after the rosters were reduced from 28 to 26 in early May, he’s been with the Orioles all season.

In 2021, mostly because of injuries to Austin Hays and Anthony Santander, McKenna played in 90 games, but hit only .183 with two home runs and 14 RBIs. This season, he’s appeared in 84, but has hit better with a .252 average with two homers and 11 RBIs.

In 2022, none of the outfielders has required time on the 10-day injured list, but McKenna has been an occasional pinch-runner, defensive replacement or starter when Hays, Santander or Cedric Mullins need a rest.

“I try to work my butt off to be prepared for any situation that could come up, be a positive influence on the bench and then when I get in the game, execute. That’s all you can ask for in the position that I’m in.”

McKenna played in the minor leagues with Hays, Mullins and Santander.

“The man is just being himself, brings energy,” Mullins said. “He’s just staying with the game a lot better. That’s why he’s having more success when he gets his opportunities. It’s great to see.”

When Hays came into professional ball in 2016, he and McKenna, a fourth-round pick of the Orioles the year before, were teammates at Aberdeen, which was then a short-season league.

“He provides a ton of energy for the bench,” Hays said. “He’s our fourth outfielder, but if there’s a day where somebody needs a day off or somebody’s banged up or goes on the IL, he comes in, and you’re not really losing a whole lot.

“He has the ability to steal a base, hit a double, hit a homer, play great defense. He throws the ball really well. When he’s filling in for someone, you’re not losing a whole lot, He fills right in, and you wouldn’t know it’s not an everyday player out there.”

McKenna would like to be an everyday player, but last year had to live with the uncertainty of being an extra player.

“I watched a lot of video and try to dissect stuff that maybe I was thinking in the moment. That didn’t help me versus what I could have been doing to help execute in the future. There was a lot of analyzation. It wasn’t easy going up and down, but you’ve got to work through it and mentally get tougher and get better physically, too.”

McKenna has started only 35 games this year and has spent a lot of time on the bench with infielder Tyler Nevin.

“He keeps it light,” Nevin said. “Keeping everybody going, a little chirping here and there throughout the game, too. It’s good to keep it light. It’s a very serious game, but it’s also good to play loose, to play relaxed, and he brings that to the table.”

Staying with the team for nearly the entire season has helped his confidence.

“I think experience helps,” McKenna said. “I think there were some things I was doing incorrectly mechanically last year. Unfortunately, it took me a while to dial in, and this year just applying that stuff that I learned and taking a really good winter to work hard and coming in with a really good headspace.

“I knew that we were trying to win from the first day of spring training. Once you have that in the forefront and as a main goal, no matter if we’re down six or seven or up five, we’re trying to win, whether it’s making a defensive play, backing up, getting on base to start the inning, just having that in the forefront of your mind in everything you do. That sets up your day for success, whether it’s hitting in the cage, focus on a main goal to execute in the game to help everybody win.”

“When you’re a young player and you just get to the big leagues, it’s so overwhelming in a lot of ways, it’s hard to find a rhythm and it’s still hard. He’s only in his second year. For what he’s doing offensively and defensively and on the bases for us is enormous, and I’m looking to put him in the game. The games he doesn’t start, I look to put him in the game because I feel like he can impact and help him win us a game somehow.”

Hays has seen good teammates and bad ones, and he knows that McKenna is one of the better ones.

“I’ve seen a lot of guys when they’re not in a starting role, cancerous towards the team, have a bad attitude towards things, but that’s not him at all,” Hays said. “He’s happy to be a part of the team and help out any way he can. He does anything he can to be ready in whatever spot he can be used.

“His personality is very positive. You wouldn’t know that he wasn’t starting every day. He’s cheering on everyone on the bench. He’s having a great time playing pool, playing ping-pong. He’s not sitting at his locker, sad or unhappy or pouting because he’s not playing every day. He’s coming in with great energy, and he’s bringing that to the games and into the dugout. When we’re on offense, he’s always cheering everybody on. He’s got a very positive, vibrant personality, and that’s great to have on the team.”

Partially because he comes in as a defensive replacement when the Orioles are ahead, the team has a 53-31 record when McKenna plays and 21-14 when he starts.

“I know that I can be a very talented player in this league, in this division,” McKenna said. “My confidence never really wavers. I know with the God-given ability, just letting that go and work hard in everything that I can and, hopefully, that comes out. I know it will when that opportunity comes.”

As for the Ferrari moniker, McKenna embraces it.

“It’s cool. I like running fast and scoring runs, doing everything I can,” he said.

“I’m going to Europe this winter. Maybe I’ll be able to link up with them and start something,” he said, laughing.