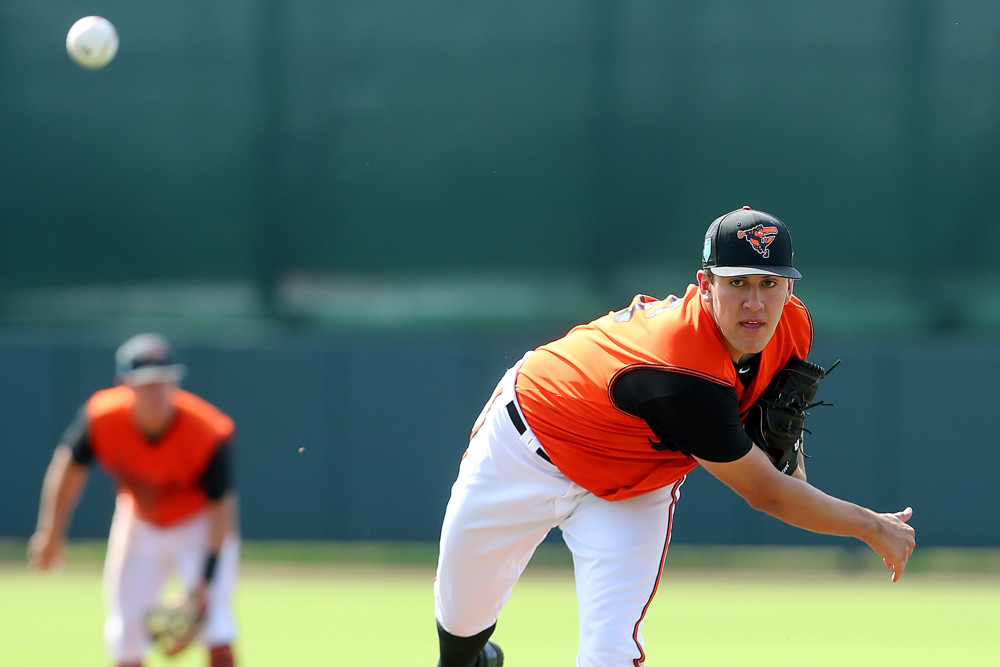 The Orioles’ top pitching prospect, Grayson Rodriguez, who hasn’t pitched since June 1st because of a lat strain, will make his first rehab appearance for High-A Aberdeen on Thursday against the Hickory Crawdads at 7:05 p.m.

Rodriguez, who’s the consensus top-ranked pitching prospect in minor league baseball was 5-1 with a 2.09 earned-run average in 11 starts for Triple-A Norfolk. In 56 innings, Rodriguez struck out 80 batters, walked 14 and allowed just one home run.

Cowser, Ortiz, Hernaiz, Fabian promoted: The Orioles promoted outfielder Colton Cowser, their top draft pick in 2021, and infielder Joey Ortiz from Double-A Bowie to Norfolk. Infielder Darell Hernaiz is moving from Aberdeen to Bowie, and outfielder Jud Fabian is moving from Single-A Delmarva to the IronBirds.

Fabian was the 67th overall pick in last month’s draft and moves up after playing four games in Florida Complex League and 10 games with the Shorebirds. He hit .386 with three home runs and nine RBIs for Delmarva.

Note: Norfolk announced its 2023 schedule. The Tides will play 150 games beginning on April 4th and concluding on September 24th.