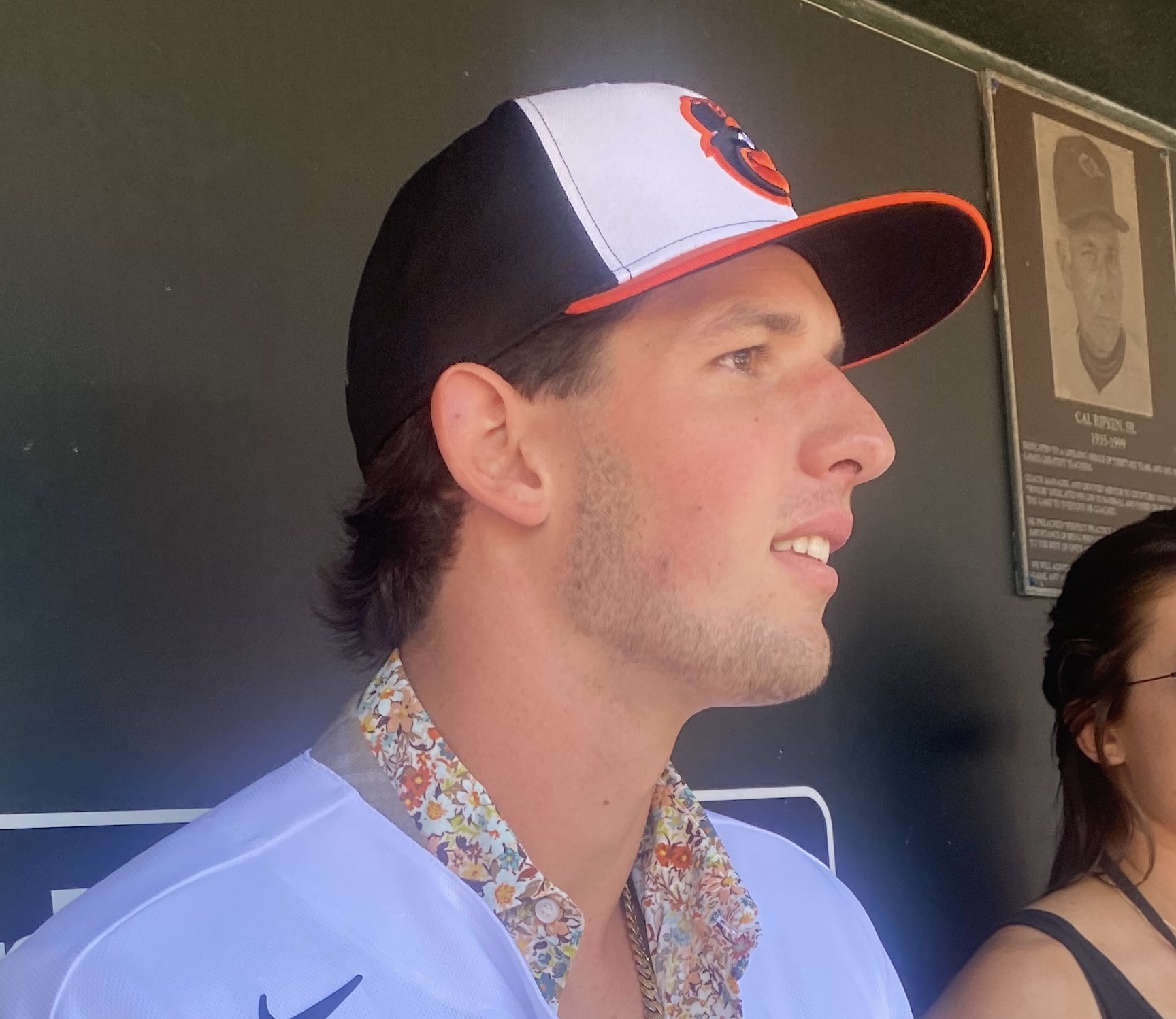 Dylan Beavers didn’t waste time making an impact at Single-A Delmarva. The 21-year-old outfielder had a game-winning, two-out RBI single in the Shorebirds’ 8-7 victory over the Lynchburg Hillcats in 11 innings on Tuesday night.

“It was exciting,” Beavers said. “It was fun to get the win, The team is awesome. Everyone was super pumped up. There are a lot of good guys on the team and in the locker room. Everywhere I’ve been with the Orioles so far has been super good guys.”

The Orioles selected Beavers with the No. 33 overall pick in last month’s draft from the University of California, Berkeley. It was a surprise for Beavers to be selected by the Orioles because he didn’t know that he was on their radar.

Even though Beavers expected to be taken around that time, he thought the Orioles would move in a different direction.

“I definitely wasn’t expecting the Orioles to be the team that picked me,”  Beavers said. “It was super exciting to be a part of it, what they’re building.”

The Orioles had their sights on Beavers the entire time.

“I think we are really intrigued by Dylan’s unique power-and-speed combination, and we think there is more power in the tank there, especially when we get him on a pro strength and conditioning program,” Orioles director of draft operations Brad Ciolek said via Zoom call on draft day. “We think we will see the power numbers tick up, and we also think we can help him in terms of his contact rates as well.”

Beavers has played mostly right field and center field for the Shorebirds. The versatility to play multiple positions is key for any young player.

“It’s been a lot of fun spending a lot of time at the field, playing games, improving,” Beavers said. “I developed a lot in the short time I’ve been here. Living in hotels has been the biggest difference. Living on the East Coast is a little different than California.”

At Cal, Beavers played in one of the toughest collegiate baseball conferences in the nation, the Pac-12, which had two picks in the first round — Arizona catcher Daniel Susac and Oregon state left-handed pitcher Cooper Hjerpe.

Beavers was prepared for the rigors of Single-A baseball.

“There are more guys that throw harder,” Beavers said. “They have a little bit more velo. Maybe secondary pitches and their command are a little bit less than I saw in college.”

Beavers wants to finish the year strongly and then plans to work on his overall game this offseason. He’ll put an emphasis on adding more weight to his frame and improving his “first-step speed.”

He is confident the power he showed at the college level will translate to the pro game.

“I’ve been hitting the ball hard,” Beavers said. “I’ve just been hitting it at angles that aren’t creating homers yet, but I know they’ll come in time. I’m not too worried about that.”

Beavers is rooting hard for the Orioles to make the postseason and is excited about the future of the franchise under the direction of executive vice president/general manager Mike Elias.

“It’s super cool, it’s awesome to see that,” Beavers said. “From the time I’ve been growing up, it was some tough times for the Orioles. It’s pretty awesome that by the time I get selected by them they are building up there and they’ll have a really good club for the next couple of years.”

Henderson’s versatility: Triple-A Norfolk infielder Gunnar Henderso has played first base and second base over the past week. That means he has played all four infield positions this season. Henderson could be the next promoted position player from Norfolk and that versatility bodes well for him. … Outfielder Brett Phillips went 1-for-4 and hit his first solo home run for the Tides on Saturday. It was his first home run since he was with Tampa Bay and hit a three-run shot off of Jordan Lyles and the Orioles on July 17th. Phillips has reached base safely in five of his 12 plate appearances (.417 OPS) so far at Norfolk.

Pitching resurgence: Double-A Bowie’s pitching has been the largest factor in their successful second half. From the start of the second half to the start of this current homestand, Bowie pitchers had 3.16 ERA — the best in all of minor league baseball. Since the start of the most previous homestand, however, Bowie has been saddled with a 5.17 ERA, tied for the highest in the Eastern League over the span.

Pinto on the rise: Single-A Aberdeen right-hander Jean Pinto continues to impress. Pinto, who was acquired in December 2020 from the Los Angeles Angels as part of the deal for shortstop José Iglesias, is 4-4 with a 4.03 ERA in 22 appearances (17 starts).