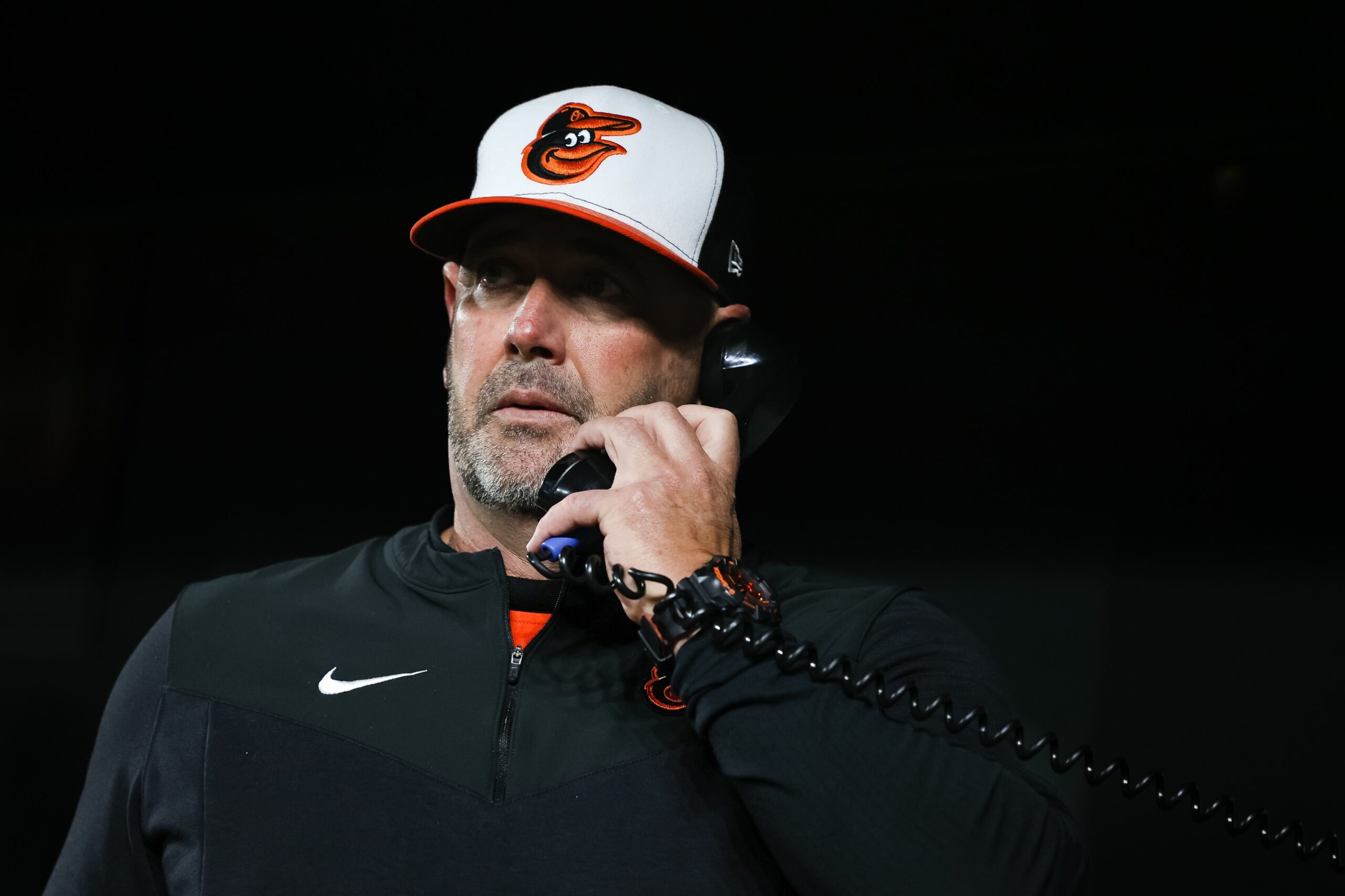 HOUSTON—The Orioles begin their game Saturday against the Houston Astros 2 ½ games out of the third and final wild-card spot. That third spot is occupied by the Seattle Mariners, whose game against Cleveland doesn’t begin until 10:10 p.m. Eastern time.

“I’m watching what’s going on around the league,” manager Brandon Hyde said. “I did fall asleep last night, but the first thing I looked at this morning was the Guardians/Mariners score. End of August, we’re in this thing, I’m interested in what’s happening around the league.”

The Orioles played six games against Seattle, losing two of three at home and at T-Mobile Park, so if the teams end the regular season in a tie, the Mariners have the advantage. The last of those six games was played on June 29th before the season’s midway point.

“There are other teams, also. A lot can happen with 30-something games to go,” Hyde said. “We do need to focus on ourselves and focus on this series with the Guardians coming up. I do check to see what’s going on everywhere else. We’ve got to take care of what we need to take care of or it doesn’t really matter.”

Including Saturday night’s game, the Orioles have 37 games left.

The bulk are against the Astros (6), Boston (7) and Toronto (10). They have three-game series against Cleveland, Oakland, Detroit and New York and two with the Washington Nationals.

While Hyde is watching, some of his players say they aren’t.

“At the end of September, I’m going to start watching the other teams. I don’t need to watch it. There are too many games left. I don’t like to watch other teams. I prefer to worry about us, and whatever happens, happens.”

“I look up after every couple of games or so to see where we’re at,” Mountcastle said. “We’re 2 ½ back now. We’re trying to bridge that gap a little bit.”

He said he’s not watching Seattle or Tampa Bay and Toronto, the other current wild-card teams.

“I don’t really watch much baseball when I’m not at the field,” Mountcastle said. “I’ll check in on the scores every now and then.”

Starting pitcher Jordan Lyles, who has played for 12 seasons, is hoping to make his first postseason appearance even though he played for the 2018 and 2019 Milwaukee Brewers, who qualified for the playoffs.

“Mostly I’ll take a peek when they have all the scores somewhere in the ballpark if they’re visible,” Lyles said. “If they’re flashing on an electronic scoreboard, I’m not going to wait for some teams to pop up.”

“Not at this moment. There’s too much baseball left,” he said. “Maybe the last week or so. I’ll usually get word from someone in the clubhouse. I’ll have somewhat of an idea before I leave the ballpark.”

Going deeper: Kyle Bradish’s eight-inning start on Friday night was the longest of the season. The Orioles’ bullpen worked a scoreless ninth. It was the first time the bullpen hadn’t given up a run since August 16th.

“That was one of our rare, deep starts last night,” Hyde said. “That’s something we’re going to have to improve going forward next year and in the years after, like a team like [Houston] and what their starters can do.

“The guys in your rotation who are able to go six, seven, eight and, on a real good day, nine innings, they’re able to give the bullpen a breather. That that benefits you long-term.

“Our guys have done an amazing job out of the bullpen with the situations we’ve put them in this year. You look at our rotation. Jordan Lyles has pretty much done that this year. Everybody else is young and inexperienced. Hats off to everybody, our entire staff. The starting rotation has done the best they possibly can.

“It’s only going to get better going forward with our young guys, and our bullpen guys have picked up a lot of tough innings out of the bullpen, and done well this. Going forward, we’re going to look for some more length out of our starters the next couple of years.”