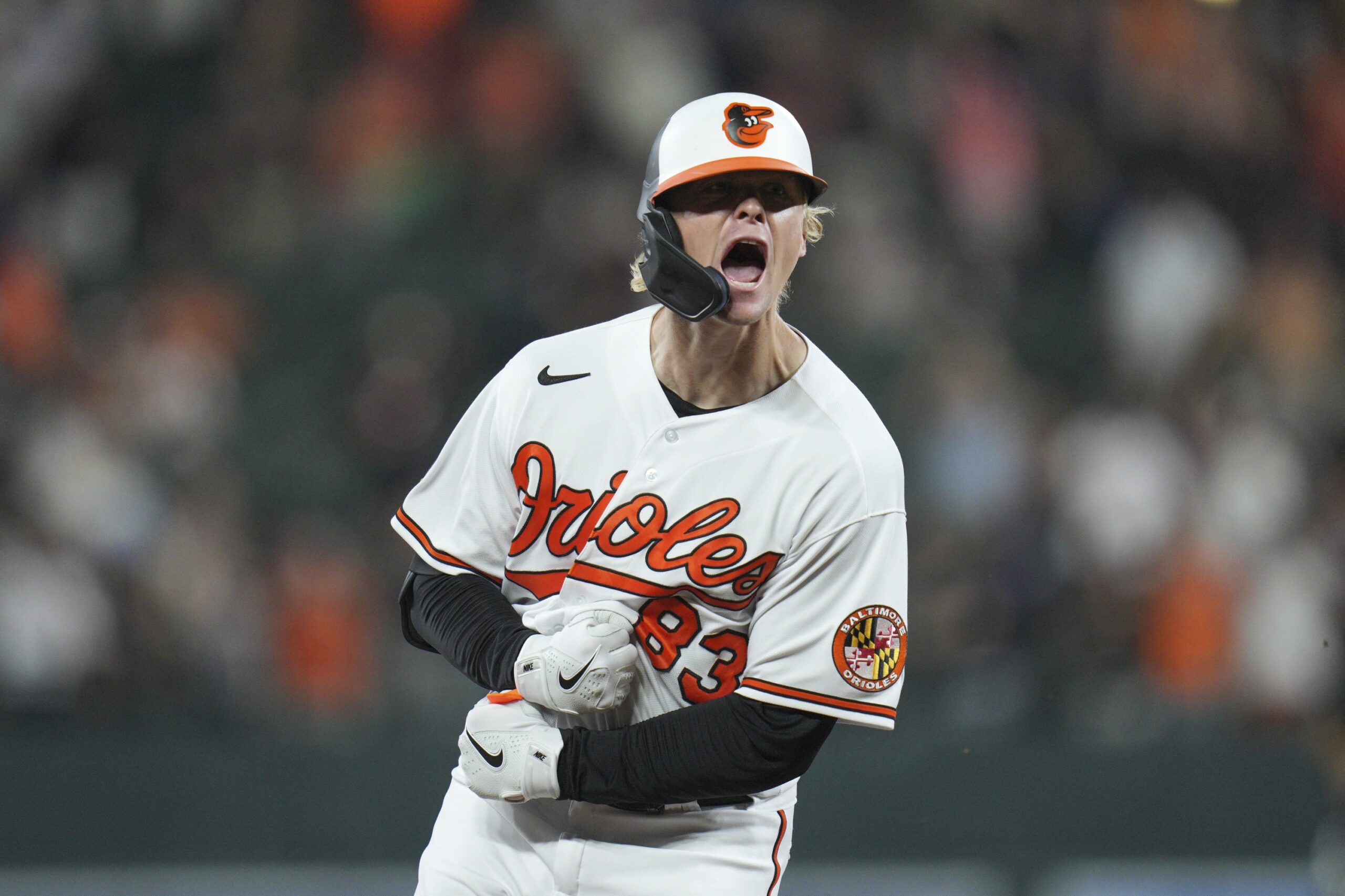 BALTIMORE—The Orioles were trailing 3-2 in the ninth on Thursday night and down to their final batter, rookie Kyle Stowers,  against Chicago White Sox closer Liam Hendriks. That’s when the Orioles caught an unlikely break that would lead to an improbable win.

Stowers, who had been hitless in 13 at-bats, hit a foul ball near the left-field seats on Hendriks’ first pitch. White Sox leftfielder Adam Engel, inserted for defense, made a long run but appeared to look toward the stands at the last second as the ball hit off his glove and fell to the ground.

Hendriks, who had converted 19 save chances in a row, then threw a fastball by Stowers for strike two. On the next pitch, Stowers launched a home run to right-center for his first major league home run. Hendriks flipped his glove in the air. Stowers didn’t appear to touch the ground until his feet touched home with the tying run.

Two innings later, designated hitter Anthony Santander would drive in his third run of the game to give the Orioles a stunning 4-3 victory before an announced crowd of 13,905 at Camden Yards and keep them with 2 1/2 games of the third and final wild-card spot as they head to Houston for a reunion with former teammate Trey Mancini.

Before Stowers’ home run, the Orioles hadn’t had a hit since Ryan Mountcastle’s leadoff single in the fourth. White Sox pitchers had retired 12 straight Orioles and hadn’t allowed a run since Santander hit a two-run homer in the first.

“We were so empty offensively for so long in that game,” manager Brandon Hyde said. “We finally got a little bit of life in a timely spot. Two outs and two strikes off one of the best closers in the game. Huge hit for us.”

Stowers was called up from Triple-A Norfolk on August 19th and had struck out in seven of his 13 at-bats without a hit.

“I haven’t necessarily been swinging at my best the last few days,” Stowers said. “To have one like that was really special. I stayed confident. I kept believing in myself every single at-bat. It’s really cool to have moments like that where you come to fruition.”

When Engel dropped the ball, Stowers realized he had an opportunity.

“I had another chance,” he said. “That’s all you can ask for, and it’s funny how baseball works sometimes, and I was able to capitalize on it.”

The Orioles (65-59) took two of three from Chicago (63-62) and remain in the hunt for the final wild-card spot with a difficult six-game road trip to Houston and Cleveland up next.

“We’re facing two of the hottest teams in the game right now coming up,” Hyde said. “Hopefully, we can play good baseball on this road trip.”

Oriole closer Félix Bautista (4-3) retired all six batters he faced in the 10th and 11th. It was the first time he pitched two innings in the majors.

“I didn’t even ask him,” Hyde said. “He was going back out, especially with how few pitches he threw in the 10th.”

Mullins was the automatic runner at second to begin the 11th. Adley Rutschman singled against Jake Diekman (0-2) before Santander hit a deep liner to center that was scored a single for the game-winner.

Stowers’ home run made it possible.

“To do it at home, super cool,” Stowers said. “To do it in a high-leverage moment off a really good pitcher, to give this team more life and a chance to win the game, I couldn’t have asked for a better moment.”

The Orioles led, 2-1, going into the seventh but a throwing error by second baseman Terrin Vavra cost them a run. In the eighth, Gavin Sheets, who had three hits, doubled with one out against Dillon Tate. After a grounder to first by Luis Robert moved Sheets to third, José Abreu singled to put Chicago ahead, 3-2.

Andrew Vaughn hit the first pitch of the game from Oriole starter Jordan Lyles for his 14th home run.

The Orioles took a 2-1 lead against Chicago starter Lance Lynn in the bottom of the first when a ground ball by Rutschman went off Abreu at first and Santander hit his 22nd home run of the year.

“We have such a great team chemistry,” Santander said through a translator. “It’s been one of the big reasons why we’ve been so successful this year, why we rally and play really well.”

Lyles had retired eight in a row when Romy Gonzalez, who entered the game because third baseman Yoan Moncada strained his left hamstring, hit a bloop single to center. Elvis Andrus reached on an infield single.

“It’s a lot of fun,” Lyles said. “Just showing up to the ballpark late in the season, knowing you’re playing for something is special. It makes it very fun and very easy to come to the ballpark every day. You can’t wait to get there.

“These guys are just so enjoyable to be a part of, and we keep having exciting games and series like tonight. It’s a good time to be an Oriole fan.”

Note: According to ESPN, Stowers was the first Oriole to hit his first home run to tie a game in the ninth inning or later since Rich Coggins on May 9th, 1973.

Minor league update: In his first game for Single-A Delmarva, Jackson Holliday, the top pick in last month’s draft, had two RBIs in the Shorebirds’ 7-3 loss to Salem in 10 innings.