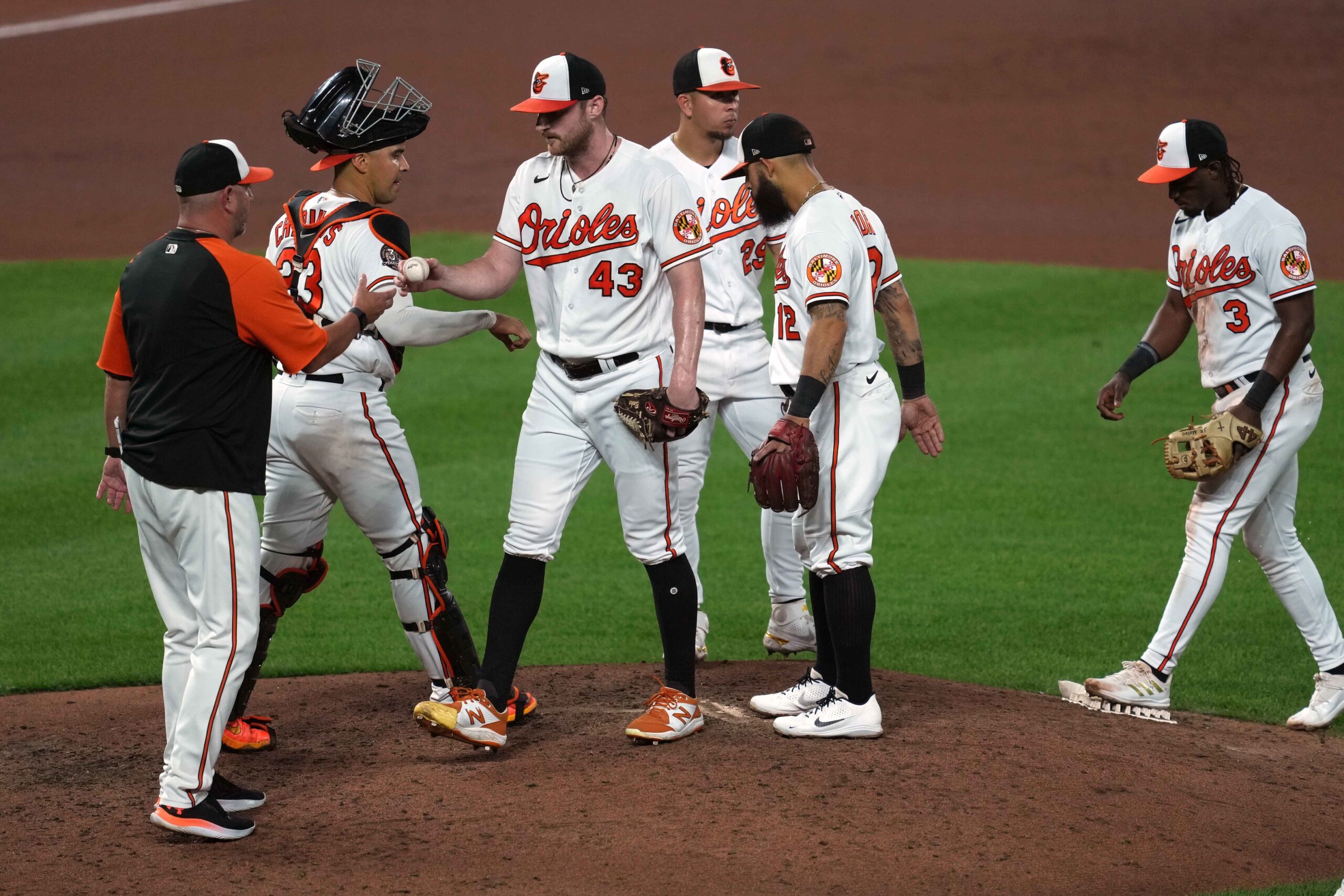 BALTIMORE—The Orioles had an opportunity to make up ground in the wild-card race on Wednesday night. The Seattle Mariners lost to the Washington Nationals on Wednesday afternoon, giving the Orioles a chance to move within 1 ½ games of the third wild-card spot.

Instead, a tepid offense and a poor outing from their suddenly shaky bullpen cost the Orioles in a 5-3 loss to the Chicago White Sox before an announced crowd of 12,565 at Oriole Park.

Oriole starter Spenser Watkins allowed two runs in six innings, but the Orioles had just four hits in the first eight innings before a ninth-inning two-run home run by Austin Hays made the game look closer than it was.

“We’re just not scoring a ton of runs for [Watkins], but he did a nice job,” manager Brandon Hyde said.

The Orioles (64-59) failed in their fifth attempt to move a season-high seven games over .500 and remain 2 ½ games out of the final wild-card position.

Mountcastle made another outstanding play on a foul popup by Elvis Andrus in the fourth, leaning the railing of the Orioles’ dugout to make the catch.

Watkins said he was having trouble finding his rhythm in the first. “Took a little time to get my footing there in the first inning,” he said.

The Orioles had one hit, a leadoff single by Cedric Mullins in the first, over the first three innings. Mullins was doubled off when he broke for second on a soft liner by Adley Rutschman that Andrus caught at short.

Rutschman doubled to lead off the fourth, moved to third on a deep fly by Anthony Santander and scored on a grounder to short by Mountcastle.

Mullins hustled his way into second with a one-out double in the sixth against Lucas Giolito but didn’t score.

“I thought he did a great job,” Hyde said. “In the first inning, he was a little shaky, a bunch of hard contact, but then he settled in and gave up a couple of runs … 2-to-1 game, he kept us right there — five zeroes after the two-spot there in the first. I thought his pitch mix got good as the game went on.”

Chicago loaded the bases against Baker in the seventh. After he struck out José Abreu, Akin allowed an infield single to Sheets that scored Seby Zavala.

“We were one pitch out of getting out of a bases-loaded, two-out jam there,” Hyde said. “A well-placed ground ball, tough play, not a hard-hit ball, a little unlucky there. Akin goes back out and gives up a couple of soft singles, and we just didn’t get it done.”

In the bottom of the seventh, Mountcastle led off with a single against Giolito. Hays hit into a force and, after Ramón Urías walked, Kendall Graveman walked Rougned Odor to load the bases.

Jorge Mateo hit a smash down the third-base line. Moncada fielded it, touched third for one out and threw to first for the double play. Mateo was certain he had another extra-base hit.

“That’s what I think, but he made a great play,” Mateo said. “That’s part of the game.”

Akin was charged with two runs in the eighth. He allowed three hits to four batters. Chicago had five singles. A wild pitch by Head and an RBI single by AJ Pollock put the White Sox ahead, 5-1.

Mountcastle blooped a single into right field against Chicago closer Liam Hendriks before Hays hammered his 14th home run down the left-field line.

Notes: Jordan Lyles (9-9, 4.91) will face Lance Lynn (3-6, 5.30) on Thursday night. … The Orioles are expected to make a move when they add right-hander Phoenix Sanders to their bullpen on Thursday. Sanders was claimed off waivers from Tampa Bay.

Hyde on 2023 schedule: Hyde said he didn’t have a chance to look at next year’s new schedule, which features 52 games against American League East teams instead of 76. “I’m still in the 2022 schedule,” he said.

“I do think it’s more fair. Still a third of your schedule is against American League East teams, which is good. I think it’s also good that you see everybody else. It’s a little bit more fair around the league, play every team in the National League, I think that’s going to be fun. I think it’s going to be great for fans, also… It evens things out.”