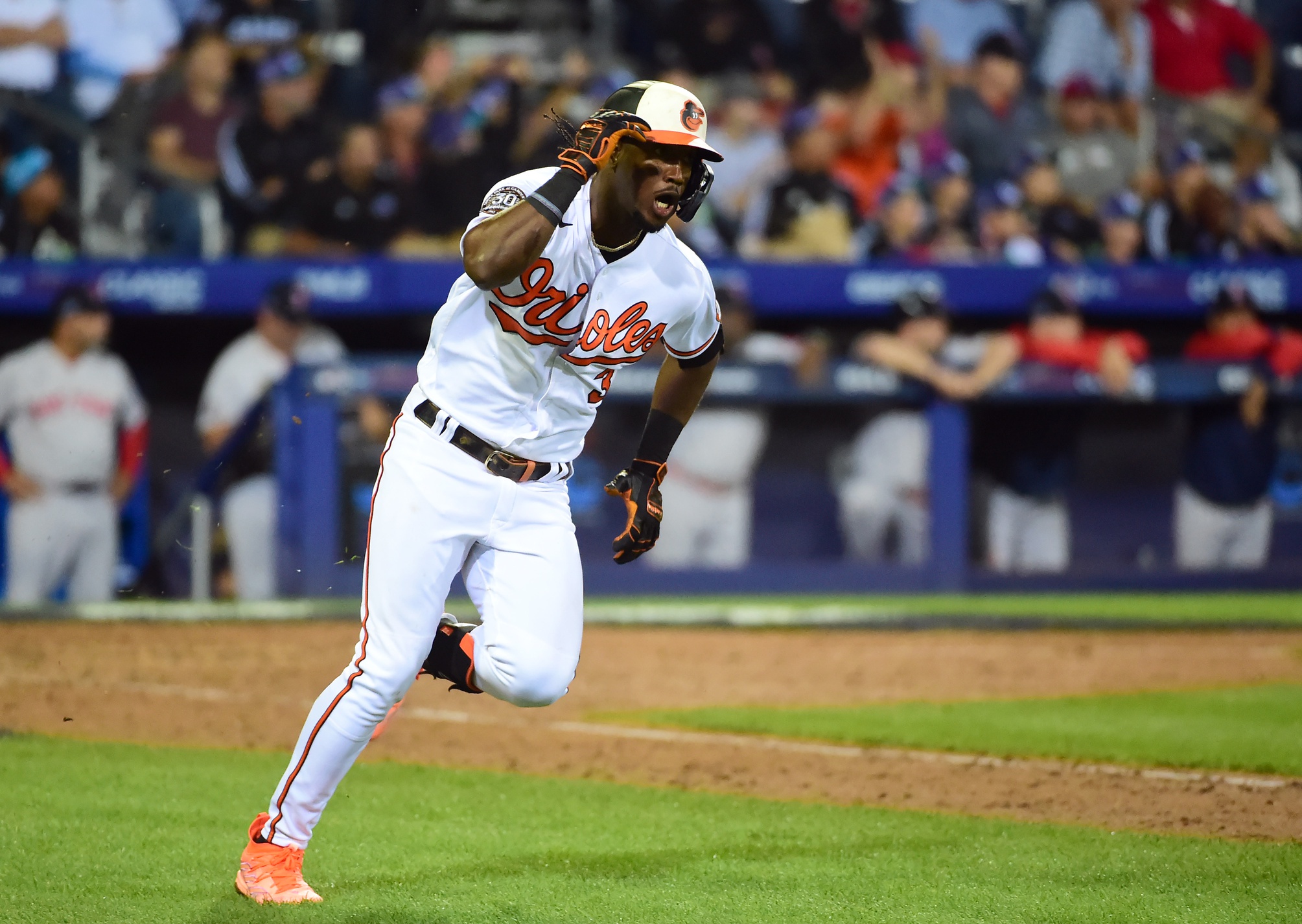 WILLIAMSPORT, Pennsylvania—Four hours before game time, heavy rain fell at Muncy Bank Ballpark, and the forecast was dire for the rest of the evening. An hour later, the skies began to clear, and there wasn’t any more rain.

A three-run double by shortstop Jorge Mateo in the eighth inning broke a 2-2 tie and led the Orioles to a 5-3 win over the Boston Red Sox in the Little League Classic before 2.467, a sellout and record for the event, and an ESPN television audience.

Players from the 20 teams in the Little League World Series attended, and they saw the Orioles (63-58) improve their wild-card position. The Orioles and Minnesota Twins are 2 ½ games behind Tampa Bay, Toronto and Seattle.

After an offday on Monday, the Orioles will face the Chicago White Sox in a three-game series at Camden Yards. The Orioles, who took three of four from the White Sox in June, are a game ahead of Chicago.

Before the game, the Orioles were visited in their clubhouse by former President George W. Bush, who joked with the players and lightened the mood. He was presented with a home run chain.

“What a special day,” manager Brandon Hyde said. “Huge hit by Jorge Mateo. He’s been so good lately, and it’s fun to watch him play.”

Because of the rain, the Orioles couldn’t take batting and fielding practice and stayed in their cramped clubhouse for several hours.

“I didn’t know how our guys would react,” Hyde said. “Having a president come in and making things light. That was a special experience for everybody. Then, it started to feel like a big game because of that, because of all the people on the field. It started to feel like a playoff game in this a lot smaller stadium, but I thought I our guys were ready to play. It was just weird, unique going into 7:10.”

At times during the game, players wore microphones. At one point, rightfielder Austin Hays and centerfielder Cedric Mullins both wore mics, but only Hays could hear the announcers’ questions. Hays was a natural, and Mullins was a good sport, giving fans a glimpse of their personalities and relationship.

The Orioles scored two runs in the first on singles by Mullins, Adley Rutschman, Anthony Santander and Ramón Urías against Boston starter Nick PIvetta, who has won seven of nine decisions against the Orioles.

After the first inning, the Orioles didn’t have a runner reach third until the eighth. Santander, who doubled with one out in the third, was thrown out trying to advance to third on a grounder to short by Ryan Mountcastle.

The Orioles left eight runners on in the first seven innings.

In the eighth, Urías walked against Matt Barnes (0-4), and John Schreiber hit Hays with a pitch and walked Rougned Odor to load the bases.

Mateo lined a ball over third base, and it scored pinch-runner Ryan McKenna, Hays and Odor.

“It was a really special moment for me,” Mateo said through a translator. “It was really cool to see how the kids got excited, and I really enjoyed that moment, and I’ll cherish it. It’s something that reminds me of my childhood.”

Oriole starter Dean Kremer, who allowed a run on five hits in 5 1/3 innings. gave up his only run in the second when a single by Kiké Hernández scored Rafael Devers.

“I had a blast all day,” he said. “The atmosphere, it brought back memories of being a kid. Sometimes in this line of work, it becomes work, and you forget that it’s still a game and today brought that back for a lot of us.”

Dillon Tate, who relieved Kremer with Tommy Pham on first and one out in the sixth, retired the first five batters he faced before Franchy Cordero, who was added as the 27th man for the game, hit a pinch-hit home run to begin the eighth.

Xander Bogaerts homered against Félix Bautista to lead off the ninth, but Bautista retired the next three batters for his eighth save.

“Every game now is a big game, and we treat it as such,” Rutschman said. “Today was about the kids and giving them as good an experience as we could, but once game time started, it was all about the game, and I think we have a lot of maturity on this team where we able to compartmentalize the two things and go out there and play.”

Notes: Kyle Stowers struck out in each of his four at-bats. … Major League Baseball announced that the Philadelphia Phillies and Washington Nationals will play in the Little League Classic on August 20th, 2023. … Yusniel Diaz, who was the 27th man for the Orioles, was returned to Triple-A Norfolk. … Outfielder Brett Phillips cleared waivers and was outrighted to Norfolk.

Mullins chosen: Mullins will play for the United States in the World Baseball Classic next March.

Executive vice president/general manager Mike Elias and Hyde spoke with him earlier in the week and told him that Team USA wanted him to play.

“I was like, ‘absolutely,’” Mullins said. “It was a shock for sure, but at the same time, it was exciting. It was an automatic yes, a once-in-a-lifetime experience … It’s just an honor, your entire country on your back. It’s just one of those things you’re never going to forget.”

He brought up Adam Jones, who as team USA’s centerfielder in 2017 robbed Manny Machado, playing for the Dominican Republic, of a home run with a spectacular catch.

“That’s the only memory of the WBC that I can recall,” Mullins said. “Knowing the energy that was there that day, I’m excited to be a part of.”

Rutschman’s reflection: Rutschman was received warmly by the Little Leaguers and he appreciated the attention.

“It was a cool thing just being able to see the whole setup that they had today,” he said. “Guys just excited to play baseball, be out there in front of a crowd. You could tell a lot of them were nervous to come out and play as you should be when you’re 12 years old … It’s something I never had growing up.”