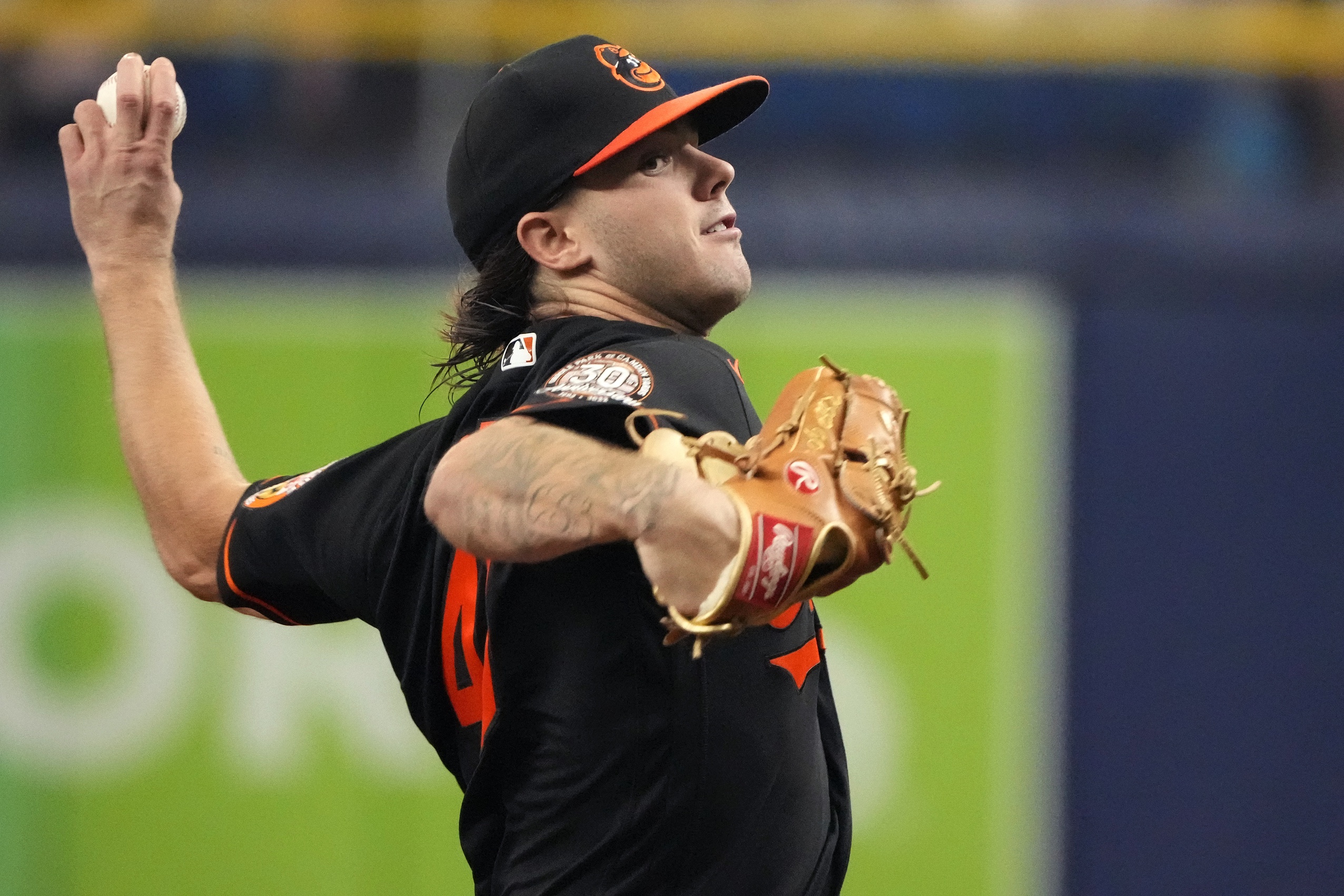 Here’s Ramsey’s breakdown of some of the Orioles’ top arms, including Grayson Rodriguez, DL Hall and closer Félix Bautista.

Breakdown: The left-hander had an uneven debut with the Orioles on August 13th.  He allowed five runs in 3 2/3 innings in an 8-2 loss to the Tampa Bay Rays. The Orioles sent him back to Norfolk after the game to work on pitching out of the bullpen. The Orioles are confident Hall can make a solid contribution to the big-league club this season.

Ramsey’s scouting report: “So far, so good. [Thursday] was his first time coming out of the ‘pen for quite some time. He did it back in ‘18, he said, once or twice. He’s getting used to the preparation and how to stay loose. We’re trying to make him more prepared for when he comes out of the ‘pen in the big leagues.”

Breakdown: The fourth-ranked prospect in MLB is rehabbing a Grade 2 lat strain. Further tests have not revealed any significant issues, and Rodriguez has begun throwing off a mound. There is no timetable for his return, but there is a hope that he can return later this season, either in Norfolk or in Baltimore. The Orioles envision Rodriguez being at the top of the starting rotation for years to come.

Ramsey’s scouting report: “We have a lot of special talents in this organization … there’s a bunch, but he’s unbelievable to watch. I was fortunate to be with him since ‘19, and I’ve seen him grow through the system. He’s been incredible.”

Breakdown: The veteran right-hander is trying to rejoin the big-league club after signing a minor-league deal earlier this year. Last year, Harvey led the Orioles with 28 starts. He was the highest-paid pitcher on the staff with a $1 million salary after he signed a minor league contract at the beginning of spring training in 2021. He went 6-14 with a 6.27 earned-run average, the second-highest ERA of any pitcher with a minimum of 100 innings pitched.

Ramsey’s scouting report: “He’s doing great. He’s really taken to the leadership role. He’s mentoring the younger guys and working hard for himself. He’s trying to get back up and do what he can do. He’s been fantastic. It’s a blessing to have someone who has done what he has done and where he’s done it, from the major leagues to the World Series. It’s fortunate to have that wealth of knowledge.”

Breakdown: The local product has significant major-league experience, but he still needs to work on some mechanical issues, mainly with his changeup and four-seam fastball. There was also some speculation he was tipping his pitches. The left-handed Zimmermann was sent back to Norfolk on June 16th, and he pitched well for the Tides. He could rejoin the Orioles before the end of the season.

Ramsey’s scouting report: “Zim is doing great, working hard, staying the course. He understands what he’s here to do. He’s done a really good job of attacking it and getting better every time out. He’s really done a nice job.”

Breakdown: The right-hander is another solid prospect looking to get back to the major-league club and play a role in the playoff run. Baumann has already been added to the Orioles’ taxi squad after being sent to the minors, so the team has confidence that he can be a contributor this season.

Ramsey’s scouting report: “He made the transition back into the starting role and he’s done a really good job with that. He’s moving better and has used some of the weapons we’ve seen from him in the past. It’s been a fun transition for him.”

Breakdown: The powerful right-handed reliever has been one of the feel-good stories of the season. Bautista has become one of the Orioles’ most reliable arms and took over the job as close when Jorge López was traded to the Twins on August 2nd. Bautista became the first Oriole rookie to pitch in 53 games since Tanner Scott  in 2018. His 98.9 mile-per-hour average fastball velocity ranks in the top percent of MLB; his 34.7 strikeout percentage ranks in the top 3 percent, according to Statcast.

Ramsey’s scouting report:  “You see the potential of anyone that is throwing 100 with a couple of off-speed pitches that are pretty good, too,” Ramsey said. “To take that next step and hone in the ability to attack, he’s another guy who I was fortunate to have in ‘19 when he first came up. He started the process last year and it was impressive to see how he moved up the levels the way he did. You knew there was a chance with a guy with that size and that kind of stuff. You’re seeing the results.”