Visit to Williamsport brings back childhood memories for Orioles - BaltimoreBaseball.com 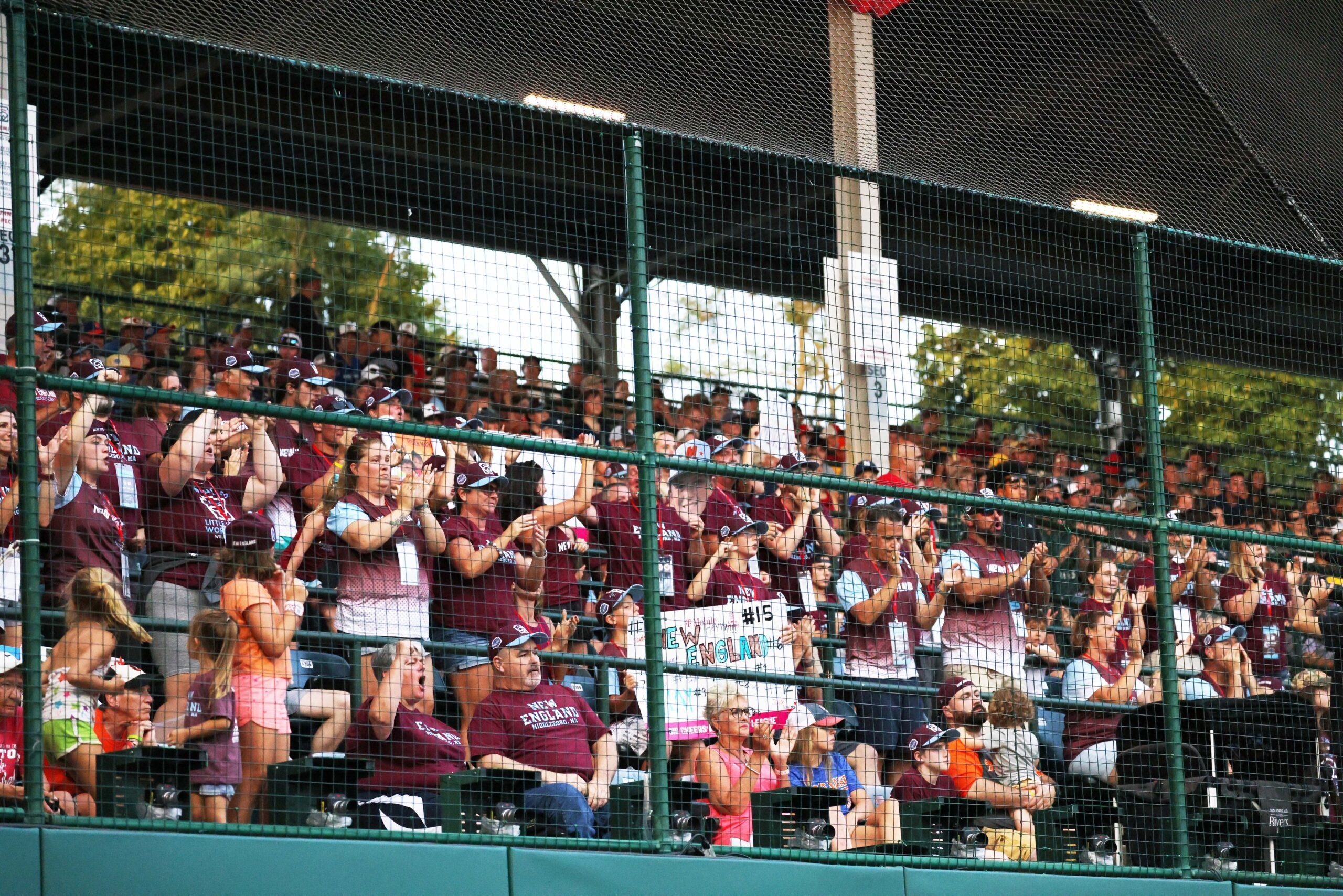 WILLIAMSPORT, Pennsylvania—After the Orioles arrived at the site of the Little League World Series and Sunday night’s Little League Classic game against the Boston Red Sox, they got to interact with players who hope to be big-leaguers in the future.

There was sliding on cardboard down the hill outside Howard J. Lamade Stadium, collecting autographs and baseball talk.

“I was talking to one of the teams, and I was asking who the starting pitcher was going to be,” said Austin Hays, who’s starting in right field. “It was Great Lakes against Tennessee. They were going back and forth with about three of them, and the coach came over and asked to take a picture, and I said: ‘Hey, who’s starting the game tomorrow? Oh, he is right there.’

“I said, ‘See, now you know who’s going to start.’ We were having a good time and got some good videos of our guys going down the hill with some kids. It was a good time.”

Hays did attempt the slide. “I made it about halfway down, fell off my piece of cardboard. The kid I was racing fell off his, too, so I ran back up, hopped on mine and he tried to go down without his, so I think I won by disqualification.”

Tyler Nevin, who played Little League in the San Diego area before advancing to travel ball, loved the experience.

“Every birthday, until I was too old, I kept wishing I could play in the Little League World Series,” Nevin said. “I grew up watching this every single year. I really wanted to be a part of it; I got to a little bit today. I came here and saw what it was like. To see the kid’s enjoyment when they saw us was pretty special.”

Nevin joined Hays in sliding. “I did—one and done. It got going kind of quick. I don’t want to roll an ankle or something. I had to do it at least once, so I’m glad I got to do it.”

Perfect timing: On Thursday, Kyle Stowers was playing for Triple-A Norfolk and on Friday had his contract selected by the Orioles. Stowers is playing left field in Sunday night’s game.

“Pretty good timing. Pretty good to be here for this,” Stowers said. “This is a lot of fun, being around that atmosphere today and seeing the kids living out something that when you’re at that age, it’s definitely a dream. It’s a bucket-list thing. Not a lot of people get this opportunity.

“I hope they’re soaking it all in right now because I’m sure they’re, to a certain extent, catching their breath and just enamored by what they’re experiencing right now. As things start to settle down for them, they’ll start to realize how special this week or couple of weeks is for them.”

Still a fun game: Amid the fun, the Orioles realize that they’re competing for a wild-card berth. Sunday, though, was a reminder of what led to this position.

“Baseball was created as a game,” Hays said. “That’s what it is. We all played when we were children, and that’s when we developed a love for the game. To go back to where it all started, why we started playing in the first place.

“This is our job now, and we get paid to do it, but at the end of the day, we were in those kids’ shoes. We started playing the game because it’s fun. It’s something we like to do that led us to here.”

Notes: Manager Brandon Hyde said that centerfielder Cedric Mullins, who missed Saturday’s game after he fouled a ball off his foot, is able to play. Mullins is leading off. … After Monday’s offday, the Orioles play the Chicago White Sox in a three-game series at Camden Yards. Austin Voth (3-1, 4.86) will face Dylan Cease (12-5, 2.09) on Tuesday night.