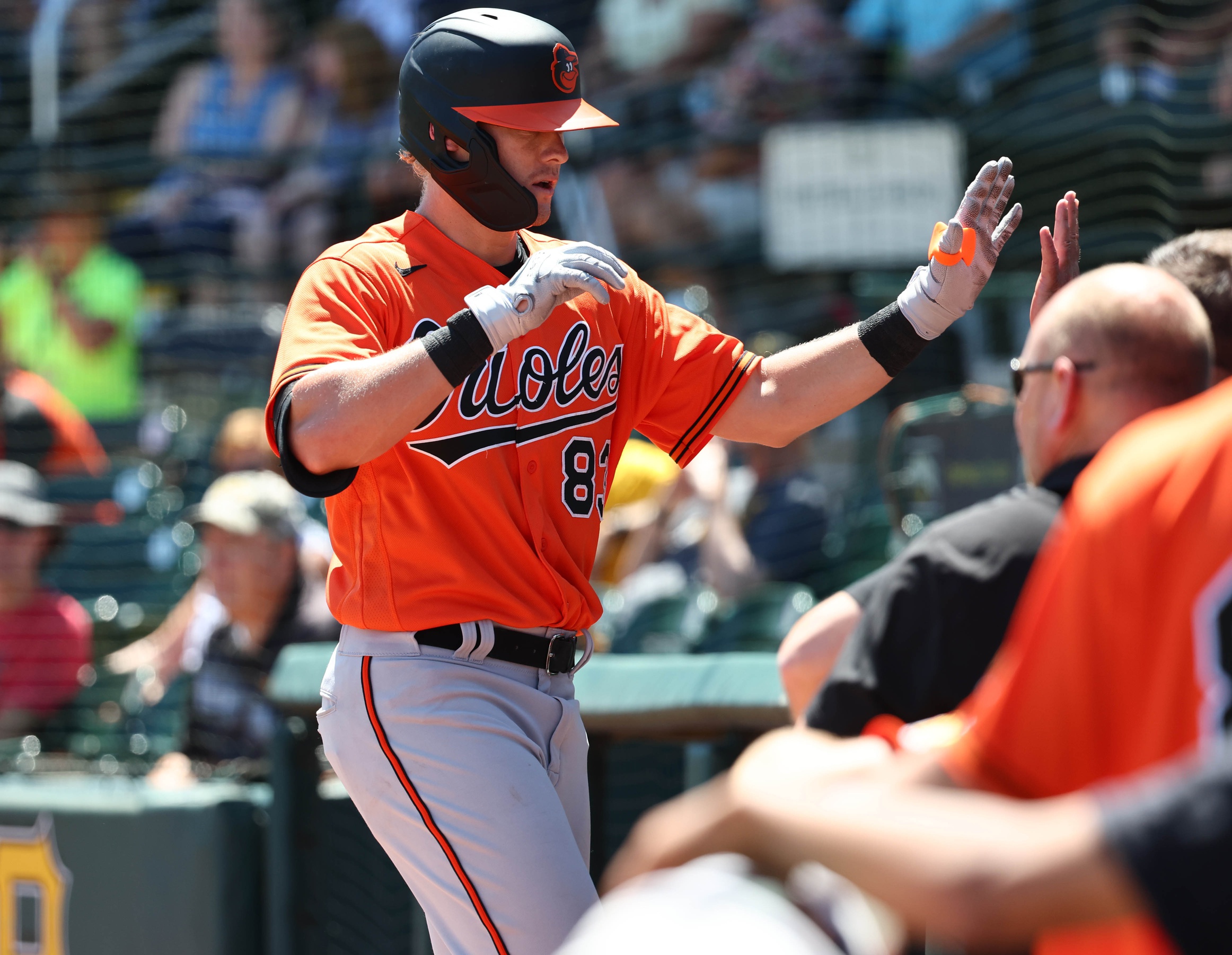 BALTIMORE—The Orioles decided the time was right to promote outfield prospect Kyle Stowers to the major leagues on Friday. Stowers was hitting .264 with 19 home runs and 78 RBIs with Triple-A Norfolk.

“Stowers is going to see quite a bit of action in the outfield,” manager Brandon Hyde said. “Tonight, he’s in right [and batting fifth]. Every day, we’ll look at matchups and it’s good to get guys off their feet. We’re in late August. We’ll try to rotate these guys around as much as possible.”

The Orioles have lost five of their last eight games, and in three of those games their offense was silent.

“I feel like he’s ready to contribute for us,” Hyde said. “He’s had a nice year in Triple-A, and we’re excited about his future. Looking forward to watching him play.”

Hyde said the Orioles will be facing mostly right-handed hitters over the next few weeks and having another left-handed hitter will help.

“Super excited. I think it’s a really cool place where this team is at,” Stowers said. “Pushing for the playoffs and getting the opportunity to be a part of it, and for something as special as that, I’m stoked for.”

Stowers has visited Oriole Park but hasn’t played here, and he’s thrilled about it even though Friday night won’t be his first major league game.

Hyde thought the series at the Rogers Centre was valuable, but it will be different playing at home.

“I’m sure he’s going to be nervous tonight, too,” Hyde said. “Good experience for him to have before today.”

Those four games were valuable to Stowers, who was the third player chosen by the Orioles in the 2019 draft behind Adley Rutschman and infielder Gunnar Henderson, who was a teammate at Norfolk.

“I think it’s just important to be the same guy,” Stowers said. “To be yourself, stay aggressive, stay confident, then also have fun. With where the team’s at, this is real exciting. This is what you want to be a part of.”

Stowers spent much of spring training with the Orioles and thought the team was much improved.

“I’ve been here multiple years and sensed that this year was the turning of the page,” Stowers said. “There were a lot of great pieces and something special seemed to be brewing.”

With the Orioles in the race for the postseason berth, Hyde is hoping Stowers’ offense helps.

“We can get a lot better offensively,” Hyde said, “and Kyle can be a part of that.”