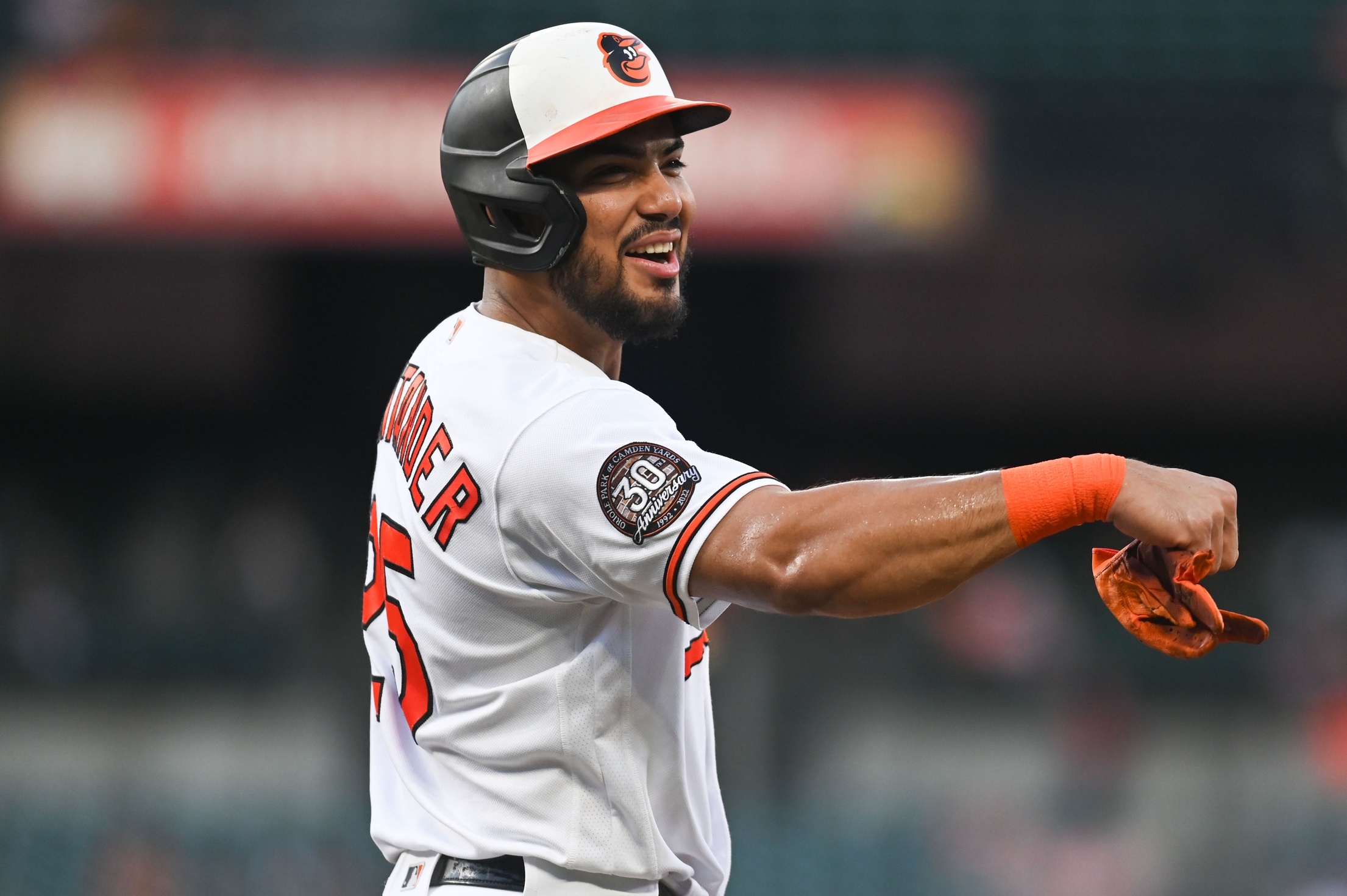 It’s time for the first part of our monthly Orioles mailbag. Questions are edited for length, clarity and grammar.

Question: Going into 2023, what are your thoughts on bringing in an experienced, veteran starter who can be a number 1 for a few months or even a season? Perhaps that starter can take pressure off a returning John Means and Grayson Rodriguez. With the more expansive left field, do you think the Orioles appeal to Charlie Morton, Nate Eovaldi or Noah Syndergaard? From: Brian Sturm via Facebook

Answer? Brian, I think the Orioles will want a veteran starter. I’ve long been a fan of Charlie Morton, but he’ll be 39 later this year and has a $20 million team option with Atlanta for next year. The Orioles are familiar with Eovaldi, and although he’s been injured this season, he’s quite familiar with the AL East, and I think he’s someone they might have interest in. Syndegaard made $21 million this year, and I think he’ll be looking for a longer contract than the Orioles have in mind.

There will be many names linked to the Orioles this winter, and you’ve mentioned some possibilities.

Question: Do you see the Orioles spending on top-tier, free-agent pitching or hitting this offseason … or will the spending be to keep our own guys around? From: @Bmore2SC

Answer: Jacob, I think the Orioles’ free-agent spending will be mainly on pitchers, starting pitchers. If they spend on position players, I think it might be for a veteran backup catcher or infielder, but I don’t see them spending much there. As for players on the club, many have fewer than three years experience, so they’ll be on relatively low salaries. Austin Hays, Jorge Mateo, Cedric Mullins, Anthony Santander and Dillon Tate will be due raises because they’re eligible for arbitration.

Answer: Michael, I don’t think the trades of closer Jorge López and first baseman/designated hitter Trey Mancini have changed the club’s playoff outlook much at all. Since they were traded, the Orioles have had only a single one-run loss, and Félix Bautista has done well as the closer. On MLB Network radio last Sunday, he predicted that the team would make the  playoffs, so I think he’s more optimistic now.

Question: Do you think that Gunnar Henderson will be called up by August 23rd, and if that’s the case, will it benefit the Orioles in terms of service time? Is that true, and can we expect it then? From: Alan Reister via Facebook

Answer: Alan, Gunnar Henderson could be called up at any time. I know Mike Elias is considering it, and it certainly could happen on September 1st when the rosters expand to 28.

Question:  I think Henderson will be the only one who gets a call-up. What do you think. I don’t see Kyle Stowers till next year.  From: @WalterMaselli1

Answer: Walter, if Henderson is called up on September 1st, and no other roster moves are made, that would preclude Stowers from being called up. If there are any injuries to outfielders, I think Stowers gets the next call.

Question: Why didn’t Hyde give Tyler Nevin more of a shot? He has a good OBP. We know he can hit. One month is hardly an audition. Jorge Mateo, Ramón Uríass got more than that. The outfielders got years to develop. Rougned Odor is not only performing poorly but doesn’t have a future with the O’s. From: Damon Stout via email

Answer: Damon, Nevin is batting .199 with a .299 on-base percentage. He’s gotten 151 at-bats. Mateo and Urías can play second, short and third while Nevin is a corner infielder and outfielder. It’s clear that Mateo and Urías are fine fielders. Nevin doesn’t play second base or shortstop. As for Odor, he’s been a useful clubhouse presence as well as giving the team key hits.

Question: Has anyone other than Ken Griffey Jr. hit the warehouse? Has it ever been done in batting practice.  I was at the All-Star home run contest and remember Juan Gonzalez hitting the facade of the upper deck in left field. From: Greg Haynes via email

Answer: Greg, I was there for that, too, and it was a memorable day. I’ve heard talk that balls have hit the warehouse in batting practice, but none has been documented. I remember when the Orioles moved there, the conventional wisdom was that it would happen occasionally in a game. As you know, we’re still waiting for it.

Question: The Orioles have a ton of infield prospects. Gunnar Henderson is the shining star and should be a stud. What does your crystal ball show for the upside on the other prospects (Jordan Westburg, César Prieto, Connor Norby, Joey Ortiz, Darrel Hernaiz, Terrin Vavra, Coby Mayo)? Which ones do you envision as future All-Stars? From: Greg Fuchs via email

Answer: Now, that is a tough one, Greg. Other than Vavra, I’ve only seen the others play briefly in spring training, though I did see Ortiz and Westburg play once in Bowie early this season. I think Westburg has the highest ceiling, and I’m really intrigued with Prieto, who is only in his first season in professional ball. Please ask this one again in 2023, and I may have a better answer.

Question: Why do you think the Orioles did not trade Anthony Santander when they unloaded López and Mancini at the trade deadline? From: Glenn Fuller via email

Answer: Glenn, there was an active market for López because he was an All-Star reliever. Mancini was in his final season before free agency. Santander can’t be a free agent until after the 2024 season, and I think Mike Elias’ asking price was very high. In the case of López and Mancini, the Orioles received six young pitchers, and unless teams offered good pitching prospects, they weren’t going to trade Santander.

Question: Since there are three wild-card teams now, how are the playoffs determined? Who plays who? From: Ray Heller via email

Question: As many readers know your tenure with BaltimoreBaseball.com coincided with their losing ways. While this season obviously has been much more exciting to cover, I’m curious if that’s made it easier or more difficult to cover the team? Are losses more difficult to take now as they’re in the playoff mix as compared to losses that only mattered because it could make a difference if they’d get the first or second draft pick? From: Dave Gruber via Facebook

Answer: This season has been a lot of fun to cover, Dave. It’s much easier when there’s a good story for each game, and win or lose, each game has playoff implications. It’s a lot easier to find good storylines with a competitive team than with one that loses more than 100 games a season.


Question: You noted draft picks who went to Single-A Delmarva, but where’s Jackson Holliday and how do the Orioles decide who goes where and when? From: Mark in Sacramento via email
Answer: Mark, Jackson Holliday, the overall top pick in last month’s draft, is playing for the Orioles’ Florida Complex League team in Sarasota. He’s 3-for-8 in his first three games. The Orioles’ player development department decides which minor league teams players will be assigned to. Players drafted from high school usually play for FCL teams while college players are often assigned to Single-A Delmarva after a short time in the FCL.
Question: What happened to Richie Martin?  I thought he had potential? From: Judy Stinchcomb via e-mail
Answer: Judy, Richie Martin is playing with Triple-A Norfolk, and he was on the Orioles’ trip to Toronto as part of their three-man taxi squad. The Orioles have a number of promising infielders, and I think it’s possible that Martin could again be a major leaguer. However, the Orioles seem to think that their recently drafted players have more potential than Martin, and the guess here is that he’ll be with another organization in 2023.
Related Items:next
Share
Tweet
Share
Share
Email