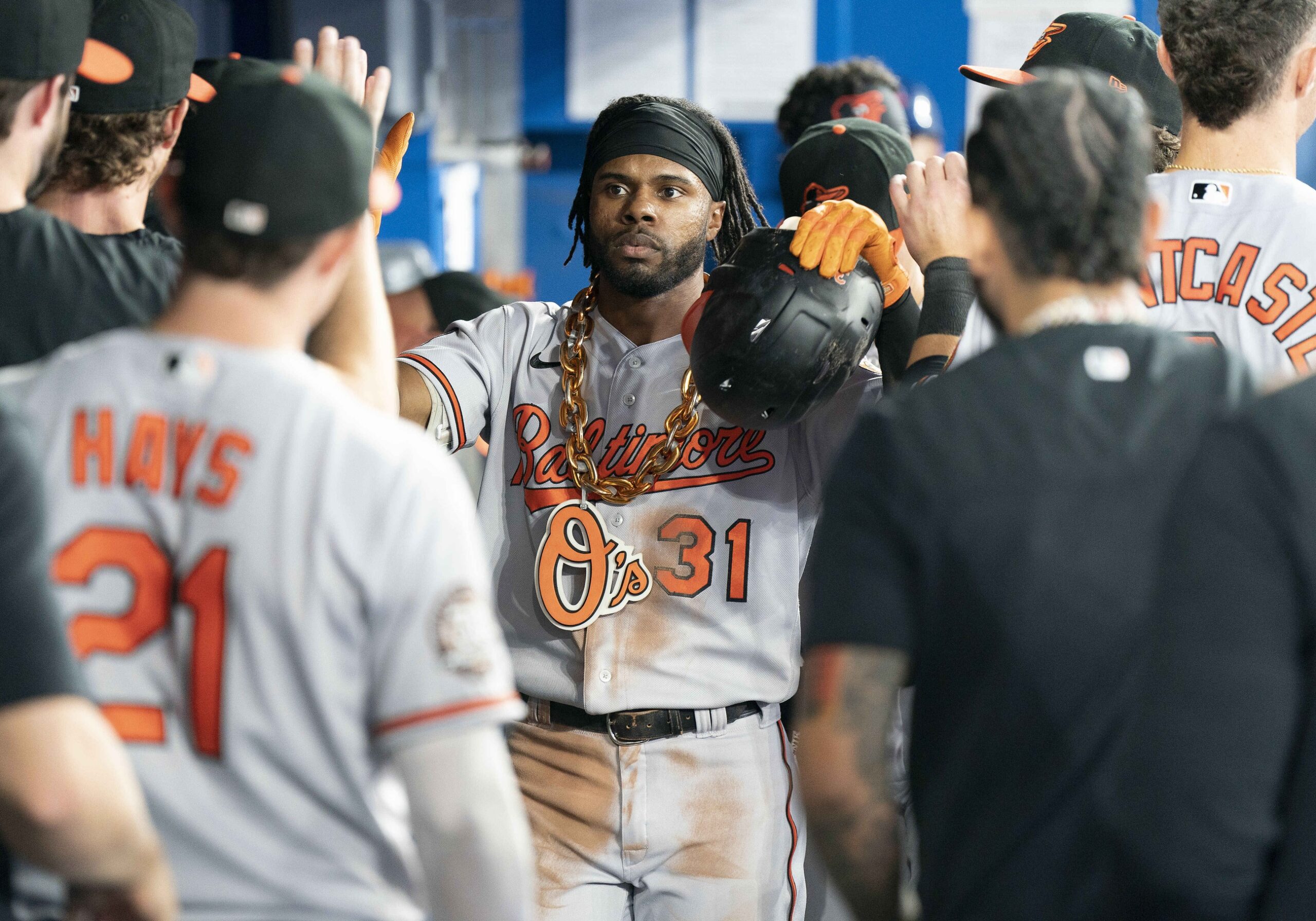 For the second time in a week, the Orioles have won a series against the Toronto Blue Jays, and it couldn’t have come at a better time. The Orioles’ 4-2 win over Toronto at Rogers Centre on Tuesday night put them within a half-game of the Blue Jays for the third and final wild-card spot.

The Orioles (61-55) have beaten Toronto (61-54) five straight times this season. It’s the first time the Orioles have recorded five consecutive wins against Toronto in a season since May 9th-June 28th, 1994.

The Orioles are 6-2 against the Blue Jays with 11 more games to play this season. They’re six games over .500 for the third time this season.

“The biggest thing is we focus on ourselves. We really don’t know what people are saying about us,” catcher Adley Rutschman said. “I think the guys in this locker room really make up for their [lack of] experience and the time that we’ve had.”

Oriole starter Dean Kremer got off to a shaky start, allowing a leadoff single to George Springer and a two-run homer to Vladimir Guerrero Jr. But that was all he would allow Toronto in seven standout innings. He gave the Orioles time to adjust to Toronto starter Alex Manoah (12-6), who didn’t allow a hit for the first three innings and had a one-hitter through four.

Then came the fifth.

“He’s a phenomenal player, a phenomenal person, great around the clubhouse, and a guy you want on your team,” Rutschman said. “You can’t really say enough good things about him.”

Mullins was facing Manoah for the third time in the fifth.

“We got his pitch count up pretty good there towards the end of his outing,” Mullins said on the telecast. “We were able to capitalize on the back end.”

Run-scoring singles by Ramón Urías and Ryan McKenna in the sixth put the Orioles in front, 4-2.

Guerrero hit his 25th home run in the first. He also homered in Monday night’s game and has 20 home runs in 53 games against the Orioles.

“He’s a good player and if you make a mistake, he’s going to capitalize on it,” Kremer said. “They’ve got a good lineup, and I just tried to grind through every at-bat.”

Kremer (5-4) allowed two runs on seven hits in seven innings, walking one and striking out six.

“Absolutely fantastic,” manager Brandon Hyde said. “That was the best pitching performance by far I’ve seen from the standpoint of how he used all his pitches … That shows you the kind of pitcher he can be.”

Dillon Tate pitched a perfect eighth, and Félix Bautista worked a spotless ninth for his seventh save. The first eight pitches Bautista threw were strikes.

Garrett Stallings allowed two runs on four hits in six innings, but Double-A Bowie could manage just four hits as the Baysox lost to Somerset, 2-1. Stallings (5-9), who was named the organization’s pitcher of the month for July, walked three and struck out four. Leftfielder Hudson Haskin hit his 12th home run.

Call for Questions: I’ll be answering Orioles questions this week. Please email them to: [email protected]