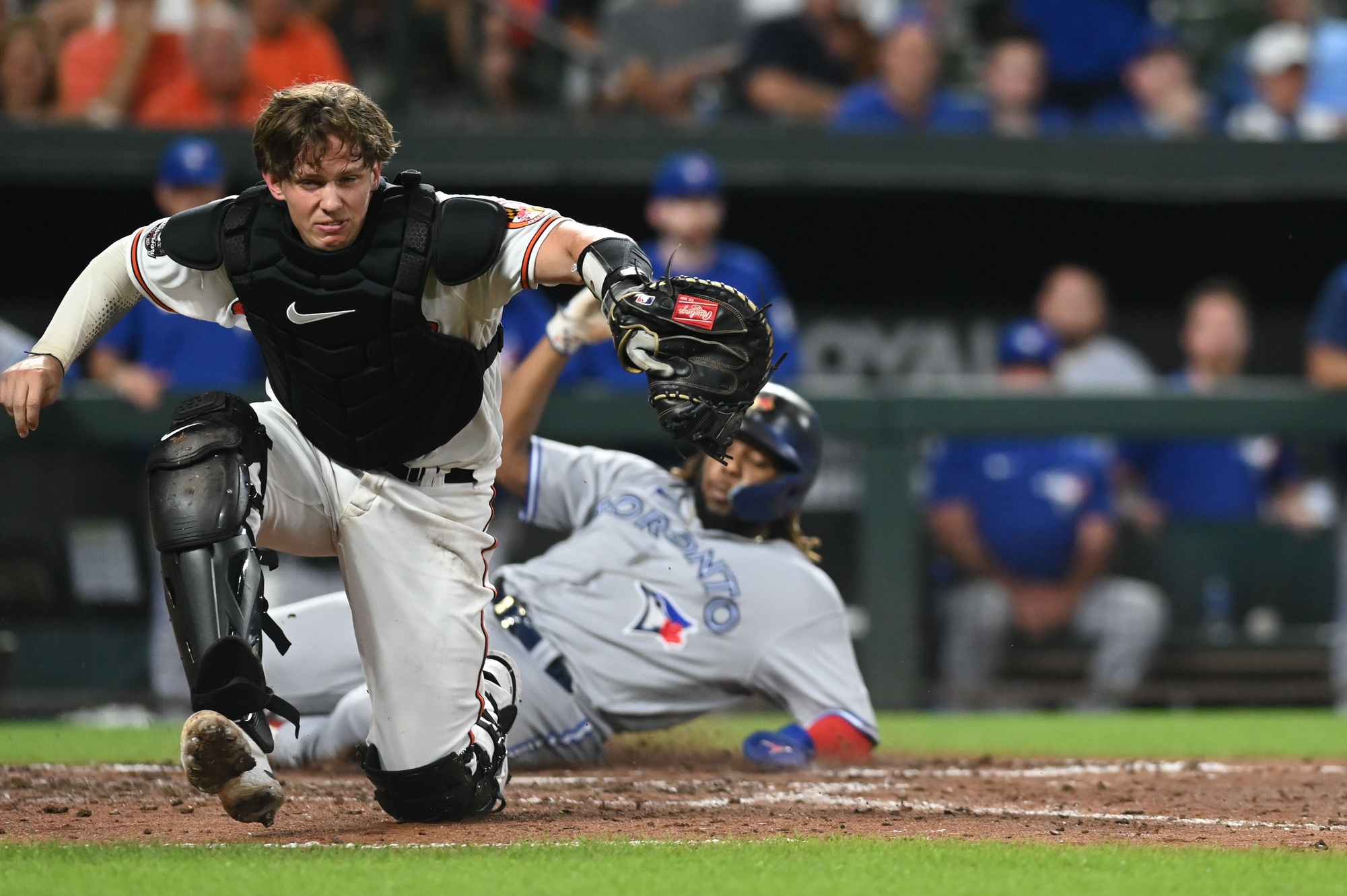 The Orioles begin a three-game series with the Toronto Blue Jays at Rogers Centre on Monday night and, with 48 games remaining, they’ll play 13 of them against the Blue Jays.

The Orioles have won four of the six games the teams have played this season. Last week, the Orioles won the two games played. The third was rained out and will be played as part of a Labor Day doubleheader on September 5th at 1:05 p.m.

After losing two of three to Tampa Bay over he weekend, the Orioles (59-55) are 2 ½ games behind Toronto, the leading wild-card team. They trail Seattle by 2 games and the Rays by 1 ½.

While they have 13 games remaining with the Blue Jays, including the final three of the season, they don’t have any left with either Seattle or Tampa Bay.

Sunday’s near-perfect game by Drew Rasmussen secured the season series for Tampa Bay, 10-9. The Mariners won four of six games against the Orioles.

The Red Sox and Orioles will play each other 10 more times, beginning with three this weekend.

“We’ve got everything we want in front of us,” Oriole starting pitcher Jordan Lyles said after Sunday’s loss to the Rays. “We’re in a good spot. I feel like we’re very confident. We let these last two games get away from us, win/loss-wise. We’ve got Toronto [on Monday], and we can put our stamp on things. Moving forward, we’re going to see a lot of guys in the division here shortly, so it’s up to us how we react and handle ourselves.”

Playoff schedule: Major League Baseball released the 2022 playoff schedule. Because the lockout will extend the season by three days, the World Series could end on November 5th.

The wild-card series, which is best 2-of-3, begins on October 7th, two days after the regular season ends. The team with the best record will play at home in all three games.

The American League Division Series, which is best 3-of-5, begins October 11th.

The game counts as an Orioles home game and will be shown on ESPN at 7 p.m. The Orioles and Red Sox play in Baltimore on Friday night and Saturday afternoon at 4:05 p.m.

“It’s going to be a cool experience,” manager Brandon Hyde said. “I’ve never been there. I’ve watched the Little League World Series since I was a kid. I remember that Saturday afternoon. I’d watch growing up. To be able to go to see what it’s all about is cool for everybody.”

Keegan Gillies, a right-hander selected in the 15th round, and right-hander Juan Nuñez, who was obtained from Minnesota in the trade for closer Jorge López, are also joining the Shorebirds for Tuesday night’s game at Salem.

Vespi’s record: Despite winning four games for the Orioles without a defeat, relief pitcher Nick Vespi is back at Triple-A Norfolk.

“It’s awesome. You’ve got to get lucky to be put in that situation to pick up the win,” Vespi said last week before he was optioned to Norfolk for the third time this season.

Vespi is 4-0 with a 3.98 earned-run average. Six of the nine earned runs he has allowed came on June 29th in Seattle when he recorded only one out.

Each of Vespi’s wins have come at home. In two of them, the Orioles took late leads.

“It’s been cool to be in that situation,” Vespi said.

Call for questions: I’ll be answering Orioles questions this week. Please email them to: [email protected]