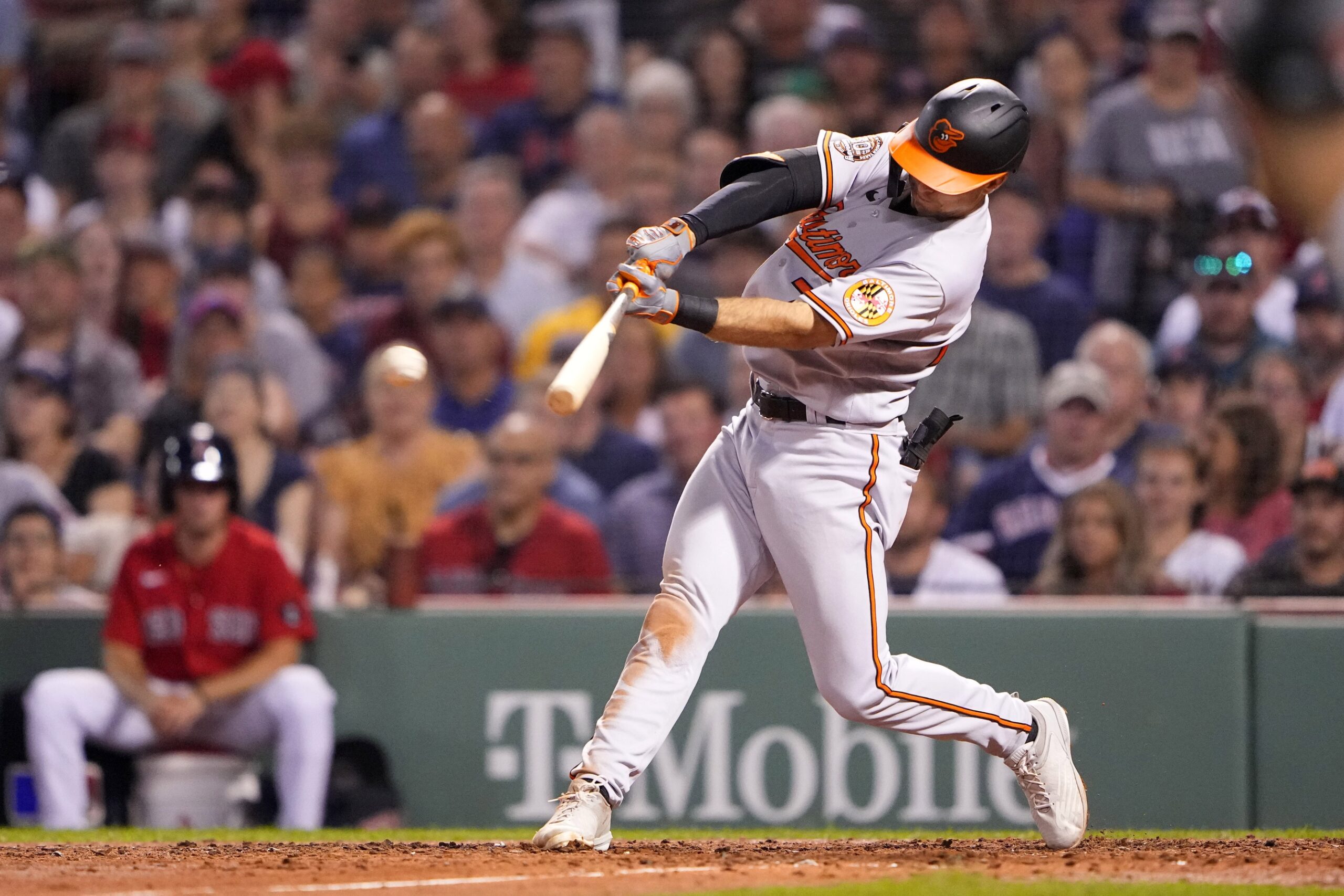 BOSTON—The Orioles came to Boston for one game, tied with the Tampa Bay Rays for the third and final wild-card spot. They leave trailing the Rays by a half-game after a 4-3 loss to the Red Sox before an announced crowd of 33,927 at Fenway Park on Thursday night.

After the game, they flew to Tampa Bay to begin an important series with the Rays on Friday night.

The Orioles (58-53) never led against the Red Sox, and their only scoring came in a three-run sixth that tied the score, 3-3.

Boston (55-58) scored in the first against Oriole starter Dean Kremer on consecutive doubles by Xander Bogaerts and Alex Verdugo. The Red Sox added two runs in the third when Jarren Duran led off with a single and scored on a double by Tommy Pham. A sacrifice fly by Bogaerts scored Pham.

The Orioies tied the game in the sixth when a one-out triple by Terrin Vavra off Josh Winchowski scored Adley Rutschman and Ryan Mountcastle. Austin Hays then hit a dribbler toward the first base line for an infield single that scored Vavra, who’s hitting .370 in his first 11 major league games.

“We had a really nice rally to come back down three,” manager Brandon Hyde said. “Vavra with a huge hit there, and we didn’t score after that. I thought we pitched fairly well, made a couple of bad pitches, but just came up a run short tonight.”

The Orioles had runners on first and third in the first, but Vavra was called out on strikes by home plate umpire Nick Mahrley.

“It’s too bad. There’s runners in scoring position there,” Vavra said. “I think I could have done a better job of making an adjustment and realizing he was going to be calling that pitch [a strike], but at the same time, I’m going to stick to what’s got me here. I think that gives you the best opportunity.”

In the fourth, the Orioles also had runners on first and third with one out, but Austin Hays hit into a double play to end the inning.

With two outs in the sixth, Kremer (4-4) walked J.D. Martinez and was replaced by Nick Vespi, who allowed a double to right by Eric Hosmer that scored Martinez to give Boston a 4-3 lead.

“We go out with the intention to win every night,” Kremer said. “Playoffs or not, we’re trying to win very night.’

In the top of the seventh, Jorge Mateo singled, stole second, his 27th steal of the season, and moved to third on a fly ball to center, but was left on third when Rutschman was called out on strikes to end the inning.

Austin Davis (2-1) recorded the third out of the sixth inning and John Schreiber pitched two scoreless innings for his fourth save. Ramón Urías singled with two outs, but Mateo struck out to end the game.

“Losing’s not fun. It never is,” Vavra said. “Especially when you’re in this situation, you want to go out and win every night, but the reality of it is that’s not going to happen. But what we can do now is focus on tomorrow and try to put our best foot forward and take each game as its own and not try to get too far down the road and do our best.”

Note: Austin Voth (2-1, 5.53) will face Corey Kluber (7-6, 4.05) when the Orioles begin a three-game series with the Tampa Bay Rays at Tropicana Field on Friday night. … The Red Sox earned their first series win against an American League East opponent with the win. They are 1-11-1 against the AL East.

Single-A Delmarva managed just five hits as they lost to Carolina, 4-0, in the completion of a game suspended by rain. First baseman Creed Willems had two hits.