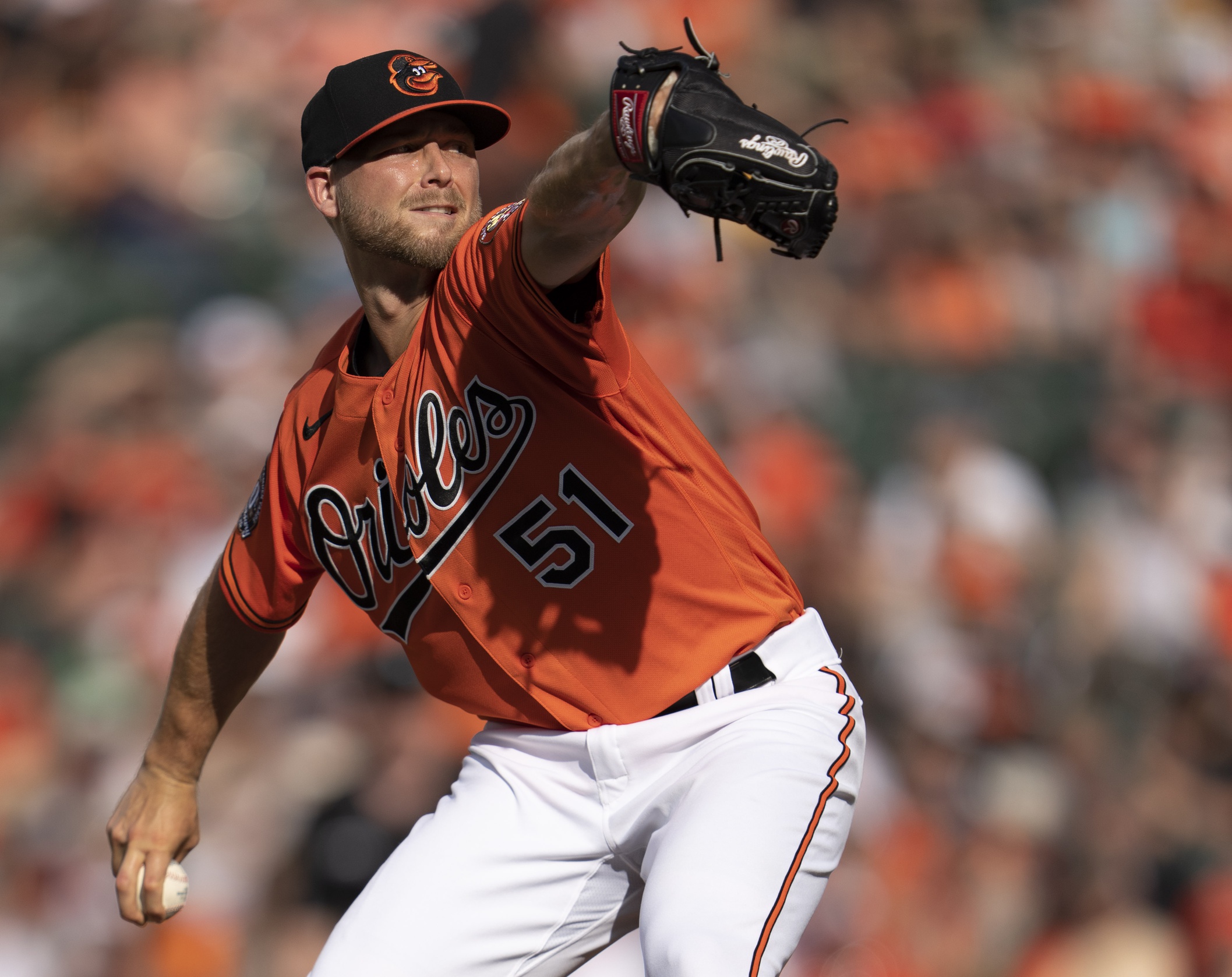 BOSTON—Austin Voth flew into Boston ahead of the team on Wednesday, expecting to have a day of rest before his scheduled start against the Red Sox on Thursday night.

Instead, Wednesday night’s game was rained out, and Dean Kremer, who was scheduled to start against the Toronto Blue Jays, will start instead of Voth, who is scheduled to pitch the first game of the Orioles’ series at Tampa Bay on Friday night.

“It’s just one day,” Voth said. “It’s honestly probably better because it’s just an extra day of rest. One extra day of rest is always good, especially this time of year. A free dinner, a good night’s rest and going to Tampa.”

Orioles manager Brandon Hyde hasn’t decided on his starters for Saturday and Sunday.

Voth was acquired on waivers from the Washington Nationals on June 7th. He’s 2-1 with a 3.19 earned-run average in 12 games, nine starts. Voth had a 10.13 ERA in 19 games with the Nationals.

“It’s been crazy, honestly,” Voth said. “I go from the bullpen to starting and pitching off and on, good and bad in D.C. to coming here and pitching pretty decent and turned my season around. It’s always good to be on a team that’s winning, that’s for sure. I’m happy to be here and glad to be with these guys.”

“It hasn’t changed that much,” Voth said. “We’ve just been more consistent for the most part. We’re doing all the little things. We’re hitting. We’re pitching well. All our starters are going deep in games. Our bullpen’s been a key piece on the team. They’ve been steady throughout the season. I think it’s just a combination of things, and everything’s going our way.

“We’re just rolling with it. We’re going into every day knowing that we have a chance to win and we’re just fighting.”

One-game series: Although it’s only one game against the Red Sox, the Orioles are attempting to win their fourth straight series. After a three-game sweep in Texas and winning two of three against Pittsburgh, the Orioles won two games against Toronto before Wednesday night’s rainout.

The Orioles were scheduled to play their second series of the season against Boston, and that series was postponed because of the Major League Baseball lockout. One game was made up as part of a May 28th day/night doubleheader, another will be made up on September 26th, and this is an unusual one-game series.

“It’s a little strange,” Hyde said. “Been in the big leagues for a while. You’re used to once or twice a year — you’d have to fly in for a one-day rainout that happened in April. It’s not a first for a lot of us, but it is a little bit unusual.”

The Orioles will play another one-game series against the Chicago Cubs on August 18th because of a June 8th rainout. The Cubs will have concluded a series in Washington the day before.

Wednesday night’s Orioles-Blue Jays rainout will be made up as part of a doubleheader on Labor Day, September 5th.

Minor league update: Top pitching prospect Grayson Rodriguez, who has been sidelined for more than two months because of a lat strain, threw from the mound for the first time on Wednesday. He had been throwing from 120 feet, and will throw off the mound again on Friday.