Orioles-Blue Jays game postponed by rain, will be made up as part of Labor Day doubleheader - BaltimoreBaseball.com 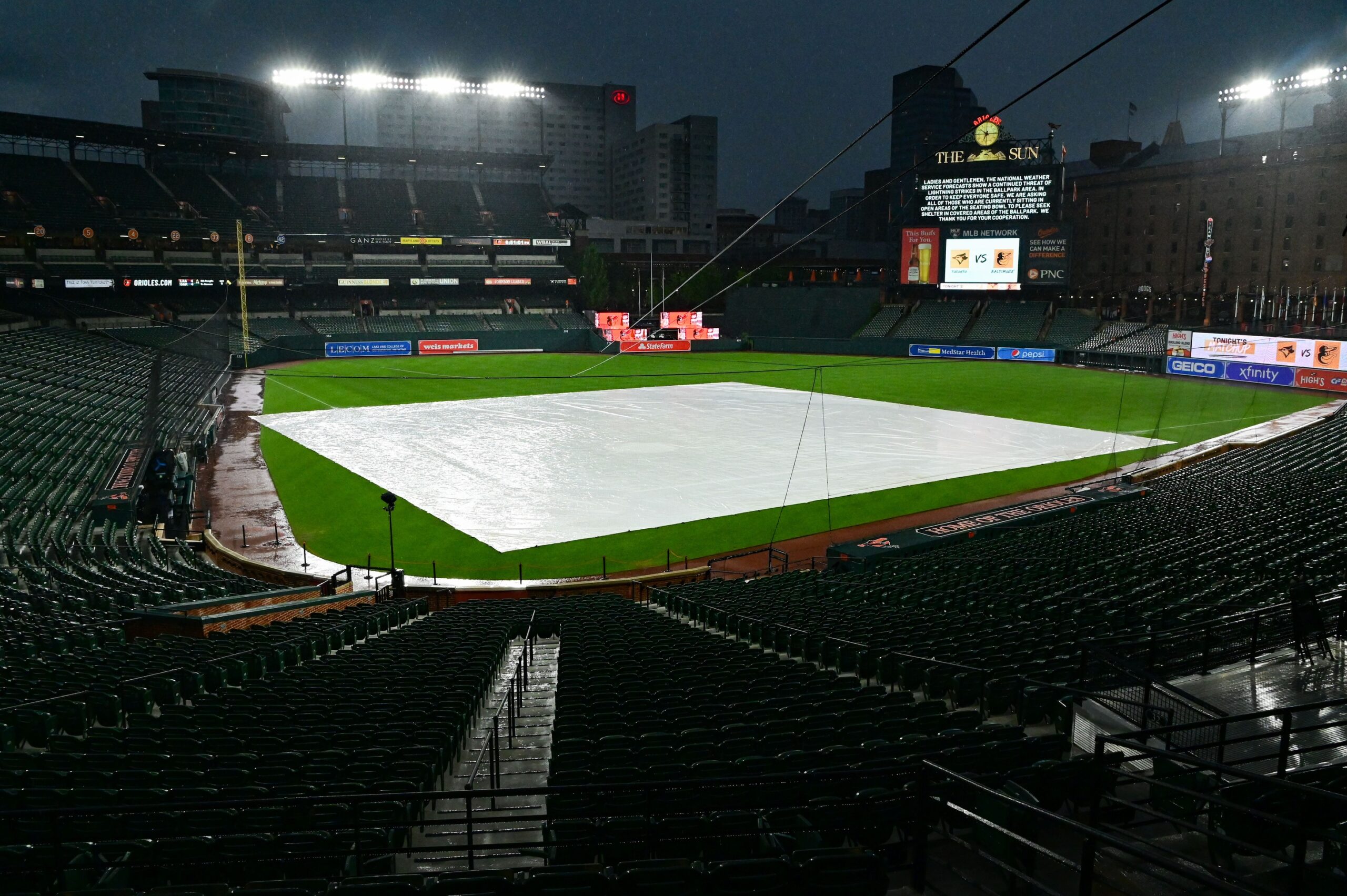 BALTIMORE—The Orioles’ scheduled game against the Toronto Blue Jays on Wednesday night was postponed because of rain. The game was scheduled to begin at 7:05 p.m., and the postponement was announced after waiting about an hour and 15 minutes.

The Orioles were scheduled to leave for a game in Boston on Thursday night and follow that with three games at Tampa Bay this weekend. The Orioles and Blue Jays play three games in Toronto on August 15th-17th.

The Orioles (58-52) are tied with Tampa Bay for the third and final wild-card spot.

Wednesday’s game will be made up on Labor Day, September 5th at 1:05 p.m. as part of a doubleheader. Toronto is scheduled to return two more times this season, September 5th-7th and the final three games of the season, October 3rd-5th.

This is the fourth rainout of the season. The Orioles and Kansas City were postponed on May 6th-7th, and those games were made up on May 8th and 9th. Their June 8th game against the Chicago Cubs is scheduled to be made up on August 18th at 3:05 p.m.

Note: Jackson Holliday, the overall No. 1 draft choice, made his professional debut for the Florida Complex League Orioles, and was 1-for-3. He played five innings at shortstop.