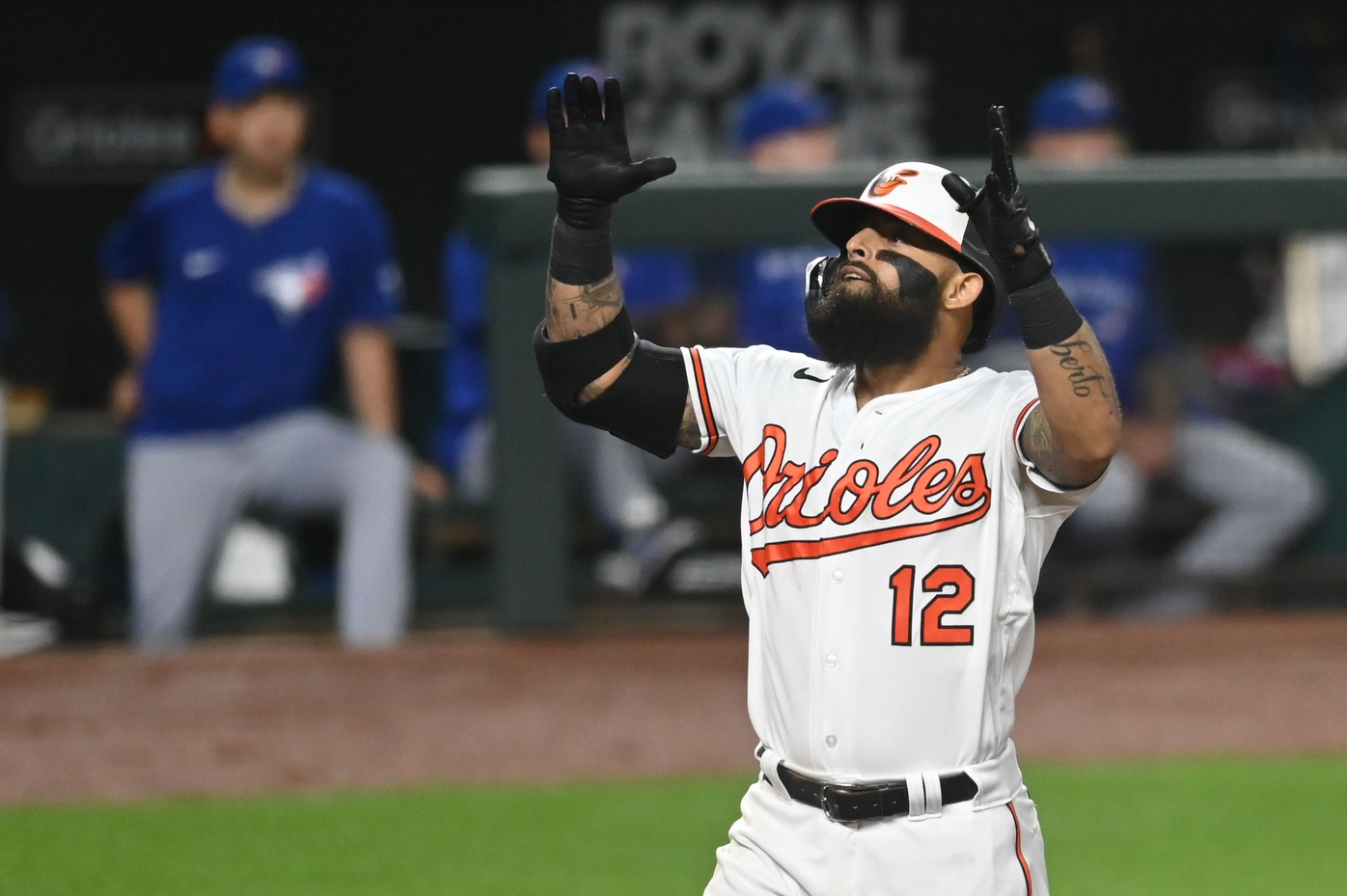 BALTIMORE—Second baseman Rougned Odor has had a tough start to August. Entering Tuesday night’s game against the Toronto Blue Jays, Odor was just 1-for-18.

That was forgotten when Odor hit a two-run home run in the bottom of the eighth that propelled the Orioles to their 25th comeback win, 6-5 over Toronto before an announced crowd of 11,080 at Camden Yards on Tuesday night.

It was the Orioles’ second straight win over Toronto (60-50) and improved their standing in the wild-card race. They’re just two games behind the Blue Jays.

“It was amazing,” Odor said. “When all your team is waiting for you like that, it’s the best feeling ever.”

Reliever Nick Vespi (4-0) struck out the two batters he faced in the eighth, and closer Félix Bautista, buoyed by a new entrance video, registered his sixth save, pitching a scoreless ninth.

“He really takes his best at-bats when the game is on the line,” manager Brandon Hyde said of Odor. “He understands the situation. We’ve seen him get huge hits for us in big moments. He loves being in that spot.”

Cedric Mullins led off the first with a walk against Toronto starter Alek Manoah. Adley Rutschman singled to left. Anthony Santander hit a sinking line drive that Toronto centerfielder Whit Merrifield thought he caught, and both Mullins and Rutschman were far off first and second. Merrifield threw the ball to Bo Bichette at short, who threw to first baseman Cavan Biggio.

It appeared the Orioles had hit into a triple play, but after Hyde appealed, it was ruled that Merrifield trapped the ball, and the bases were loaded.

Ryan Mountcastle grounded into a double play while Mullins scored. Rutschman came home on a single by Terrin Vavra.

Bichette hit his 16th home run with one out in the second to cut the Orioles lead to 2-1.

In the bottom of the third, Santander was hit by a pitch with one out and moved to third on ground-rule double by Mountcastle. He scored on sacrifice fly to center by Vavra.

“That’s what we’ve been doing all year, coming back late in games,” Bradish said. “If I can leave the game with a chance to win, then we’re in good hands.”

After the bottom of the sixth, the field was covered. Within five minutes, heavy rain began to fall and delayed the game by one hour, 18 minutes.

In the seventh, Mountcastle hit a double to score Rutschman, who had walked,  to cut Toronto’s lead to 5-4.

That set the stage for Odor, a big-moment player who also comes up big on defense.

“The reason why our record is what it is because we’re staying in the game on the mound, our bullpen’s been really good and we’ve been playing outstanding defense,” Hyde said. “It’s not because we’re outscoring people.”

Minor league update:  Centerfielder Kyle Stowers hit a grand-slam and drove in five runs, and second baseman Jordan Westburg hit a three-run homer and had five RBIs as Triple-A Norfolk beat Rochester, 11-4. Stowers’ home run was his 19th, and Westburg’s was his eighth.

The Akron Rubberducks scored three runs in the bottom of the ninth to beat Double-A Bowie, 6-5. The loss ended an eight-game winning streak for the Baysox. Third baseman César Prieto hit a three-run home run, his third, and centerfielder Colton Cowser had two hits. Cowser is batting .357.

Leftfielder Trendon Craig had three hits and drove in both Aberdeen runs in the IronBirds’ 3-2 loss to Hudson Valley.

Alexander Wells, who’s on the 60-day injured list because of left elbow inflammation, threw a hitless inning for the Florida Complex League Orioles in his first rehab appearance.